Advertisement
The Newspaper for the Future of Miami
Connect with us:
Front Page » Top Stories » 20-story hotel targets Edgewater 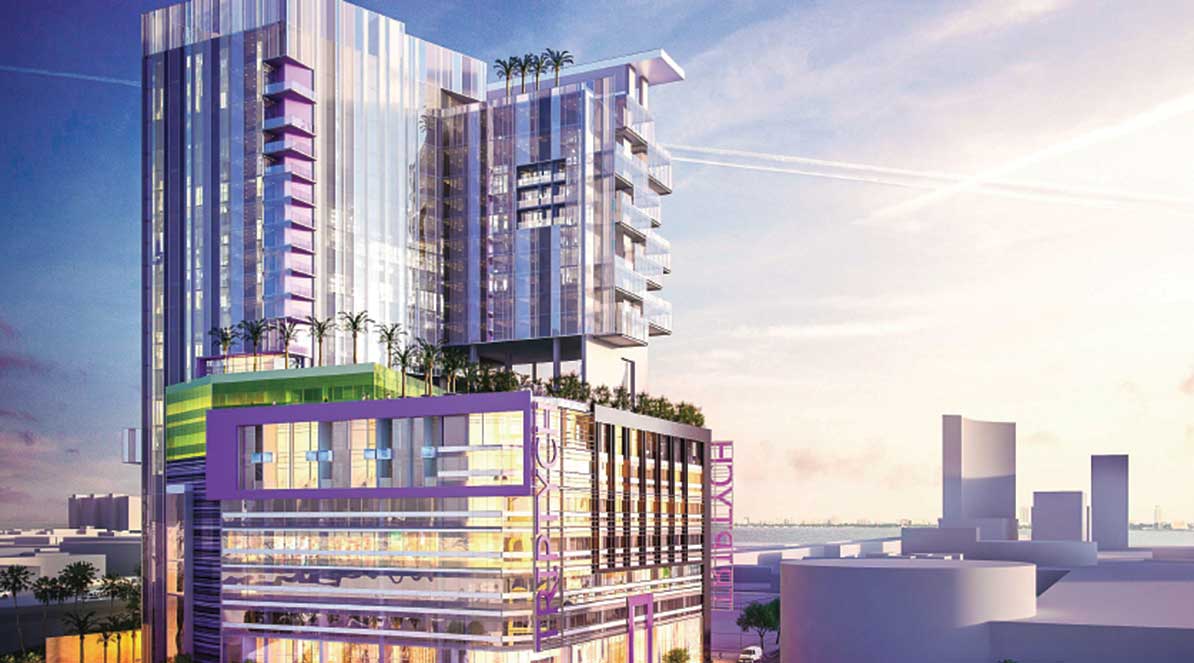 A mixed-use project that promises to bring high-end hotel rooms to Edgewater is planned for the crossroads of North Miami Avenue and 36th Street.

It’s called Triptych and is being developed by HES Group, a development company with ties to South Florida, the Caribbean and Venezuela.

It is planned for 3601 N Miami Ave. The city’s Urban Development Review Board examined plans and renderings May 20 and recommended approval of the project.

Triptych’s location is at the convergence of several booming neighborhoods, not far from Biscayne Bay and adjacent to I-195.

This close proximity is played up in the marketing for the development, touting its location “at the nexus of Miami’s three most dynamic neighborhoods,” the Design District, Midtown Miami and the Wynwood Arts District.

The development is designed by architectural firm Bermello Ajamil & Partners Inc. The head of the firm, Willy A. Bermello, is a member of the city’s review board. He left the dais and took a seat in the audience during review of his project.

Details of the plan for the high-profile site were presented by attorney Iris Escarra, representing the developer.

The overall project is to have about 408,000 square feet.

The tower is an open L-shape design, with a façade of overlaid patterns.

Amenities include a business center, outdoor bar/lounge, ballroom, two pools on the main amenities floor, a fitness center and a full-service restaurant on the roof deck.

There will also be a green wall built on an open plaza, with a water feature, designed in part to buffer the sounds from I-195.

Around the exterior area on North Miami Avenue are to be be covered shelter areas for pedestrians.

Board member Fidel Perez said it was a very nice presentation. “A little busy but it looks good …it’s a good project for the area,” he said.

Mr. Perez did have questions about the valet parking and the parking structure.

A developer’s representative said access to the parking levels would be from North Miami Avenue. A valet would be responsible for putting the vehicle into the mechanical parking system. Ms. Escarra pointed out the parking system is mechanized, not robotic.

A consultant on the parking system said it can handle 60 cars per hour, and there is a trained operator on the site at all times.

Board Chair Robert Behar called it a great project, saying the way the massing is being handled is fantastic. However, he did suggest simplifying some aspects of the building. “Keep it simple,” he said.

“Nothing ties it together… it just looks very complicated to me,” Mr. Marston said. He did praise the project’s attention to detail on its landscaping plan.