Advertisement
The Newspaper for the Future of Miami
Connect with us:
Front Page » Communities » Gift trolleys alter route choices

Written by Miami Today on May 19, 2015
Advertisement 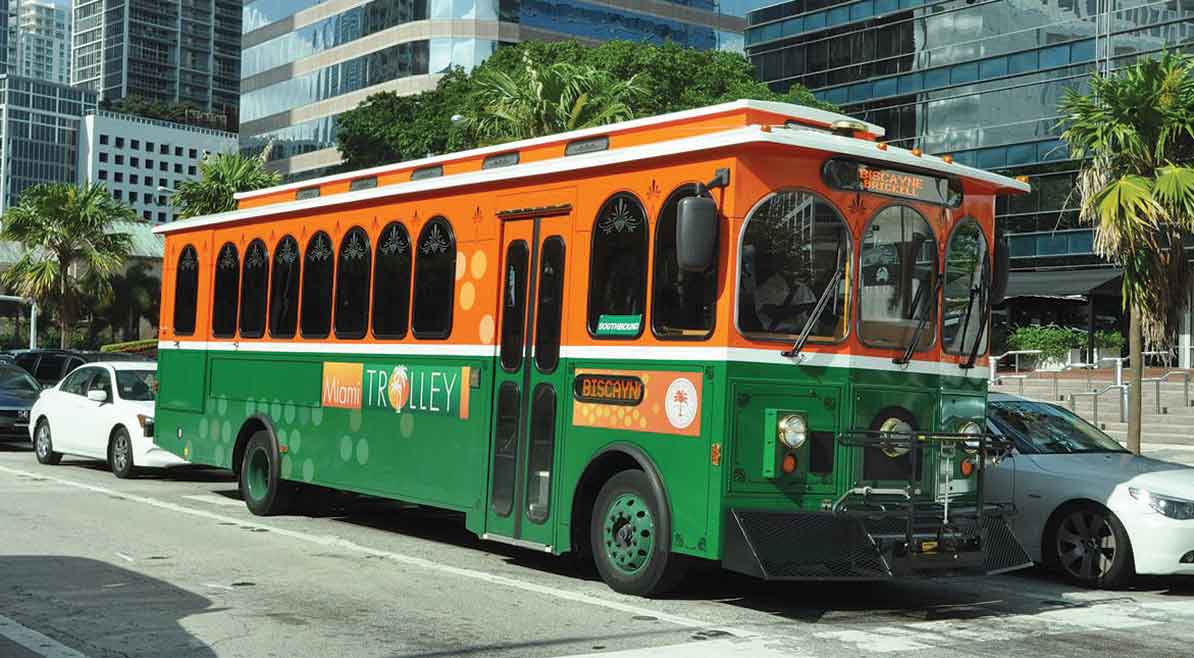 Miami commissioners had been debating for almost an hour which two new trolley routes to select when Marc Sarnoff, who’d left last week’s meeting for an outside event and returned, changed the whole debate with a promise of two free trolleys on a third route.

Suddenly the two routes became three as Coconut Grove was added to a mix with Wynwood and Little Havana to get new trolley routes within six months.

As commissioners voted to add the Little Havana route and prepared to vote to add a Wynwood route as well, Mr. Sarnoff, who had missed a long debate on choosing routes that finally won agreement on the dais after sharp words, cast the lone no vote and accused other commissioners of lacking a good analysis of the choice.

“Turns out we’re just like the MPO [Metropolitan Planning Organization, which sets county-wide transportation policies], which means we’re headed in a direction we shouldn’t be headed,” Mr. Sarnoff said.

Mr. Sarnoff said he had been told, without citing a source, that county bus routes would be impeded if the city started running the rubber-tire trolleys on new routes on city streets. Already, he said, in areas where the other commissioners had agreed to run trolleys there are county bus routes that run every seven to eight minutes, carrying senior citizens free. If the city puts trolleys there, he said, the county will pull the buses off the streets.

Plus, he said, the city will only be able to fund keeping its trolley system running for three more years.

But in Mr. Sarnoff’s Coconut Grove district, he said, he had an agreement from private businesses to fund one trolley and the Grove’s Business Improvement District had agreed to fund another trolley. Plus, he said, he had funding from those sources to operate one of the trolleys. Since a Grove trolley line would need only four vehicles, he said, the city could be halfway there on the trolleys if it decided to make Coconut Grove one of its chosen new lines.

Mr. Sarnoff said he had been working three years to get these deals set up, offers that could evaporate if the city left out a Grove route.

Persuaded, commissioners first voted 4-0 to begin a Wynwood trolley line and then agreed that, whether the state helps fund a third new trolley route or not, the city will pay what is necessary to get all three new lines going within six months. Commissioners did not ask for a total cost of the three new lines to compare with the total that might come from the state.

Deputy City Manager Alice Bravo told them, however, that while city staff thought the state might fund two new routes, the city might as well apply for three new routes and see if there are extra state funds: “We may just get a lucky strike.”