Advertisement
The Newspaper for the Future of Miami
Connect with us:
Front Page » Arts & Culture » Museums building new facilities

Written by Susan Danseyar on May 5, 2015
Advertisement 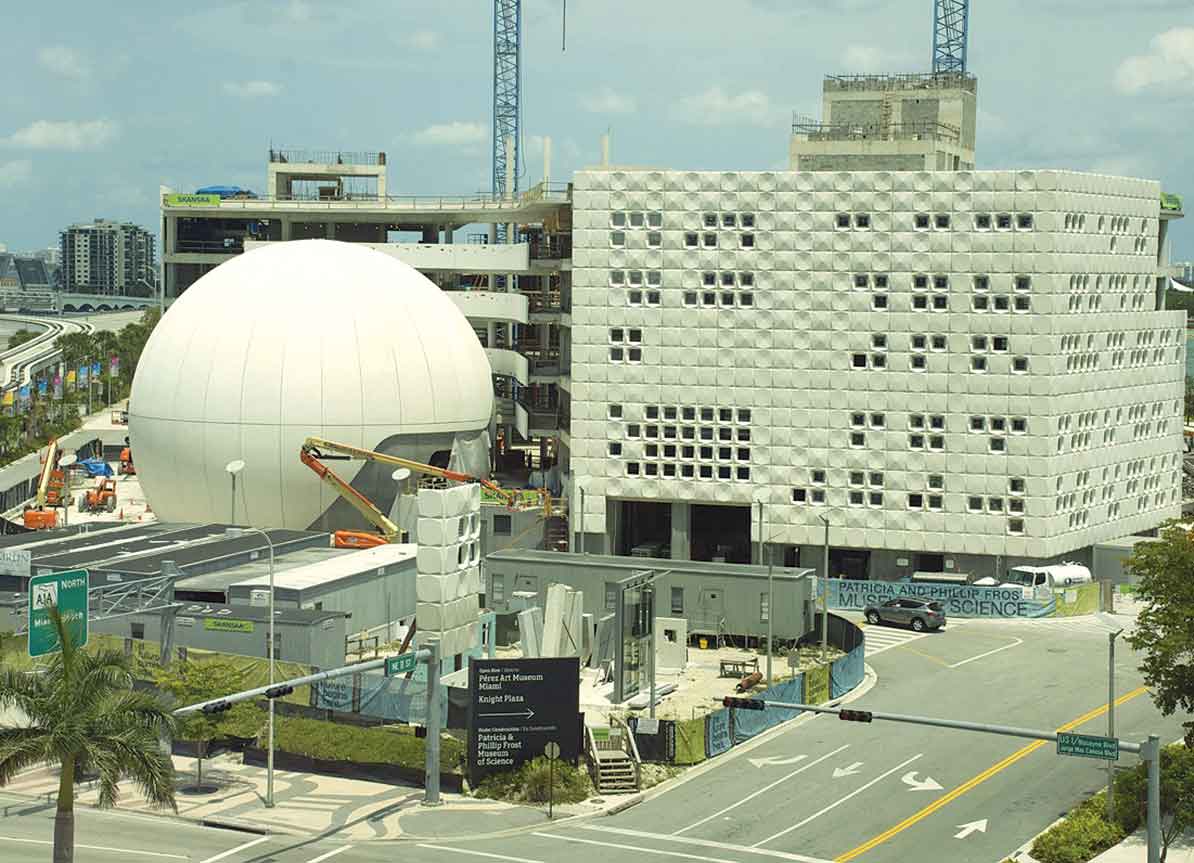 Miami’s reputation as an emerging world-class cultural hub is gaining strength as museums and galleries work on new facilities for even better display of their collections.

On the horizon is the Cuban Museum, scheduled to open Nov. 20 at 1200 Coral Way with an inaugural exhibit once the complete overhaul of its building is done.

The building, which was shut down for several years while the museum waited for its funding, had to be gutted due to deterioration, cultural consultant Ileana Fuentes told Miami Today in March. “All that was left were its columns,” she said. “When we open in November, it will be totally renovated and furnished.”

The building’s purchase and reconstruction is funded through a $10 million bond administered by the Building Better Communities Bond program, a voter-approved $2.9 billion countywide initiative to improve infrastructure.

The 15,000-square-foot museum is to include a 5,340-square-foot gallery space, a sculpture garden, museum shop, roof space for outdoor concerts and a 110-seat theater on the second floor for live plays, lectures, performances and films.

The Cuban Museum now has a five-member board of directors and is currently collecting donations of “anything and everything” related to the Cuban émigré community. Designated the Museum of the Cuban Diaspora, Ms. Fuentes said the collection will document developments in the history of the exile community.

The newly named Patricia and Phillip Frost Museum of Science is looking ahead to its new home at 1101 Biscayne Blvd., sharing the city’s 40-acre Museum Park with Perez Art Museum Miami. Formerly called Miami Museum of Science, now located at 3280 S Miami Ave., Frost Science – for short – does not have an opening date set but officials are aiming for the summer of 2016.

According to Frank Steslow, chief operating officer, the 250,000-square-foot complex will have four separate buildings: a state-of-the-art, fully digital ultra high-resolution planetarium; the exploration center, containing the permanent exhibits of “Feathers to the Stars” and “River of Grass” as well as a 10,000-square-foot special exhibit hall; an entrepreneurial innovation center; and a living core with four South Florida ecosystems, including a three-story Gulf Stream aquarium.

The complex, which will cost $300 million, took two years to design and will be two years in construction, Mr. Steslow said. Most of the building is in architectural concrete, he said, so extreme care was taken with its pouring. The aquarium will use natural seawater in exhibits for which a sea water intake was installed into Biscayne Bay.

Moreover, Mr. Steslow said, the building is flood-proof up to 20 feet above sea level and has a robust set of emergency generators to handle a storm surge.

The Institute of Contemporary Art Miami (ICA), now in the Moore Building at 4040 NE Second Ave., opened to the public free of charge starting in December 2014.

Museum officials did not respond to interview requests, but the website states the new facility will feature more than 20,000 square feet of exhibition galleries and a 15,000-square-foot public sculpture garden.

A number of galleries are cropping up, including Frederic Snitner’s at 1540 NE Miami Court. Originally located in Wynwood, the Frederic Snitzer Gallery, well-known across the nation since its start in the 1970s, relocated downtown.

Mr. Snitzer said the gallery opened in summer 2014 after work was completed on its warehouse. It’s an old building so the renovation was a complicated and often difficult process that took about five months, he said.

Now, however, Mr. Snitzer said the gallery has an additional 1,000 square feet with a large, walled-in exterior space that has potential for events and a sculpture garden.

“With an expanded space, we now have the option to hold two exhibits at once and make use of our roomy storage area,” he said.

For anyone who has a hankering to see exhibits at Perez Art Museum Miami or enjoy an interactive family day at the Miami Children’s Museum, May is the time to do so. It’s International Museum Day on the 18th but Greater Miami and the Beaches are celebrating for the entire month.

Visitors will receive “Buy One Get One Free” admission at select Miami museums including the Bass Museum of Art, which features major European paintings, and the Miami Auto Museum at the Dezer Collection, which has over 1,200 vehicles on display from some of Hollywood’s most celebrated films and television shows.

Museum visitors who sign up for membership at participating “Join One Museum See Them All” museums will receive free admission at other partner properties. Participating museums include the Institute of Contemporary Art, Miami Children’s Museum and the Patricia & Phillip Frost Art Museum at Florida International University.