Advertisement
The Newspaper for the Future of Miami
Connect with us:
Front Page » Top Stories » Strong dollar lures US visitors to Miami 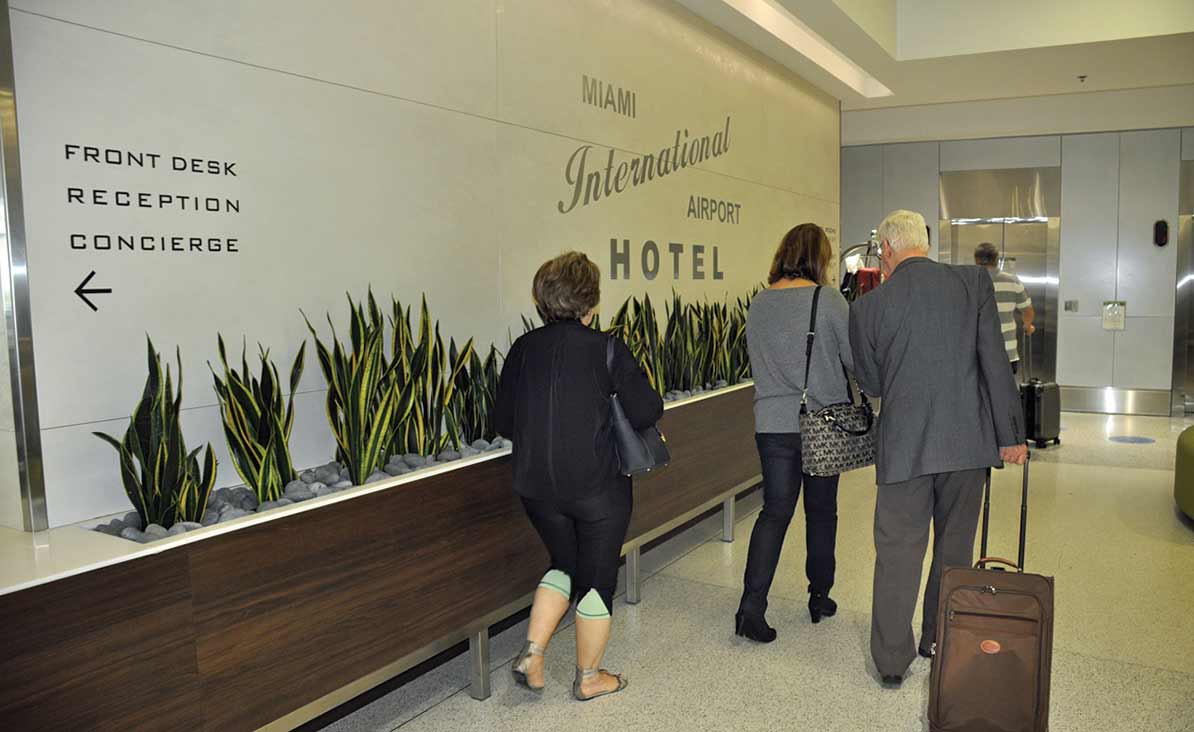 Strengthening of the dollar is bringing more domestic travelers to Miami, the Greater Miami Convention & Visitors Bureau confirms, though it notes that the number of international visitors remains high.

About half of Miami’s visitor business is international and half domestic, said Rolando Aedo, bureau senior vice president of marketing and tourism.

“We tend to be hedged,’ he said of that split. “Based on the research we’ve done and what our consultants tell us, 2015 will be a strong year overall.”

“We monitor all these metrics and our key one is hotel room rates, which continue to be the highest in the country,” Mr. Aedo said. “Either way – no matter where you’re from – you’re charged the same room rate.”

Record February demand for travel to Miami-Dade marked the second straight month at the peak of the top US markets, as rated by Smith Travel Research, for revenue per available room, average daily room rate and hotel room occupancy. In 2014, the Greater Miami Convention & Visitors Bureau reported a record 14.5 million overnight visitors; a record $23.5 billion spent by visitors on lodging, food, shopping, transportation and entertainment; and a record $200.5 million in tourist-related tax collections.

In the past six months, about 1,700 additional hotel rooms have come online in Greater Miami, generated by both new and rebranded hotels, said Wendy Kallegis, president and CEO of the Greater Miami & the Beaches Hotel Association. In the next five years, she said, an additional 7,500 rooms will accommodate guests.

“Miami Beach is an international destination for business and leisure travel,” said Jack Portman, vice chairman, in a written release. “Portman has submitted a bid for the convention headquarter hotel that is fitting for the city’s global stature, will complement the new convention center, and respects the local community.”

“This is nothing new,” he said. “We’ve had political and economic changes [notably when Mexico and Argentina faced problems] and there was still a healthy number of international visitors.”

Ms. Kallegis said Miami has seen such “phenomenal” numbers of international visitors that the hotel association, convention bureau and hotel owners closely monitor data month by month to see if economic problems in other countries are affecting the visitor industry in Miami.

Ms. Kallegis said the value of the Russian ruble has recovered somewhat in recent weeks. She said Brazil’s political unrest and price of commodities is a concern but believes, in the long-run, the country’s economy will be fine.

Moreover, he said, international visitors spend significantly more than those coming from domestic locations, and the main difference is in shopping.

Mr. Aedo said the top priority for 60% of international visitors is shopping, compared with 13% of domestic visitors.

Mr. Aedo said the retail community might be more susceptible to any changing visitor habits. However, he said, the tourist industry hasn’t seen falloff overall but, rather, just greater growth from domestic travelers.

Ms. Kallegis says she isn’t concerned about the retail industry. “Growth in domestic travelers is good news because it means our economy is coming back,” she said. “If our economy is better we’ll spend more, and all the new retail coming to Miami is a good sign.”

This week, Air Europa – one of Spain’s largest airlines and a member of Skyteam – launches its newest route from Madrid Barajas Airport to Miami International Airport. The airline will fly daily between the two cities.

The euro is strengthening, Ms. Kallegis, and “Miami should see more European visitors this summer.”

We are fortunate to have such a vibrant international market, Ms. Kallegis said. “It will always come back, always be our market.”

One Response to Strong dollar lures US visitors to Miami