Advertisement
The Newspaper for the Future of Miami
Connect with us:
Front Page » Transportation » Out-of-sync US 1 signals vex city hall 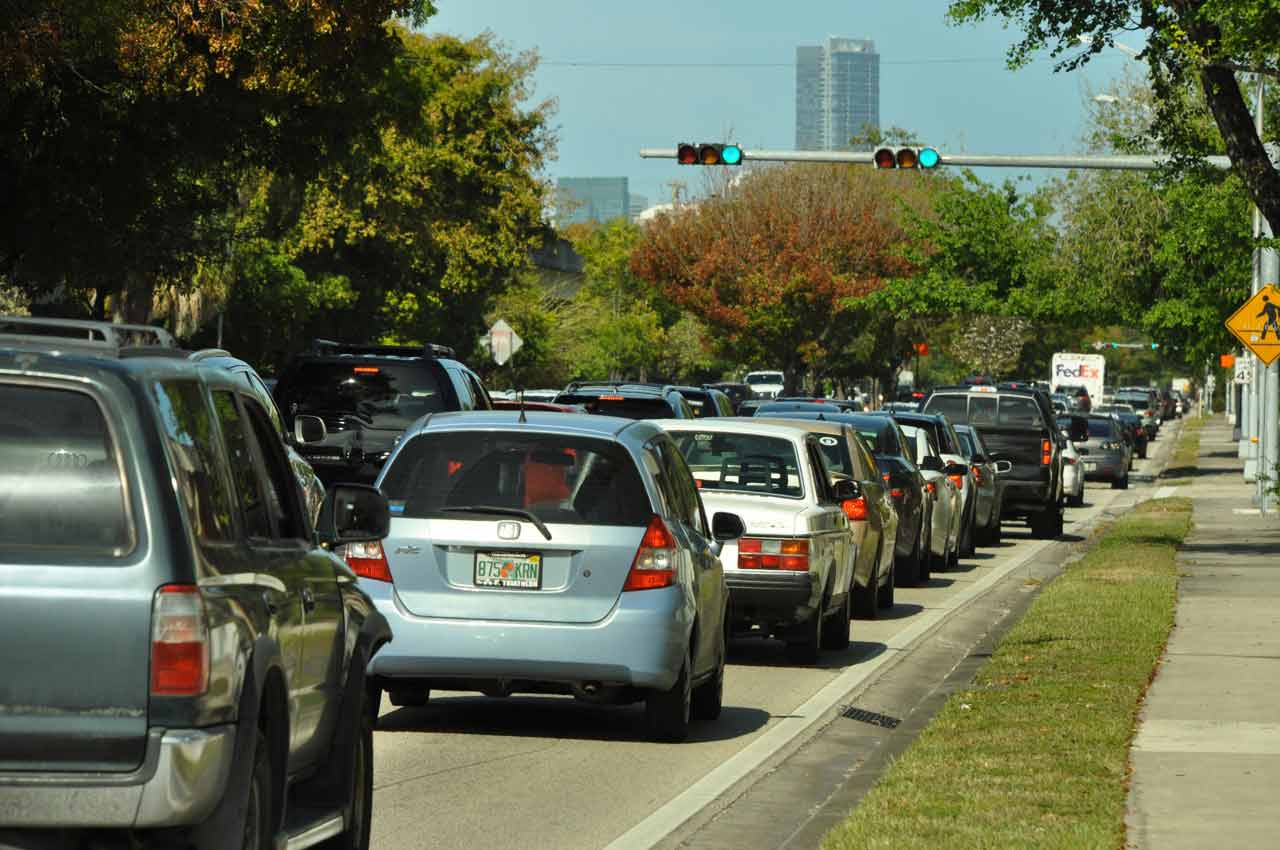 Imagine paying a $6 toll for the privilege of driving into Downtown Miami.

City officials, frustrated by growing gridlock, are discussing using tolls to encourage more Metrorail use, hoping to get more cars off the road.

Talk of congestion was initiated by Commissioner Marc Sarnoff, who asked city chief transportation manager Carlos Cruz-Casas to report April 9 on traffic’s chokehold on the city.

The bottom line from city officials is that Miami-Dade County’s traffic signals along US 1 are out of whack and turning the vital thoroughfare into a stop-and-go parking lot.

Mr. Sarnoff acknowledged that the county is responsible for the entire county roadway system, but said it is not devoting enough time and attention to the City of Miami.

The US 1 corridor is the only connection to major urban centers, from the Kendall/Dadeland area to Brickell and Downtown Miami, said Mr. Cruz-Casas.

While traffic has grown on the artery, volumes along major roadways crossing US 1 have increased too, causing big back-ups at Southwest 27th Avenue, Southwest 32nd Avenue, Bird Road, Douglas Road and other intersections.

Mr. Cruz-Casas told commissioners that the county’s traffic signalization is out of sync along US 1. And the 12 traffic signals along four miles of US 1 from LeJeune Road to the Rickenbacker Causeway add up to heavy congestion.

•More mixed-use developments and the addition of residential units in Downtown Miami are changing travel patterns.

•Traffic growth on US 1 has balanced out, creating similar levels of congestion throughout the day in both directions. More than 4,500 vehicles per hour were counted each hour from 7 a.m. to 7 p.m.

•The dynamic growth of Miami is outpacing the signalization system and officials need to find a way to meet the travel demands.

Mr. Cruz-Casas told commissioners that he and Deputy City Manager Alice Bravo will meet next week with members of the county’s public works department and those who deal with traffic signalization.

“The meeting is scheduled for next Monday and it is my goal to discuss different issues regarding traffic signalization within the City of Miami. The main focus will be on the US 1 corridor, Brickell area-wide, near the recently opened Whole Foods in downtown, and downtown-wide signalization improvements,” Mr. Cruz-Casas told Miami Today.

“Improvements to be discussed will vary in nature and will be targeted to the need of the areas.  Some will be to increase vehicular capacity, while at other locations might be to enhance walkability and pedestrian safety,” he said.

Ms. Bravo told commissioners the reality is that the area’s roadways are “bursting at the seams” and “all solutions are transit-based.”

It was City Manager Daniel Alfonso who specifically mentioned a $6 toll to drive downtown.

“Transit-based ideas are the solution for US 1. I was thinking, like in New York, you pay $6 to go into Manhattan. Maybe we put a $6 toll before you come into Downtown Miami on US 1, and people would park at Dadeland South a lot more and get on the train,” he suggested to commissioners.