Advertisement
The Newspaper for the Future of Miami
Connect with us:
Front Page » Communities » Grove retail in turnabout 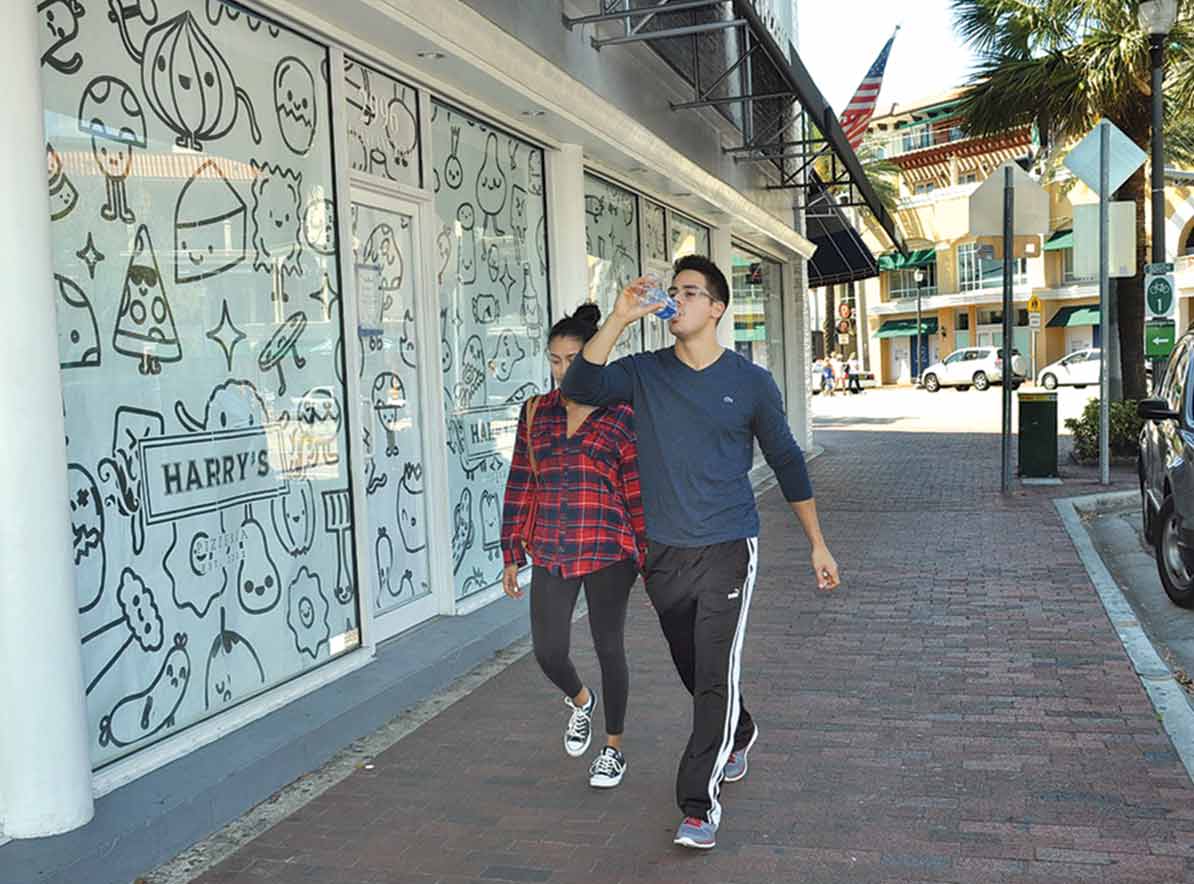 When the Coconut Grove Business Improvement District began making retail analyses in 2013, there were 21 empty storefronts compared with just eight today, pointing to strong demand for what business leaders and tenants describe as a vibrant, increasingly desirable area.

Within a few months, Mr. Gonzalez, said the BID expects an influx of new tenants to open within the district including Panther Coffee at the Engle Building at McFarlane Road and Main Highway along with the Büro Group and Harry’s Pizzeria. Arquitectonica re-designed the building.

The Grove is one of South Florida’s most dynamic neighborhoods, said Michael Feinstein, founder of CEO of the Büro Group. The company, which offers flexible space for entrepreneurs, creative professionals and small teams, will be opening its fourth location on the entire second floor of the Engle Building and began renovating the 11,000-square-foot space last week. Mr. Feinstein said Büro is to open Aug. 1 with room for about 150 people – 12 to 15 companies. A number of potential tenants, he said, already have expressed interest in renting at the new Büro location.

“Coconut Grove is amazing, with a lot of premiere local brands moving in,” Mr. Feinstein said. “There’s been a total resurgence of the neighborhood much like MiMo and Sunset Harbour,” where Büro also opened locations since the company was founded in 2009.

Mr. Gonzalez said construction is in progress at 3300 Mary St. to house Elia Restaurant, offering Greek and Mediterranean cuisine. Farinelli:1937, a new restaurant primarily serving pizza and sandwiches along with a variety of champagnes and craft beer from Italy, will open in the fall at 3195-3197 Commodore Plaza, he said.

Le Macaroon, a French pastry franchise, will also open in the fall at Cocowalk, Mr. Gonzalez said. Choices Café, offering vegan and gluten-free meals, will open its fourth location at 2895 McFarlane Road with a yoga studio above run by Pablo Lucero, who currently teaches classes at Dharma Studio in the Grove, he said. And YouFit will open in Cocowalk, he added, taking two floors for its 17,000-square-foot gym.

Bombay Darbar will leave its Commodore Plaza space, which is being absorbed by Farinelli’s, and upgrade to a 7,400-square foot restaurant at 2901 Florida Ave. that was formerly TK’s.

“We have seen a dramatic decrease in empty on-street storefronts from Jan. 1 to April 1 in the district,” Mr. Gonzalez said. “In addition, some of the eight remaining vacant on-street storefronts currently have their respective buildings either scheduled for façade facelifts or entire reconfiguration of spaces to meet the needs of potential tenants interested in coming to the Grove.”

A number of the Grove’s still-empty storefronts are at the so-called Johnny Rockets corner on Main Highway. PointeGroup Advisors owns the property, stretching from the well-known American franchise whose themed décor is based upon 1950s-style restaurants to the former Guess space that now houses a discount clothing store. TK Nails, which will move to Cocowalk, is there along with Sunglass Hut.

“This is a prime location,” said Mr. Gonzalez. “The spaces may need to be combined for the right user.”

On any given day, one can see workers outside some of the storefronts with paint brushes and tools.

Peter Gardner, president of PointeGroup, said his real estate company puts a fresh coat of paint on every property it purchases and is replacing roll-down shutters.

“We’re improving the properties for future tenants and talking to three different potential pop-ups,” Mr. Gardner said. “We’re looking for a mix of restaurants and service retail for the center and are reconfiguring to give more desirable space to the tenants who are looking.”

PointeGroup is aiming for the 1,000-square-foot Johnny Rockets space to eventually be a restaurant, he said. “We’re excited to bringing a breakfast, lunch and dinner operation there,” he said. “A bigger space offers more options for restaurant users we’ve talked to.”