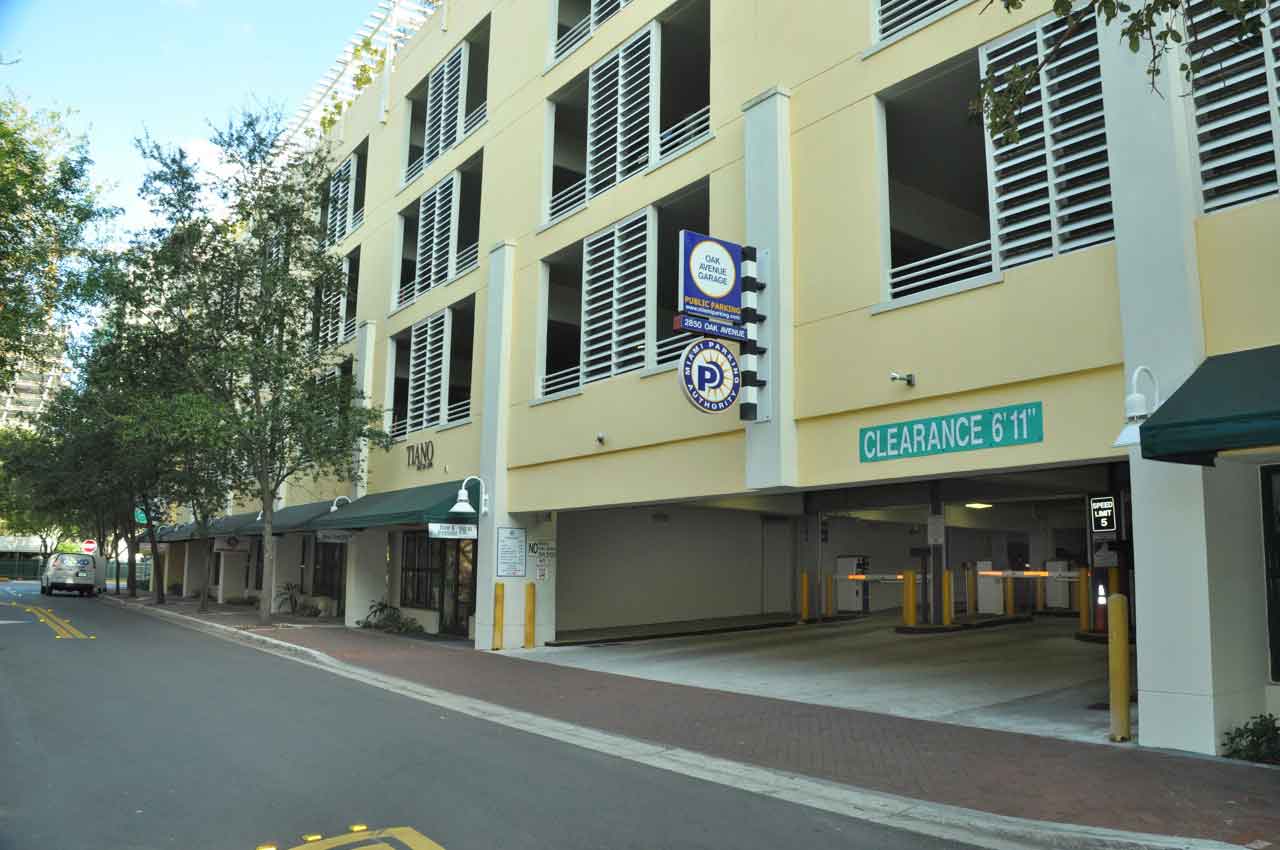 A city-owned parking garage in Coconut Grove is being sold to a well-known developer for $16 million.

The Miami Parking Authority built and owns the Oak Avenue Garage. On April 1 the city’s Off-Street Parking Board agreed to sell it to Terra World Investments LLC.

Terra, based in the Grove, says it has no immediate plan for redevelopment and the building will remain open for parking. Terra’s unsolicited proposal to buy the garage triggered the sale.

“Terra is working with the City of Miami Parking Authority to finalize the sale and purchase of the Oak Avenue Garage in Coconut Grove,” David Martin, Terra president and an owner, wrote via his PR firm in a statement.

“Our plan is to hold the property for the long-term, with the public garage remaining fully operational and a repositioned retail component on street level,” he said.

Businesses now in the ground floor include The Workout Spot, OXXO Care Cleaners, Jaguar Therapy and Tiano Salon & Spa. A City of Miami Neighborhood Enhancement Team office is in the building.

“Our firm is heavily invested in the rebirth of Coconut Grove through [condo tower projects] Grove at Grand Bay and Park Grove. This project will bring new retailers and amenities to the neighborhood,” Mr. Martin wrote.

The authority built the multi-level, 388-space garage at 2860 Oak Ave. on about 85 hundredths of an acre. It has four levels of parking, including the roof. The building, bordered by Mary and Rice streets, is near the Shoppes at Mayfair.

When the parking board gets an unsolicited proposal to buy its real estate, it advertises for more proposals. After receiving a proposal from Terra to buy the garage, the board agreed in February to advertise for other purchase proposals. It received three. Terra’s proposal was the lowest.

“Their deposit level was higher,” said Authority CEO Art Noriega, “plus it includes $100,000 up front.”

Mr. Noriega told the board that Terra has the strongest financials and it made the first pitch to buy the building.

“It all sort of lined up,” he said, in explaining the staff recommendation to sell to Terra.

Mr. Noriega said any sale of the garage will require that part remain open for public parking.

In February, Mr. Noriega encouraged the board to consider the sale, saying it was a way to “leverage our public assets… [and] this will give us an opportunity to build more in Coconut Grove.”

He reiterated that April 1, acknowledging that the Oak Avenue Garage “never performed” the way the authority had hoped. With the sale proceeds, he said, the authority can reinvest back into the Grove community.

“We can use the proceeds [from the sale] to build a new garage in Coconut Grove,” he said.