Advertisement
The Newspaper for the Future of Miami
Connect with us:
Front Page » Communities » North Beach on comeback trail 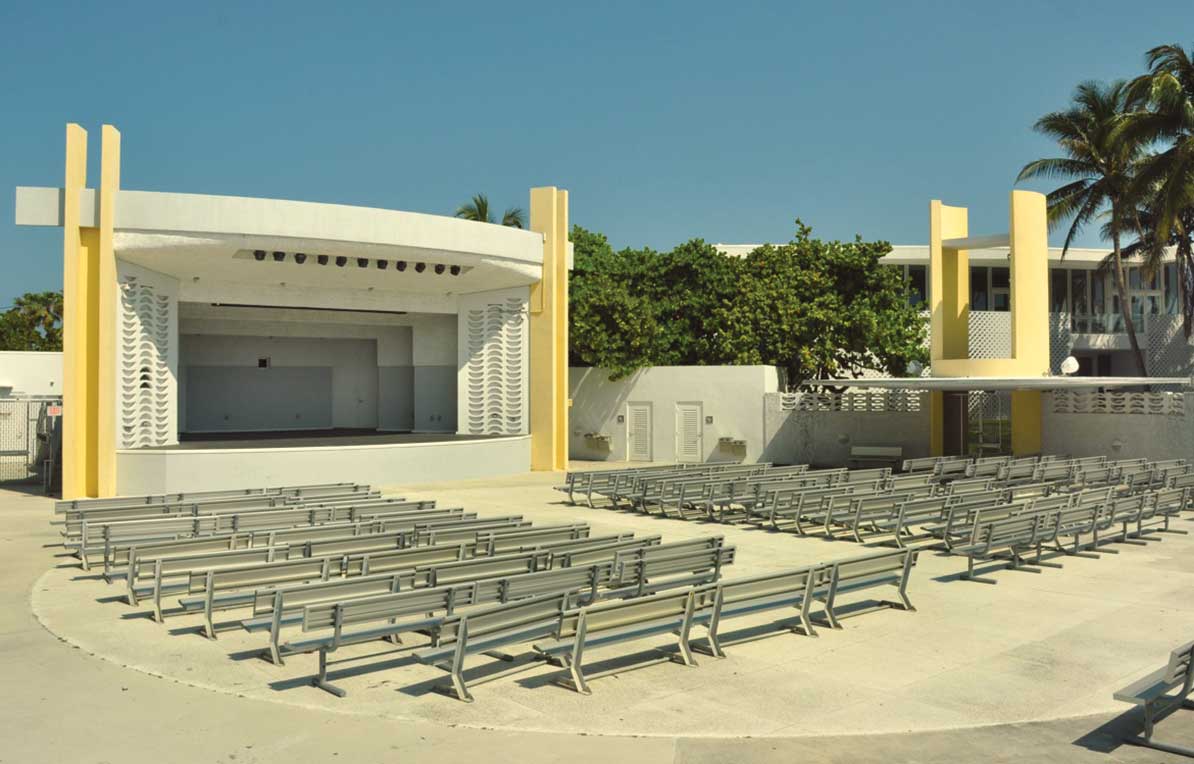 There’s more to Miami Beach than the epic pool parties of SoBe.

The bundle of barrier islands with a penchant for pastel colors and swaying palms has another neighborhood that doesn’t mind its slower pace and more family-oriented character.

It’s North Beach, and there’s plenty more there than its iconic band shell.

The folks who’ve made North Beach home for decades are quick to boast about their slice of paradise, and point out the virtues of the sandy locale north of the hubbub at the core of Miami Beach.

North Beach locals are so proud of their neighborhood that they offer tours the first Saturday of every month. The walking tours are led by volunteers of the Miami Design Preservation League.

North Beach is generally defined as the area north of 63rd Street to the city limits at about 87th Terrace.

While the city government is working to revitalize North Beach with an accent on family-oriented spaces, the people themselves are willing to roll up their sleeves and get their hands dirty to make improvements.

Just last month volunteers young and old turned out to Crespi Park to assemble and construct a new playground. The rebuilt park is hugged by Hawthorne Avenue, 79th Street and Crespi Boulevard.

Most if not all of the parks in North Beach have been tended to, say city officials.

“You’d be hard pressed to find a park in North Beach that we haven’t spent money on in the last year,” said Jeff Oris, the city’s Economic Development Division director.

Even more park improvements are included in an action plan adopted by the city commission in late 2014.

About a year ago the city launched an effort to craft a comprehensive economic development and revitalization plan for the area, which included hosting several community workshops.

The goal was to update the community vision for North Beach and to reinvigorate efforts to enhance the district.

“This strategy document is not intended to be a major re-design of North Beach…,” says the introduction. “It is intended to be the initial plan of efforts to initiate long term revitalization by outlining projects to be undertaken in the short run to eliminate the area’s ‘tired and run down’ feel and appearance while simultaneously adding activity to the area.”

“Data shows the potential for between 487,929 and 609,910 additional square feet of retail space can be added during this time of economic recovery,” the plan says. “It is most likely that this demand will grow as the national and worldwide economies continue to recover from the recent recession and as North Beach becomes a more reliable regional and tourist draw and as residents gain more disposable income.”

In the meantime, Mr. Oris said the city is working to implement the action items in the plan OK’d in December.

Major streetscape work is planned for all of North Beach, he said, as are improvements around the Normandy Fountain area.

While working on the revitalization plan, the city last year made several improvements, Mr. Oris said.

The city established a free trolley system that loops throughout North Beach.

It revived an old vacant theater into O Cinema, offering movies and other shows.

“We got the Normandy Fountain working again,” said Mr. Oris, where Normandy and 71st Street converge. Built in the 1920s when Normandy Island was being developed, the antique fountain hadn’t worked in decades.

Fixing the fountain was a big deal.

“That was a major symbolic move to the community, showing that we were serious about making improvements in North Beach,” Mr. Oris said.

The city worked with developer Terra Group, which is redeveloping the old Howard Johnson’s hotel site. The city signed over a street end to Terra, which in exchange will donate $10.5 million to the city, he said.

The city commission has earmarked $6.5 million for improvements to the North Shore Open Space Park, and the rest of the money will be spent north of 65th Street, Mr. Oris said.

In addition, the mayor’s office along with the Greater Miami and the Beaches Hotel Association hosted a symposium to begin talks on how best to get more hotel rooms in North Beach. Mr. Oris said discussion dealt with how to be more appealing to developers in encouraging them to build or renovate hotels.

“They would be the smaller boutique-type hotels. The economy there needs that shot of daily visitors spending money,” said Mr. Oris.

The city is also very close to a deal with a company to manage events programming at the North Shore Park Band Shell, renovated in 2011.

Another change is installation of a high-end sound system to offer a continuity of sound, he said.

“The new system directs the sound away from residential areas and offers a more consistent sound output,” Mr. Oris said.

And while improvements are welcome, the area’s historic roots are protected as well.

In November 2009, the National Register of Historic Places announced that Miami Beach’s North Shore Historic District had been added to the list.

Unlike the Art Deco District, the North Shore designation is based on a characteristic style of Miami Modernism, also known as MiMo, a post-war modern style of architecture that features acute angles, delta wings, sweeping curved walls and soaring pylons and is unique to Miami.

North Beach has one of the largest and most cohesive concentrations of such buildings in South Florida, including landmark hotels, commercial buildings and apartment buildings.

City officials at the time of the designation said they hoped that MiMo would be to North Beach what Art Deco is to South Beach.

The North Shore Historic District is bounded by 73rd Street to the south, 87th Street to the north, the Atlantic Ocean to the east, excluding Collins Avenue north of 76th Street, and Crespi Boulevard to the west.

North Beach neighborhoods also incorporate other architectural styles, including Mediterranean Revival, Art Deco, and Moderne – all blending to give a distinctive character to this northern part of Miami Beach.