Advertisement
The Newspaper for the Future of Miami
Connect with us:
Front Page » Real Estate » ‘Sky’s the limit’ in South Beach

‘Sky’s the limit’ in South Beach 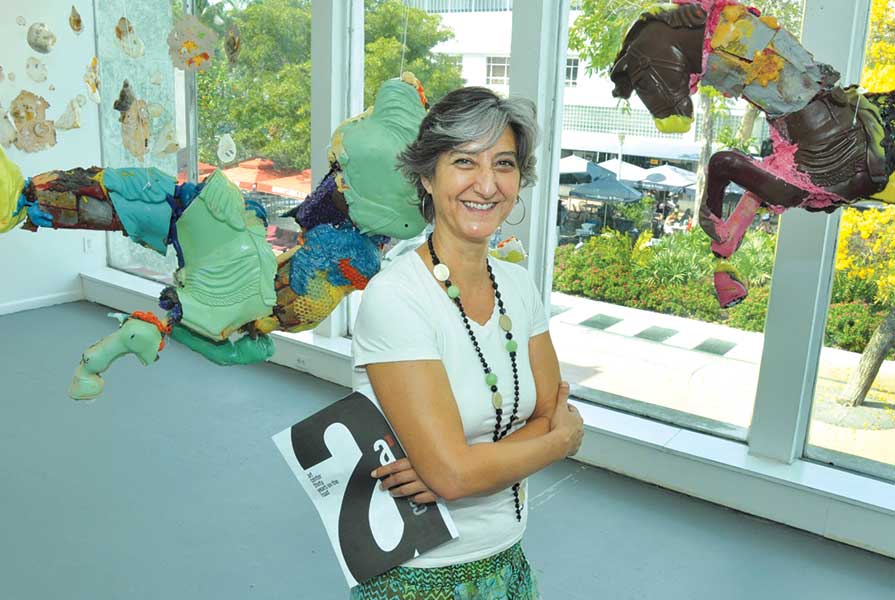 By all accounts, South Beach is teeming with tourists, shoppers and happily-situated condo owners from all over the world, but the robust economy in this part of Miami also brings traffic, crowds and rising prices that don’t suit everyone’s needs.

All the markets of Greater Miami are creating their own identities and South Beach – once known as a hip, fun place to go on vacation – has transitioned “from a party place to a community where people want to live,” said Daniel de la Vega, a resident and president for ONE Sotheby’s International Realty.

“In many ways, South Beach is like a small European community with a marina, luxurious condos, beautiful parks, restaurants and walkability,” he said. “People are calling it the Monaco of the US.”

South Beach has some of the most expensive condo real estate in all of Miami-Dade and prices seem to be going up, Mr. de la Vega said. “The sky’s the limit,” he said, adding he doesn’t see this trend ending any time soon. “When we had the downturn, South Beach was the last to go down in prices and recovered the fastest,” he said. “Fluctuations in price are the least here. There’s nothing else like it.”

When Miami was named last year for the second year in a row by Christie’s International Real Estate report as one of the top 10 luxury housing markets in the world, brokers pointed out that homebuyers get more for their money here. The city’s average square foot price for luxury homes was $559 in 2013 compared with $4,683 in London (the highest on the list) and $829 in San Francisco (the lowest of the 10 markets profiled).

Mr. de la Vega said prices for South Beach condos were factored into the average price per square foot and remain favorable compared with other metropolitan cities in the world.

South Beach is known for its luxury retail, particularly on Lincoln Road, which residents and tourists support. But the transformation to a shopper’s paradise has left its mark, with some long-established organizations saying the rent is too high for them to remain in South Beach.

Rising prices for condos and retail rents work together, so it’s difficult to say one caused the other, said Andrea Heuson, professor of finance at the University of Miami, whose areas of expertise include real estate and international finance.

A resident of South Florida, she remembers when Lincoln Road was a quiet spot for little shops and South Beach was much less crowded.

“The season [for tourists] used to be between New Year’s and Easter,” Ms. Heuson said. “Now, with events like Art Basel and so many more condos and shopping opportunities, we have people coming from Thanksgiving to Memorial Day.”

Ms. Heuson said the retail landscape began its big change about 10 years ago when leasing agent and developer Michael Comras had a vision to transform Lincoln Road from a street with privately-owned little shops into a retail destination with national and international stores.

“He and his partners succeeded beyond their wildest dreams,” Ms. Heuson said.

Yet, she believes, it’s a matter of opinion whether the transformation was a success.

With rents so high, a number of stores have been priced out and moved away from the pedestrian mall and onto nearby streets like Alton Road.

It’s a changing landscape, Ms. Heuson said, with questions remaining as to how high prices can climb.

ArtCenter South Florida, established by ceramist Ellie Schneiderman, celebrated its grand opening on Lincoln Road in 1984 to address workspace and community needs of visual artists. With Community Development Block Grant funds from the City of Miami Beach, ArtCenter artists took up residence in 21 storefronts on what was then a nearly abandoned and dilapidated Lincoln Road.

ArtCenter South Florida sold one of its two remaining buildings and is looking for a larger one.

Although the organization has not ruled out South Beach, it’s not likely it will find a space there that’s affordable and suitable, said Executive Director Maria Del Valle.

She said ArtCenter South Florida sold for $88 million its building at 800 Lincoln Road, which it purchased 30 years ago for $700,000, and will be basing all of its operations in its smaller building at 924 Lincoln Road in May.

But she has not seen any buildings that are suitable for the organization’s needs, which include between 40,000 and 50,000 square feet for exhibition space, a print shop and studios for artists, as well as having parking for visitors.

“People [headed for ArtCenter] don’t go to Lincoln Road on the weekends because of the crowds and difficulty finding a parking space,” Ms. Del Valle said. “For the audience we get, Lincoln Road does not seem to be the best environment now.”

Ms. Del Valle said ArtCenter is blessed to own property and might be able to use proceeds from the sale that remain after purchasing another building to build its endowment to help its artists and programming.

In the three years she’s been executive director of ArtCenter, Ms. Del Valle said, she’s seen a number of changes on Lincoln Road.

In addition to the small shops moving out, she said some national chains have also been priced out of the market. ArtCenter owned a third building, which it sold some 19 years ago, where subsequent tenants such as Pottery Barn just left after the rents became too high.

“We’re defining our program needs because that will have an effect on what kind of building we will buy,” Ms. Del Valle said. “We’re looking at our best option, but the prices here are crazy.”

“A rising tide lifts the boats, but there are a lot of boats out there,” she said. “In the next two years, a lot of new luxury retail is coming online and no one knows what that will do to the landscape.”