Advertisement
The Newspaper for the Future of Miami
Connect with us:
Front Page » Communities » Design District expands north 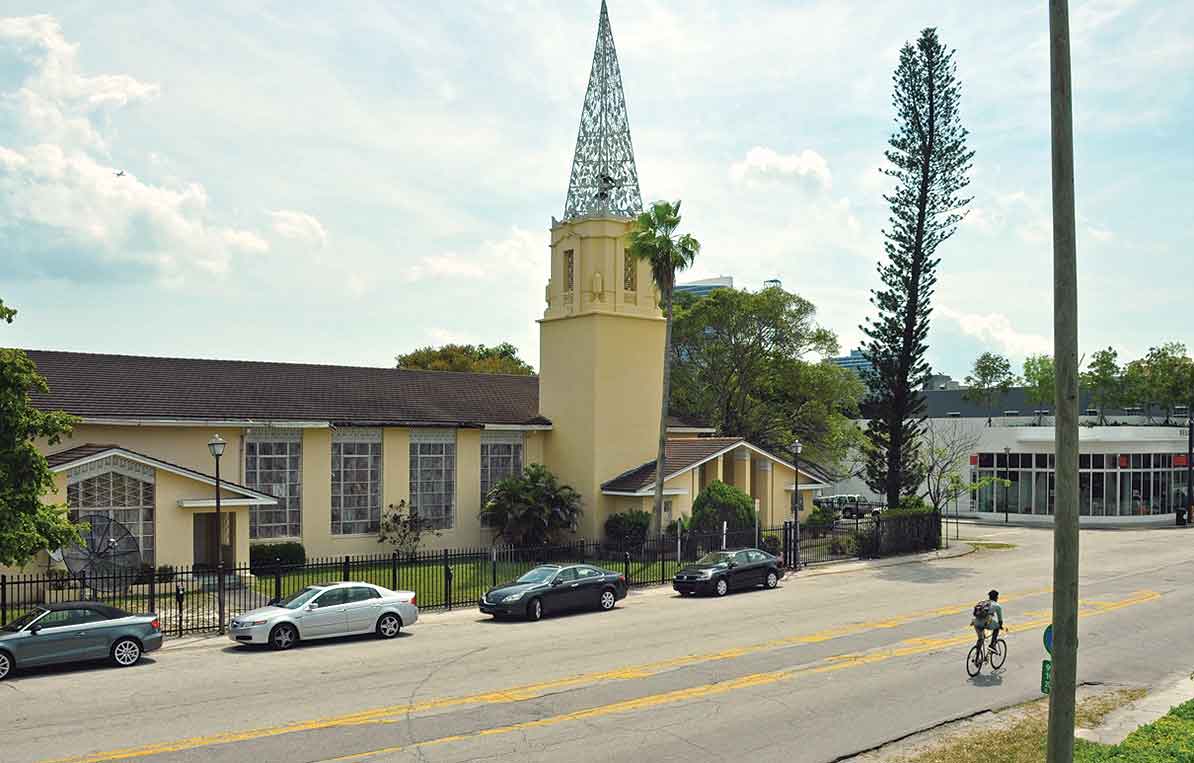 Miami’s Design District continues to grow its drawing appeal and now its boundaries.

Residents of the adjacent Brentwood and Buena Vista residential neighborhoods welcomed the change, in large part because it will bring more parking and green space to the area.

Commissioners who approved the expansion applauded the expansive work to redevelop the blocks north of I-195 into a luxury retail destination.

Keon Hardemon, vice chair of the commission, said he appreciates all the work to bring “positive” change to the area.

“I appreciate what’s happening there,” he said.

The commission approved three resolutions to: amend the future land use designation of the added property; amend the original Special Area Plan under the Miami 21 zoning code for the district; and approve a new development agreement for the area.

This amends the previously approved “Miami Design District Retail Street Special Area Plan” by adding properties at approximately 220 NE 43rd St. The block was home to a church for decades.

The purpose of a Special Area Plan is to allow parcels greater than nine abutting acres to be master planned to provide greater integration of public and private improvements and infrastructure, and “greater flexibility so as to result in higher or specialized quality building and Streetscape design.”

City commissioners approved the original Special Area Plan for the district in July 2012, with general boundaries of Northeast 43rd Street to the north, North Federal Highway and Biscayne Boulevard to the east, Northeast 38th Street to the south and Northeast Miami Court and North Miami Avenue to the west.

The addition of the two new properties will increase total proposed residential units, and the amount of retail space and open space in the overall Design District.

Approval of the expansion will:

Planning Director Francisco Garcia told commissioners the applicants had a dialog with neighboring property owners and deserved to be commended for reaching out to the community.

“They worked closely with the Brentwood neighborhood immediately the north, with Buena Vista East, as well as Design District stakeholders,” said Mr. Garcia.

The Planning and Zoning Department recommended the changes.

A staff analysis said the expansion would benefit the area by creating an enhanced program of residential units, commercial uses, as well as civic and open space for the public, “generating public benefits within the development, resulting in higher or specialized quality building and streetscape design.”

The expansion keeps the intent to provide mixed-use, pedestrian-oriented retail uses within an urban development, meeting the Miami 21 development concept in the interaction with the surrounding areas of Miami, the analysis says.

The project was deemed “critically important” to the economic revitalization and enhancement of the Design District, staff said, and consequently a positive impact to the city in general by creating recurring and nonrecurring financial benefits as well as temporary and permanent jobs.

Mr. Fernandez said all the added improvements “will provide a rational terminus of the commercial district and an appropriate transition to the abutting residential neighborhoods to the north and guard against future commercial encroachment.”