Advertisement
The Newspaper for the Future of Miami
Connect with us:
Front Page » Top Stories » Convention center hotel called pivotal 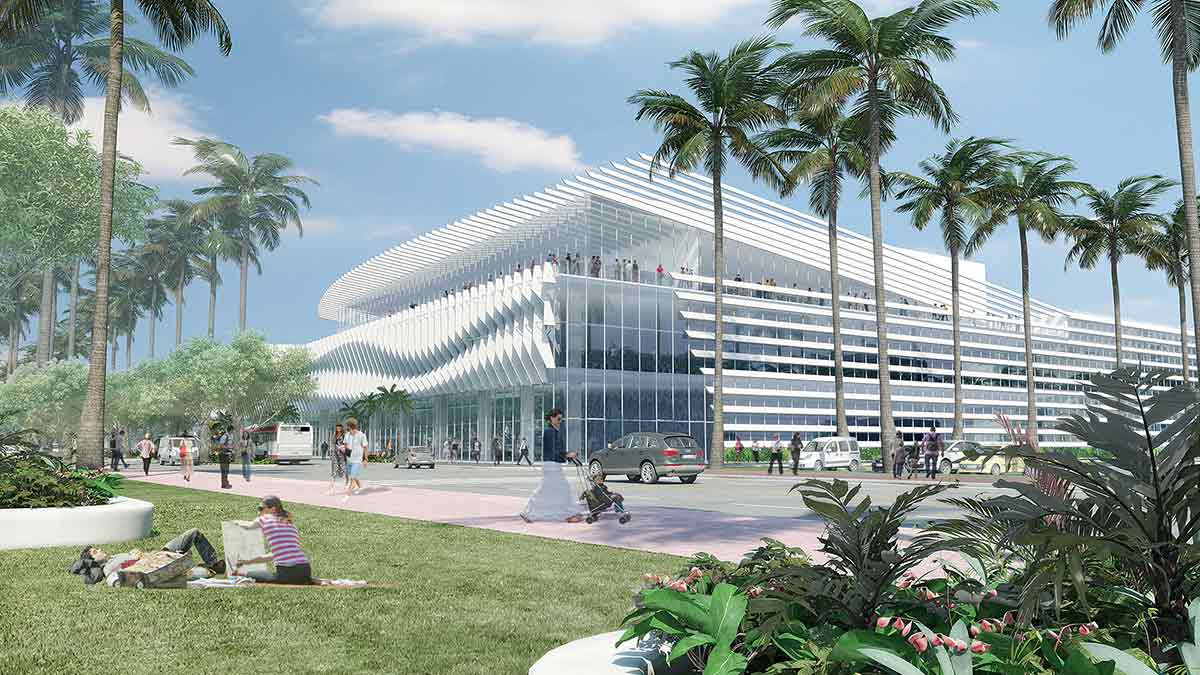 Even as Miami Beach joyously celebrates its centennial this week, business leaders and officials are busy preparing for the next 100 years.

The Beach continues to be a star with a lot of luster to it, said Jerry Libbin, president and CEO of the Miami Beach Chamber of Commerce. Tourism is strong, he said, and more than half of the beach’s condos and homes belong to international buyers who “perceive the prices as good value when compared with real estate in their own counties.”

Yet there’s work to be done, Mr. Libbin said.

“In the short term, I feel very positive but have concerns for the long term,” he said. “Looking at how to deal with rising sea levels is an extremely important issue.”

All coastal communities in the state must be aware of the dangers rising sea levels will bring, Mr. Libbin said. “This summer, there will be 19% increases in flood insurance premiums.”

In addition to finding solutions for climate change, Mr. Libbin said an issue of particular importance for Miami Beach is building a hotel for the convention center.

“We’re the last of the 30 major cities we compete with for conventions to have a hotel [to accompany the convention center],” he said. “I have an extremely strong outlook for our tourism and believe we will be the new ‘it’ once we have the new convention center and hotel.”

Mr. Libbin said the Beach is a tremendous draw for business conventions and visitors. “Once we have that center and hotel, there’s a strong likelihood people will choose coming here over other cities.”

Mr. Vujnovic said the international travelers still view their annual vacation as being critical to their well being and he thinks they will continue to visit Miami Beach despite their lessening purchase power.

“Additional [hotel] supply currently being added to the Miami Beach market is significant at 7% growth over the next two years,” he said. “But when compared to other markets like New York City, for example, I think our market will absorb the supply growth while still growing revenue per available room on an annual basis.”

Mr. Vujnovic said a 7% supply growth isn’t an astronomical figure and with Miami Beach continuing to gain “global notoriety as a premier destination with the best beaches, dining and nightlife to offer, the future looks bright for us.”

Earlier this year, Greater Miami Convention & Visitors Bureau chairman Bruce Orosz, whose firm created the entertainment elements of the Beach centennial celebration, said Miami Beach will continue to be the epicenter for tourism and conventions, in large part because the city is planning to build a new convention center.

“Not only will conventions flock here like never before, but the tourist will be equally surprised to see what evolves,” he said.

Looking forward, Mr. Orosz said the Beach is evolving in so many ways that the neighborhoods gaining popularity in Miami-Dade will add to its popularity, not subtract from it.

“We embrace the arts,” he said. “What will happen is [we’ll see] new groups and new organizations. Whether it becomes more high tech here on the Beach in certain areas, I think that the influence, the shifting sands and all of the things that are happening in either side of the bay only add to the experience here and make it that much more of a dynamic city.”

Mr. Libbin said having a hotel as part of it is vital to a successful convention center. “I know that because having been on the Miami Beach Commission for eight years, people told us that,” he said.

City Commissioner Jonah Wolfson was the only one who didn’t fully believe that, Mr. Libbin said, and now the hotel will be a separate project for voters to approve.

In December, the commission voted 6-1, with Mr. Wolfson opposing, to let voters decide in November whether to approve a possible lease of city land for an 800-room hotel behind the Fillmore Miami Beach at the Jackie Gleason Theater.

“I’m optimistic the public will support it,” he said early this week. “Without a hotel, it calls into question spending half a billion dollars for the convention center.”

Mr. Libbin said the chamber will be educating the public about the importance of a hotel as part of the convention center.