Advertisement
The Newspaper for the Future of Miami
Connect with us:
Front Page » Communities » Developer to build park on river

Developer to build park on river 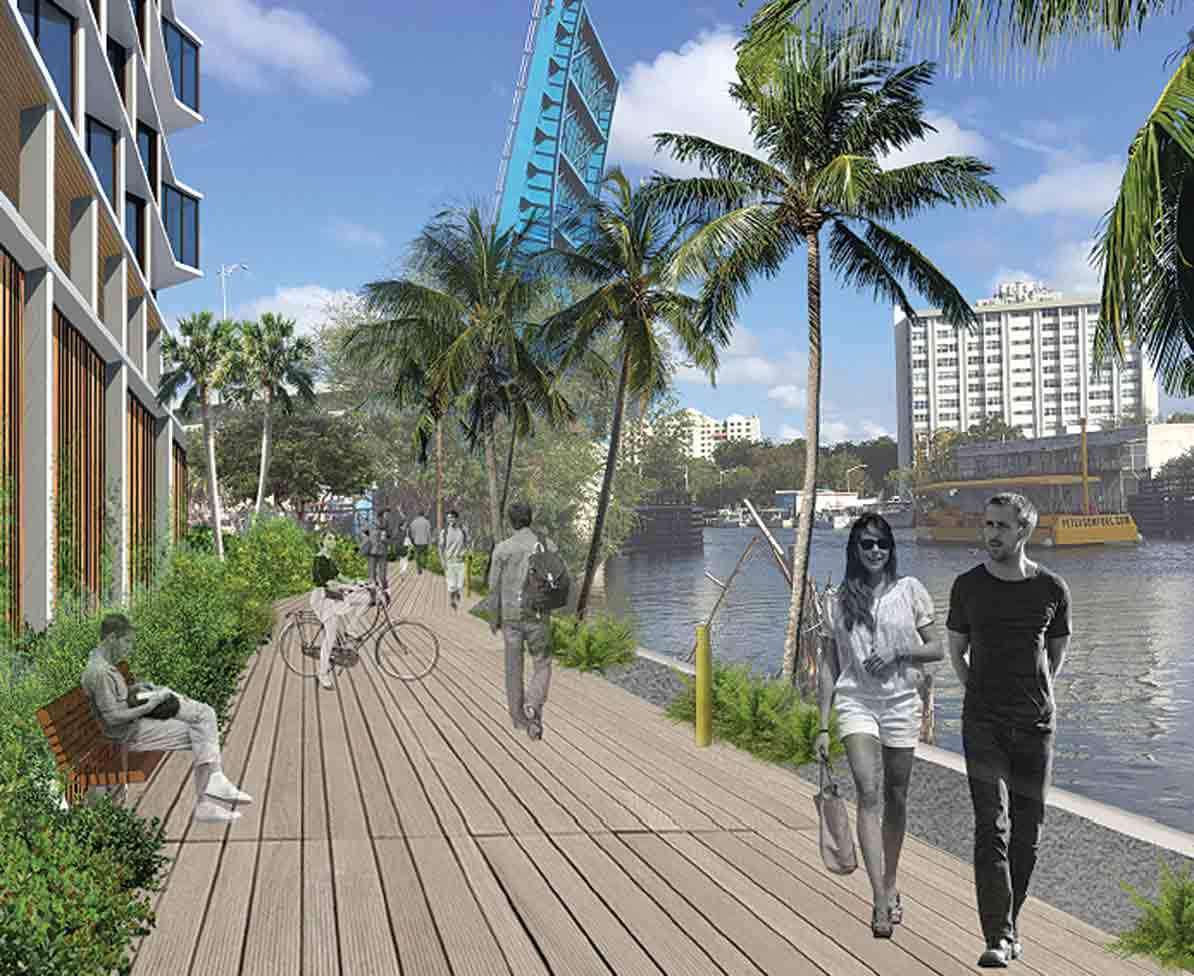 Efforts to turn a small overgrown lot on the Miami River close to downtown into a lush pocket park for the public moved forward when a developer presented architectural drawings of what he’d like to see.

Arturo Ortega owns land abutting the city-owned vacant lot and plans to build a residential project there. He wants to make improvements to the lot so it becomes a dedicated public park and a natural extension of the public riverwalk that will run along the water on his site.

To show how serious he is, Mr. Ortega employed landscape architectural firm ArquitectonicaGEO to prepare plans for what he’s calling Flagler Cove Park.

The drawings and rough site plans for the area were presented March 9 to a committee of the Miami River Commission. That same day Mr. Ortega had his first meeting with the city’s planning and zoning department in regard to the proposed development of a new residential project on the river.

River commission officials had earlier applauded the efforts of Mr. Ortega in demolishing a large and rundown vacant structure on the river, with plans for redevelopment.

Mr. Ortega sees this as a “win-win” for himself and for the city, and he said he got a similar reaction from city staff discussing the general overall idea.

“It seems we’re all on the same page,” Mr. Ortega said. “We are definitely interested,” he said, as he had architects begin to show what they’d like the park to look like. The proposed park shows new lawn, trees, a curved pathway, further development of a small cove with a walkway extending over it, a slight berm and several benches.

After hearing committee members’ ideas, Mr. Ortega’s team said they would look into having an area for dogs in the park and another for some playground equipment, but noted the challenge as the lot is small.

The committee didn’t vote. Mr. Ortega and his team plan to return with more detailed plans, perhaps by next month.

River commission officials have been lobbying the city for years to turn the small vacant lot at 1 SW South River Drive into a park.

The city property, a 4,500-square-foot lot, has about 70 feet of river frontage adjacent to the West Flagler Street Bridge and an existing public walkway, Riverside Garden. The area is just northeast of Neo Lofts, a residential tower.

In January, the river commission unanimously voted to ask the City of Miami to develop the small parcel into a public park and open space.

Sallye Jude, a river commission member who has advanced efforts to bring more green space to the city, made the motion.

The resolution calls on the city commission to dedicate all 4,500 square feet to public park and open green space for the long term, and to consider an agreement with adjacent landowner Mr. Ortega to make improvements including a new seawall, and not allow the small site to be used for private development.

Mr. Ortega owns two side-by-side parcels on Southwest South River Drive. He had previously told the river commission he has submerged land leases for both of his parcels and plans to rebuild the seawall there, which he described as being in a “bad state.”

The city’s land has little to no seawall. Mr. Ortega said he would consider extending his 170 feet of frontage and new seawall along the water on the city’s lot as part of a development deal for his site.

Plans for Mr. Ortega’s land are preliminary, but he earlier said he’d like to build a 12-story building on one parcel and a low-level commercial structure on the other.

In a letter to the river commission in late November, Mr. Ortega wrote, “Like I said, we are at an ideal point to reach agreements with the city since we are contracting a lot of the work that will be done in the following months, including fences, seawall, docks, construction, etc.”

He went on to write about his commitment to “having a positive impact” on South River Drive.

“I am open and willing to meet, discuss, and negotiate with the city different options that will, first and foremost, improve our neighborhood,” he wrote.