Advertisement
The Newspaper for the Future of Miami
Connect with us:
Front Page » Education » St. Thomas University rolling out 20 new programs 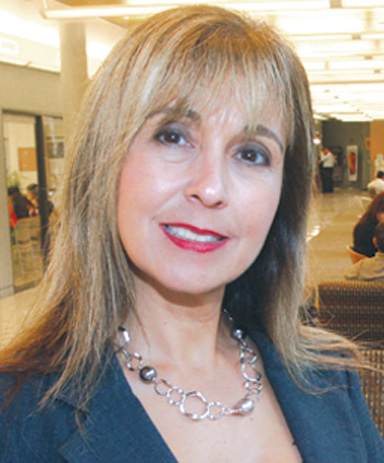 St. Thomas University is rolling out 20 new degree programs this year in a bid to prepare students for positions in emerging fields.

“We are in the nascent stage of what will prove to be a strong turnaround for St. Thomas,” said Somnath Bhattacharya, dean of the School of Business, where many of new programs will be added.

The School of Business recently announced the creation of the Gary Goldbloom Endowed Chair in Cybersecurity, funded by a $2 million endowment from Gary Goldbloom, president of M.G. Investment Inc. Recruiting for the distinguished professor of cyber-
security is under way.

“We will have courses such as ethical hacking,” Dr. Bhattacharya said, “because you don’t know how to stop a hacker unless you know how to hack. We’re also looking at ransomware, data mining and network security, from both software and hardware perspectives.

“There’s a tremendous market for this. Cybersecurity is not a computer risk; it is a business risk. Any business worth its salt needs to look at it. I think in the next five years it will be an auditable risk. So we are trying to stay ahead of that curve by training students to fill these positions.”

“We are addressing the issue in a multidisciplinary way that is very exciting,” said Irma Becerra-Fernandez, the uni-versity’s new provost and chief academic officer. “Most complex problems in society fall between disciplines, and yet, traditionally, most universities are built as a collection of colleges. Multidisciplinarity bridges those gaps and allows us to create programs that integrate our intellectual assets in new ways.”

Dr. Bhattacharya said some of the business school’s new graduate programs existed in different forms before.

“We had an undergraduate concentration in marketing under management,” he said. “Marketing is one of the most marketable programs there is, so we made it a standalone undergraduate major, and then it made sense to add MBA and MS marketing programs.”

The addition of an undergraduate business degree program in economics follows the same logic. St. Thomas is also adding a master of science program in trade & logistics, he said – a discipline formerly known as supply-chain economics.

That graduate program will be funded by a $500,000 gift from Arthur Hertz, chairman & CEO of Wometco Enterprises, to establish the Arthur H. Hertz Endowed Professorship in Sports Tourism.

“We will be recruiting for that position next year,” Dr. Bhattacharya said. “We’re holding off for a year to make sure we do it right.”

In all, he said, the business school is actively looking for four new professorial recruits this year, and is anticipating adding three to five new faculty members in the next few years.

The university previously offered a two-year nursing program, after which students could transfer to another school to complete a four-year degree, she said, but “starting this fall, we are offering our own four-year nursing program and master’s program for nurse practitioners. This is just the beginning. We intend to grow this area of focus.”

New programs, Dr. Becerra-Fernandez said, are developed in collaboration with the faculty, but unlike earlier models, which based programs on faculty interests, St. Thomas tries to gauge student demand.

“Typically students go where the jobs are,” she said. “Miami is a city of immigrants, and we are sensitive to that. We’re dedicated to seeing every student graduate within four years, with a job waiting at graduation. So when putting these programs together, we look at areas where we know there is a need for people with skills.

“Each new program has its own new prospectus. In industry, it would be called a business plan. It has to be approved internally by the Academic Program Committee and then by the Board of Trustees, which also looks at its financial viability.

“Then the Southern Association of Colleges and Schools validates our ability to deliver this curriculum.”