Advertisement
The Newspaper for the Future of Miami
Connect with us:
Front Page » Arts & Culture » Kevin Spacey may star in running Grove Playhouse 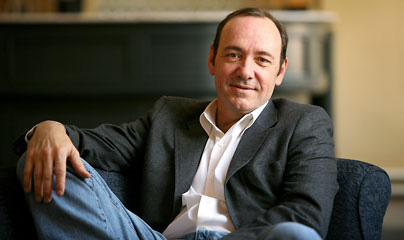 When Miami-Dade’s Economic Prosperity Committee meets today (3/12) to discuss a deal with GableStage for a home at the Coconut Grove Playhouse, anything can happen.

The plan, recommended by Mayor Carlos Gimenez, was for GableStage to manage and run the former playhouse at 3500 Main Highway for 25 years. On Monday, however, Commissioner Xavier Suarez sent the mayor a memo outlining a “two-theater solution” whereby GableStage would run a 300-seat theater and a 750-seat theater would be run by a new non-profit with Kevin Spacey as its artistic consultant.

Mr. Spacey has been acting in films, plays and television since he began his career as a stage actor in the 1980s. He will step down as artistic director of the Old Vic theater in London in the middle of this year. Mr. Spacey performed at the Arsht Center’s 2014 gala.

“I sought out Mr. Spacey for several reasons,” said Michael Eidson, president of the newly formed Coconut Grove Theater Foundation Inc. “He is one of the greatest stage actors of his generation, directs and – most importantly – spent the past 12 years as the artistic director of the Old Vic, where he was successful in reviving that historic theater to its former greatness.”

Mr. Eidson said he believes Mr. Spacey plans to live part-time in Miami. “We hope that he will be able to consult with us both here and from outside of Miami,” Mr. Eidson said.  “Since it would be at best several years before there was an acceptable theater in the Grove, he would be providing vision, guidance and organizational assistance in creating a new company to present great theater in Miami.”

Private contributors would initially pay Mr. Spacey, Mr. Suarez wrote. He said the understanding is Mr. Eidson will select the foundation’s first board of directors, its initial members, and will formulate its internal operating agreement.

This plan for two theaters blindsided Joseph Adler, producing artistic director for GableStage, he said last week. He said he hopes the committee recommends the original plan to the full commission.

“Our goal is to fulfill the plan we’ve been working on for about seven years and move forward,” he told Miami Today.

On Monday, Mr. Adler said it’s up to the county to decide whether the property is split up.

“All we want is a new, 300-seat theater in as timely a manner as possible,” he said. “We don’t want to see any more delays.”

Mr. Eidson said he has been promised substantial pledges once a deal is signed with the county.

“Our goal is to help the county bring back world-class theater in a state-of-the-art facility with a robust, educational component as quickly as possible,” he told Miami Today on Tuesday. “We’d like an agreement with the county to memorialize the work we’ve done and the extensive conversations we’ve had with the county over the past year about being part of this project.”

Mr. Eidson said the foundation would have 18 to 24 months during design development to raise $35 million or $40 million needed to build the 750-seat theater, restore the façade, and build an entrance and spaces including apartments for visiting performers, a 5,000-square-foot restaurant/bar, retail, and administrative offices.

“We can balance the budget and do this without a public subsidy,” Mr. Eidson said. “We’ve conducted an extensive study and worked with the best minds in the business, who told us there’s a tremendous market for a 750-seat theater that is necessary to revive the historic Coconut Grove Playhouse.”

In his memo, Mr. Suarez outlined an agreement:

•Long-term agreements with theater groups would assure common use of facilities, parking and compatible schedules.

•The county would pay design costs of both theaters from general obligation bonds until the end of the design phase in about 18 months.

•If private funds weren’t sufficient to complement the county’s $20 million and build both theaters, the memorandum of understanding would be revised to satisfy the county and FIU. No private entities would have vested rights to the operating agreements for the theaters.

•Continuance of the long-term operating agreements would be subject to performance criteria the county and FIU would set.

•Agreements with the Miami Parking Authority to manage parking and the City of Miami, which gave the theater historic preservation status in 2005 so that it cannot be torn down without city approval, would stay in effect.

The understanding Mr. Suarez highlighted would maintain the playhouse’s façade, configuration and size; would create operating and management agreements with those who will manage each theater, as well as a master agreement; and assumes that government and private donors would fund about two-thirds of the building of the two theaters.

His memo sought the mayor’s feedback before today’s meeting.

The county Cultural Affairs Department has been spearheading reconstruction with the aim of opening a 300-seat theater on the site of what was once a 1,500-seat regional theater.

The county has about $20 million in general obligation bond borrowing capacity to rehabilitate the playhouse – which closed in 2006 due to accumulated debt. That money can’t be released until the county commission agrees.

In January 2014, Miami-Dade won state permission to take over the mid-1920s building. The county and FIU were to jointly oversee the reborn playhouse, which was to become the home to GableStage, now based in the Biltmore Hotel in Coral Gables.

In a written statement last week, Mr. Adler appealed to GableStage supporters for help today. “Commissioner Suarez has invited opponents of our agreement to attend this public hearing and speak against GableStage,” he said. “We need you to attend and speak at this hearing to show your strong support for this agreement.”

Mr. Adler wrote “here are the facts and we need you to stress them at the committee meeting.”

•GableStage has a record of excellence.

•The county won a 99-year lease from the state for the playhouse based on inclusion of GableStage.

•The playhouse lease and business plan were approved by the governor, Florida Cabinet and county commission.

•GableStage will take full responsibility for raising money to cover all playhouse operating and programming costs.

“You have been here for us throughout the years and now is a real threat to the agreement guaranteeing us a new home at the playhouse,” Mr. Adler wrote in an email he signed from himself and the GableStage board.

One Response to Kevin Spacey may star in running Grove Playhouse