Advertisement
The Newspaper for the Future of Miami
Connect with us:
Front Page » Business & Finance » Port rail line hauls bonanza 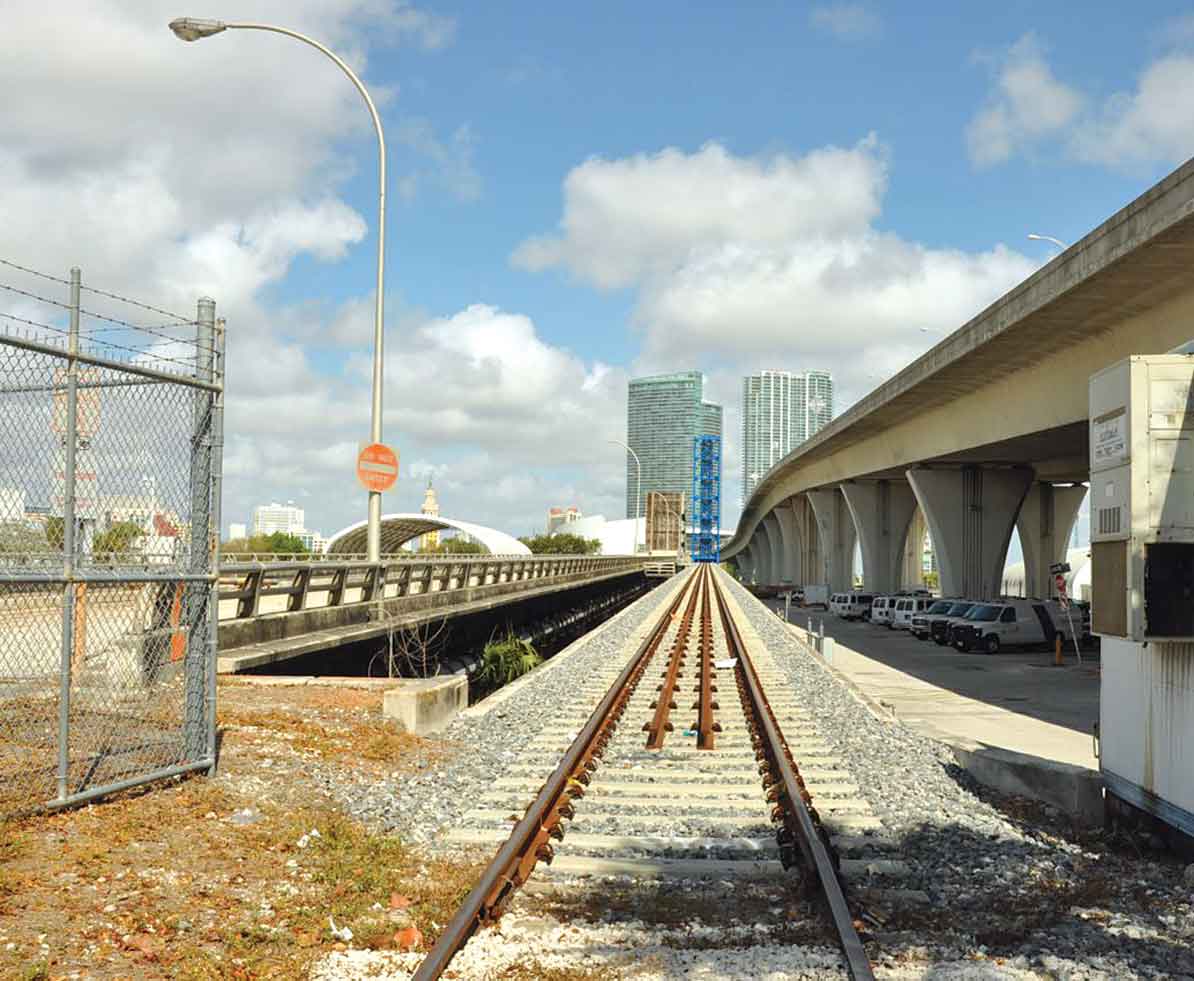 PortMiami has been efficiently connecting this city to the rest of the nation ever since its rail system was expanded, say port officials.

“We have up to two double-stacked trains that can take between 50 and 150 containers leaving the port every day,” said Eric Olafson, manager of cargo development. “Each train has the capacity to take up to 150 trucks off the road.”

Prior to the reopening of the rail line, PortMiami had not had on-dock rail service since 2006, leaving trucks as the sole mode of domestic cargo transportation in and out of the seaport.

Jackson-based Florida East Coast Railway and PortMiami formed an alliance to rebuild the railway, with the railway adding 9,000 feet of processing track, according to Debra Phillips, vice president for the railway’s corporate communications.

“Every mode of transportation is involved in the shipping of a product,” Ms. Phillips said. “In today’s marketplace, customers are going beyond US borders and need efficient transfer from ship to rail.”

Mr. Olafson said the port is shipping a wide variety of products by rail, including seed corn grown and harvested in Chile in March, shipped through the Panama Canal, offloaded at PortMiami and – using the FEC Intermodal Rail – offloaded in Chicago and then transported to the heartland to be planted for the spring harvest.

Cotton and yarn travels by rail from Charlotte, NC, to PortMiami and then is shipped to Honduras and Guatemala, with finished goods then shipped from Central America to the US distribution centers via PortMiami.

The Thread Express, an intermodal stacktrain service operated by the FEC and CSX Intermodal, runs between PortMiami and a rail hub in Charlotte, NC. Mr. Olafson said before the Thread Express, companies like Hanes would truck their containers over streets and highways.

The trains leaving PortMiami’s rail system also transport alcohol for major distributors in Australia, auto parts from the Nissan plant in Tennessee to St. Petersburg, Russia, and recycled paper from a large plant in Orlando to China.

In addition, trains leave the port with empty containers from the shipping lines and carry them as far as California, Mr. Olafson said.

PortMiami invested $50 million in the restoration of its on-port freight rail system, creating a connection to the national rail system and expediting the movement of goods throughout Florida and the continental US, according to a PortMiami press release. The release also states that with the port being the closest one in the US to Latin America, improving the rail system gives PortMiami the advantage of transferring South American grain to the rest of the US faster and more efficiently than any other port in the country.

PortMiami is to be the first port of call on the Asia-America trade route via the expanded Panama Canal. Products that move through the port include fresh citrus from Florida, produce, electronics, household goods and building supplies delivered from Asia and South America.

According to PortMiami’s website, the seamless ship-to-rail transfer through the Sunshine Gateway service allows the port to handle additional volumes and ensures that shipments move more quickly and efficiently with the potential to reach 70% of the US population in four days or less.