Advertisement
The Newspaper for the Future of Miami
Connect with us:
Front Page » Transportation » Miami International shines in on-time flights 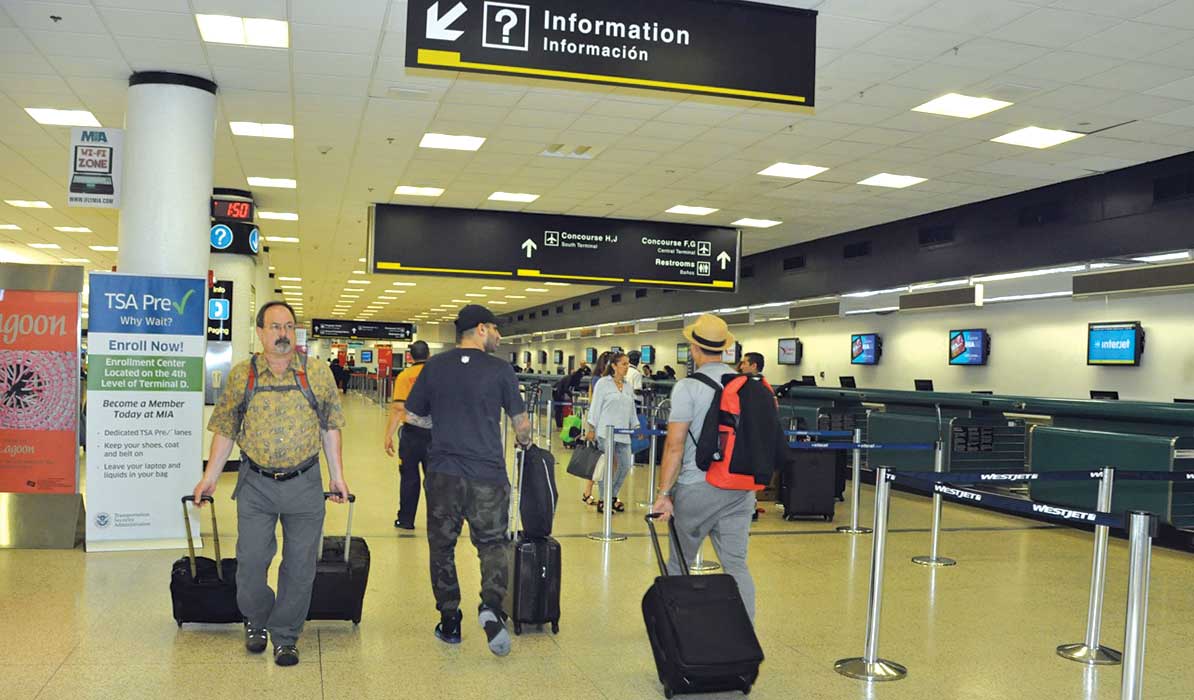 Miami International Airport ranked ninth of 20 large airports in the world for on-time performance of arriving and departing flights in 2014, according to a report released by OAG, formerly Official Airline Guide, a United Kingdom-based business providing aviation information and analytical services.

Miami’s on-time performance – defined as departures and arrivals that take place within 15 minutes of schedule – was 83.2%.

According to the report, the top 20 large airports – defined as handling more than 20 million scheduled seats per year — on average ensured that 82.9% of arriving and departing flights were within 15 minutes of their scheduled arrival and departure times in 2014. The average data coverage for these airports was 90%.

Airports with the lowest on-time numbers were Rome Fiumicino and Kuala Lumpur (79.1%), and Seoul Incheon and Houston (78.8%).

While four US airports made the top 10 list, MIA was one of only two that serve more than 40 million passengers, according to a statement provided by Miami-Dade Aviation Department.

“We are extremely proud of this ranking, especially given that MIA is the busiest US airport for international freight and the second busiest for international passengers,” said Miami-Dade Aviation Director Emilio T. Gonzalez in the written statement. “Despite facing the challenges that come with being a top global gateway, our efficient infrastructure and strong partnership with our airlines has placed us among the best in the world for on-time performance. We understand and appreciate the value of on-time flights to our passengers and cargo customers, and this recognition is a testament to the hard work of the entire MIA community.”

None of the top 20 large airports achieved over 90% on-time performance in 2014. According to OAG’s report, this reflects greater operational challenges large airports face.

“Aside from congestion due to high demand for slots, these airports are also more likely to feel the effect of disruption elsewhere as their route networks include many more airports,” the report states.

In addition, the OAG report says the higher proportion of long-haul flights that these large airports handle also provides more scope for flight duration to vary from the schedule simply through head and tail winds.

“The factors contributing to a good on-time performance are sometimes out of the control of an airport or airline,” the report says. “However, there are some that still manage to perform consistently well.

The shift from small to medium and large airports by low-cost carriers is definitely becoming a factor, making it especially challenging for larger airports to consistently deliver high on-time performance when they increasingly have a mix of old-line carriers and low-cost operators to handle, the report states. “The type of aircraft an airport handles is also a contributory factor, with ranges in mix bringing their own complexity.”

American Airlines and US Airways, who merged together are among MIA’s largest carriers, had a combined 4,779 arrivals at Miami in December, 77.9% of which were on time, according to the US Department of Transportation’s latest monthly Air Travel Consumer Report. Of those flights, American’s 77.1% of its 4,250 were on time and 84.8% of US Airways’ 521 were on time.

The report also lists the percentage of all carriers’ flight operations arriving and departing on time in December for 18 time periods, beginning at 6 a.m. and ending between 11 p.m. and 5:59 a.m. the next day.

In May 2014, Miami International Airport ranked sixth in on-time flight performance among the nation’s 25 busiest airports, according to data in the US Department of Transportation’s Air Travel Consumer Report.

According to the report, which covers domestic flights only, 82.5% of arriving flights and 82.2% of departing flights at Miami International were on time in May.

That was better than an on-time average of 77.3% for all major US airports in May, according to the department’s Bureau of Transportation Statistics.

Miami International’s on-time performance in May was an improvement from a year earlier, in May 2013, when it posted an on-time arrival rate of 81.1% and an on-time departure rate of 79.6%, Bureau of Transportation statistics show.