Advertisement
The Newspaper for the Future of Miami
Connect with us:
Front Page » Top Stories » Istanbul air link on runway 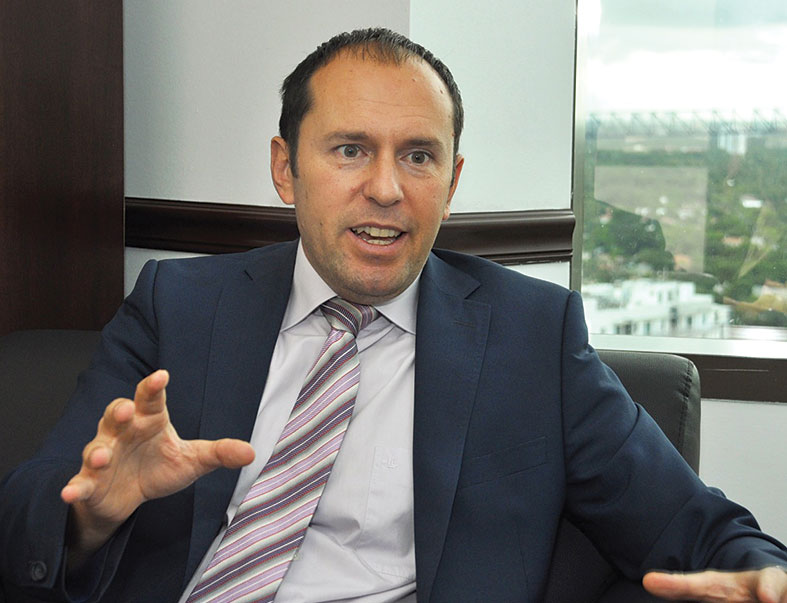 No specific date is yet set, but Miami is poised for a direct flight to Istanbul in the near future, at which time officials expect travel will greatly increase to and from both cities.

Hamdi Topcu, board chairman for Turkish Airlines, announced in late November that the airline planned an aviation link to Miami within two years, according to Turkish Consul General Özgür Kivanç Altan.

“I am pressing all the buttons for this to happen and think it will occur in the first half of 2016,” Mr. Altan told Miami Today last week. Once the link is established, he predicts Turkish Airlines will surpass both London and Frankfort in terms of air traffic.

To that end, Mr. Altan has been working with Emilio T. Gonzalez, Miami-Dade Aviation Department director, and Chris Mangos, marketing division director for the department, which operates Miami International Airport.

“As part of our strategic plan to develop new routes in emerging markets, we continue to have discussions with prospective air carriers in Europe and Asia, including Turkey,” said Mr. Gonzalez in an email. “We are hopeful for new air links to begin in the near future, but there are no agreements to confirm at this time.”

Mr. Gonzalez said the department greatly values its relationship with and the efforts of the Consul General of Turkey.

“I strongly support these community partnerships that may lead to new travel and trade opportunities for us all,” he said.

A direct Turkish Airlines flight between Istanbul and Miami is a major point for Mr. Altan and his team, and just the beginning to reinforcing pathways between the two hubs. A direct flight would facilitate economic and trade missions between the two, with Greater Miami and Florida delegations having easier access to Turkey and vice versa, he told Miami Today last fall.

In addition, a trip on Turkish Airlines is always a pleasure, Mr. Altan said. “I’ve known other diplomats to say that, particularly in their hardship posts, they know they are back to home comfort already once they step onto a Turkish Airlines plane.”

Last week, Mr. Altan said a direct flight to Istanbul is necessary for a number of reasons: more than 20,000 Turkish citizens live in the state, many concentrated in South Florida; traffic both ways is huge; and it will aid tourism with Turkish Airlines offering most of the foreign flights to Israel and people from Turkey wanting to come here and enjoy what the cruise lines have to offer.

Right now, he said, Turkish Airlines’ assets are stretched with flights to South America, Africa, every part of Europe and beginning a flight to San Francisco in April.

It will take some time for the airline to acquire new wide-body aircraft necessary for transatlantic flights. Once the airline has them in its inventory, Mr. Altan said, it will be ready for a direct flight to Miami.

Soon after Miami welcomed the new consul general of the Republic of Turkey in Miami a little over five months ago, Mr. Gonzalez and aviation department staff began discussions with Mr. Altan about connecting “the Gateway of the Americas” with Istanbul, the historic gateway linking Asia and Europe, which now stands as one of the world’s fastest-growing hubs for air travel.

After an October meeting with Mr. Altan, Mr. Gonzalez said “Turkey’s new consulate here in Miami is a strong indication of the growing business and leisure ties between our communities, and we will continue to pursue direct air connections in keeping with our strategic plans to make MIA into a truly global gateway.”

Istanbul is centrally located – straddling two continents – and the city of 14 million is home to two international airports. Air traffic demand is so strong that a third major international airport is in the planning phase, according to a press release provided by Greg Chin, communications director for Miami-Dade Aviation Department.