Advertisement
The Newspaper for the Future of Miami
Connect with us:
Front Page » Transportation » New Metromover fare rolls ahead 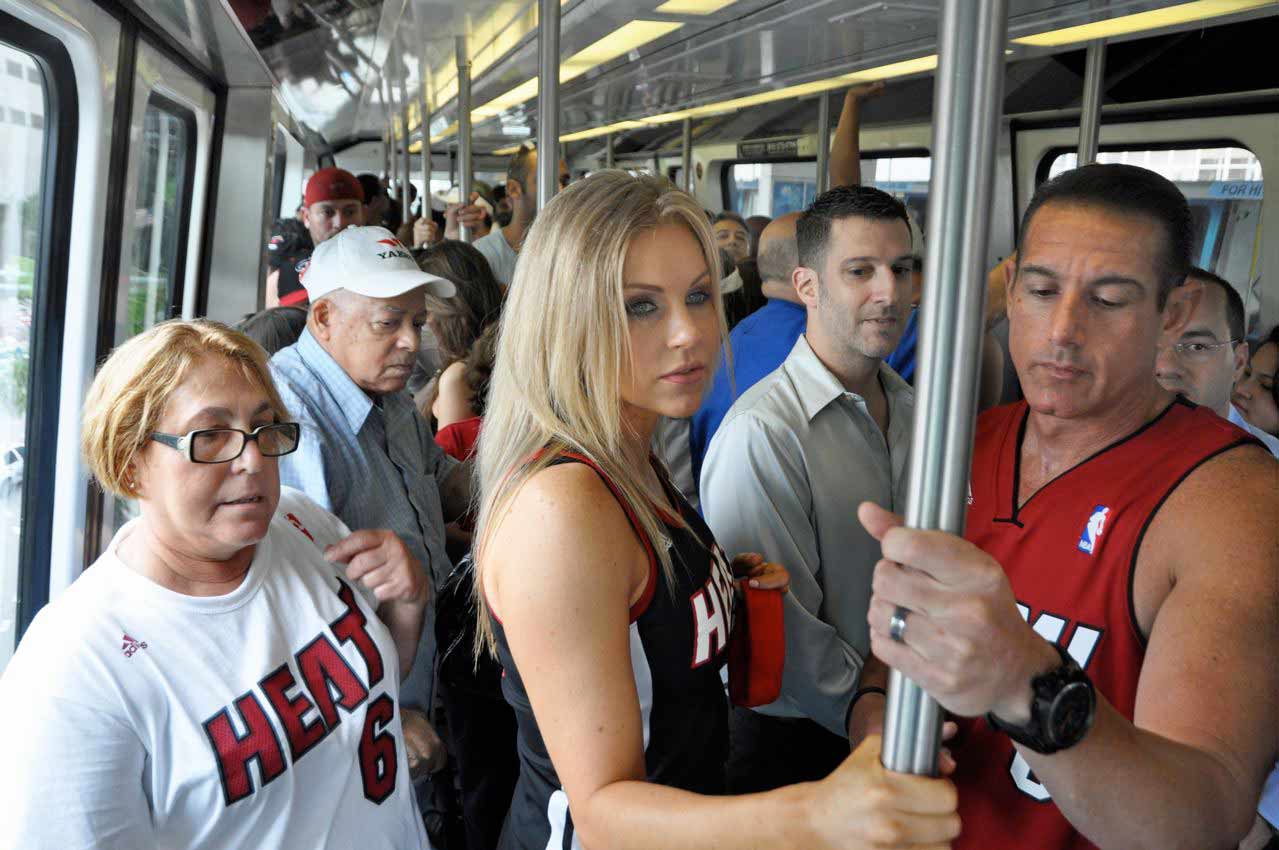 A Miami-Dade commission committee has approved a plan to charge Metromover passengers to ride the elevated transportation system. The 4.4-mile system that serves downtown Miami and Brickell is currently free.

The decision came after much debate.

Commissioners who backed the change said charging would help beef up transit department coffers and that Miami-Dade should tap into this revenue source, especially now that a building boom is swelling Brickell and downtown.

Commissioner Barbara Jordan, a co-sponsor, said charging a fare is a way to transfer the cost of public transportation to people who can more afford it, such as those living and working downtown, from those who can least afford it, meaning people who don’t qualify for a county subsidy to use mass transit in other parts of the county.

“If we are going to have this to continue to be free, then we’re losing out on opportunities of growth and development in downtown from a constituency who can more afford to pay,” she said. “To me, we’re transferring it from where we could give discounts to people who can’t afford it to people who can afford it and we’re letting them ride free.”

Others on the dais said a paid system would cut ridership and that the financials don’t work out to give the county a solid yield.

If a 50-cent fare is charged, it could take the county five to 10 years to recover the initial capital expense, according to a county analysis. In addition, it would cost the county $475,000 a year to operate and maintain a fare-collection system.

According to the analysis, ridership on the Metromover would drop if there were a fare because riders would opt to take the free City of Miami trolley.

Metromover “is not free, but it’s not a fare-collecting system. It’s paid by another revenue source,” said Commissioner Bruno Barreiro.

Ridership soared once the 25-cent fare was removed.

The Transit and Mobility Services Committee last week voted 3-2 to call for fares on the Metromover. The measure needs a two-thirds vote of the full commission to pass.

Some on the committee said they want to keep Metromover free but, at the same time, the county’s transportation department could use the revenue.

“They [residents] pay a price, and with that tax we give services in return,” said Commissioner Jose “Pepe” Diaz. “It’s a simple equation, but sometimes it’s a very difficult equation because sometimes that tax does not cover those services and supplementation comes into play.… We could talk about it all day long, but in the end of the day where’s the money coming from?”