Advertisement
The Newspaper for the Future of Miami
Connect with us:
Front Page » Communities » Congested Biscayne Boulevard may narrow 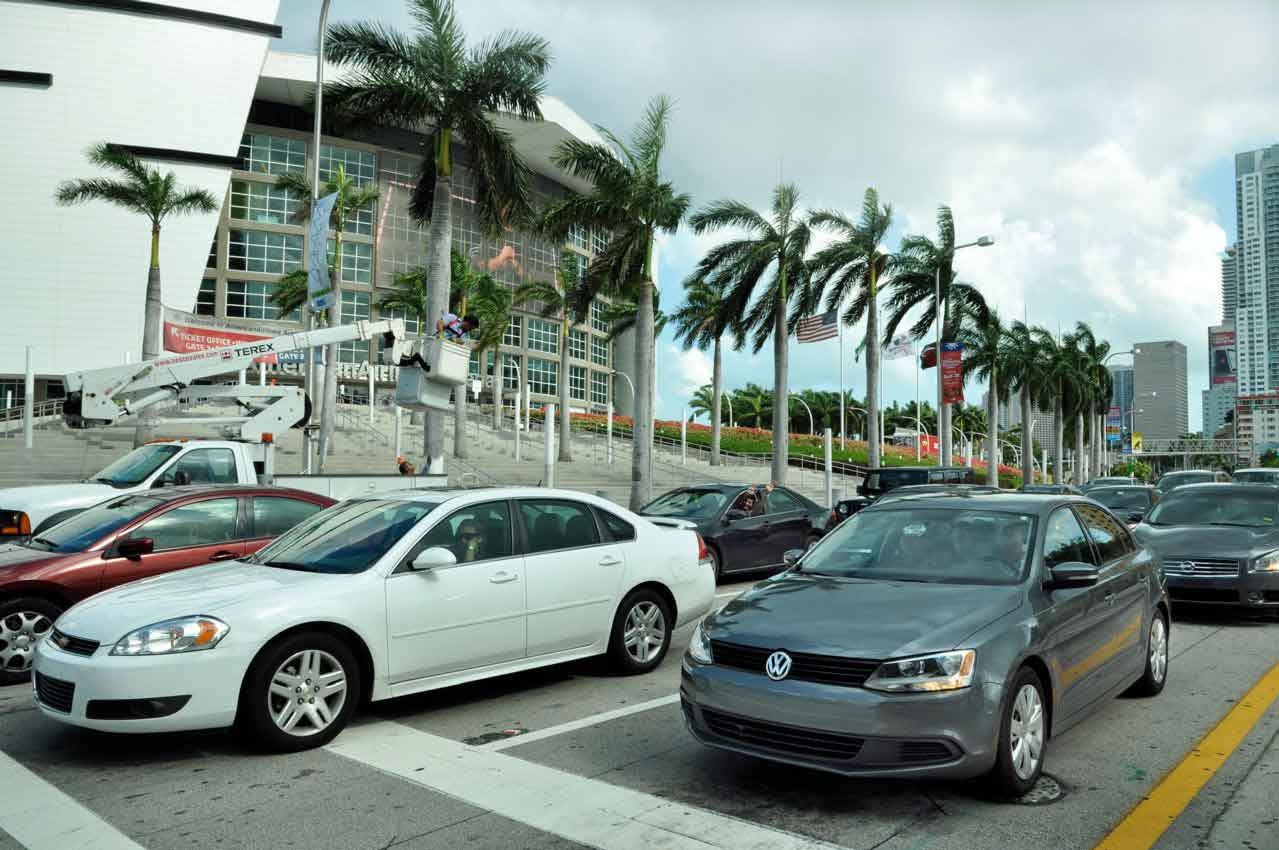 “The Miami DDA is in the process of building a three-dimension model that should be ready in the next two to three weeks,” Eric Riel Jr., team leader of planning, design and transportation for Miami’s Downtown Development Authority, said Friday.

It will be used, he said, for meetings with state officials “with the goal of securing buy-in and support to move this project forward.”

Last April, authority directors voted to reduce driving lanes from eight to four or six to make way for grass, trees and pedestrians. The plan shaves parking spaces from 388 to 187, costing the Miami Parking Authority $1.2 million a year revenue.

The plan would replace a shared bicycle lane with a dedicated lane and widen sidewalks. Cost for medians is  $24 million.

“We have an opportunity to create a grand promenade. There are not many other areas where this could be done,” said authority board member Jerome Hollo in April. “This will be something great.” Fewer lanes, he said, will slow traffic, making pedestrians safer.

A city study concluded that traffic impact would be minimal once lanes were closed, authority documents say.

For the project to advance, the Florida Department of Transportation must agree to reduce lanes and the parking authority must trim parking spaces and reconfigure what’s left. The plan calls for some parking at off-peak times only.

The development authority must enlist Miami-Dade County to redesign intersections, develop a phasing plan, then submit construction documents to relevant agencies. It’s the authority’s task to find funds for it all.