Advertisement
The Newspaper for the Future of Miami
Connect with us:
Front Page » Top Stories » Marlins, county to arbitrate ballpark costs 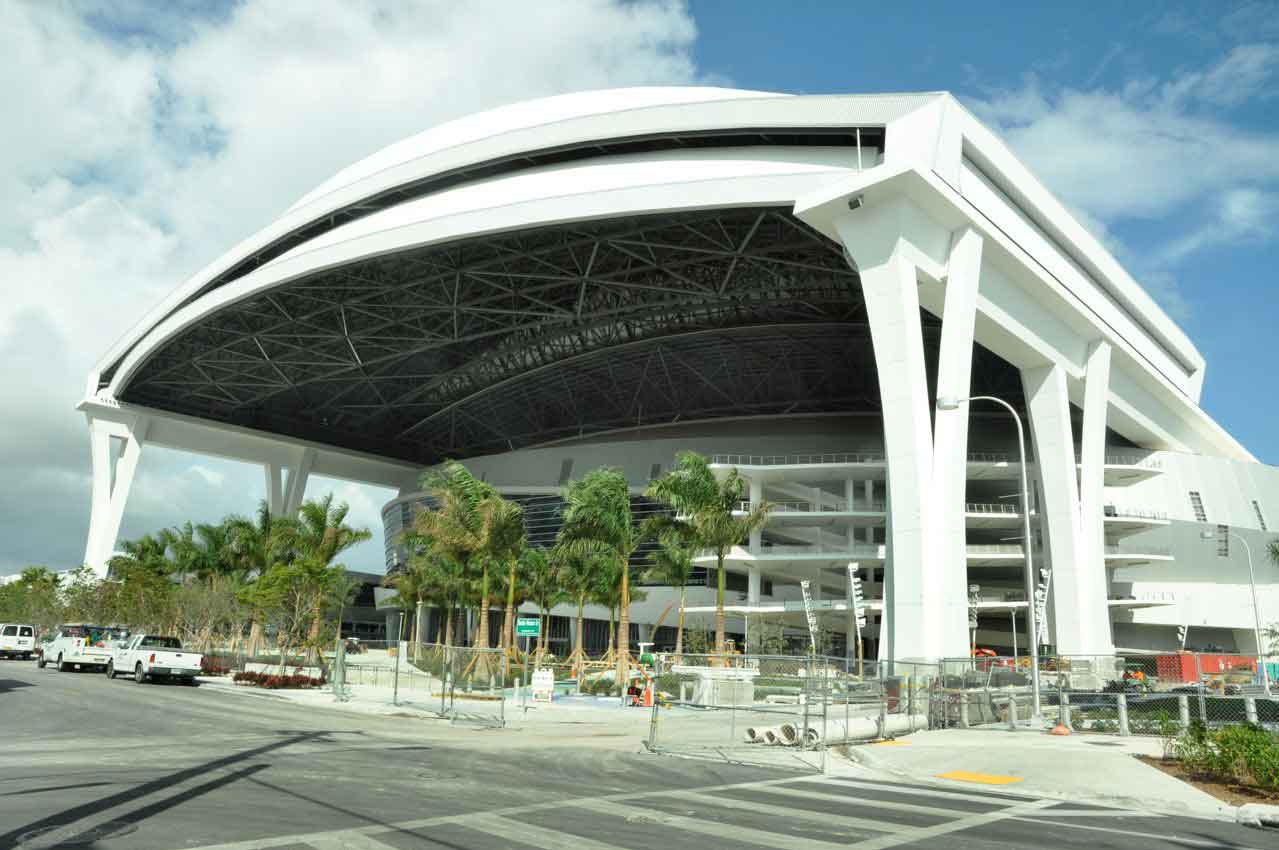 The Miami Marlins have given the county their final expense claims for building the baseball team’s Little Havana home – after three full seasons in the stadium.

The Marlins say $110.9 million should be counted toward their share of the stadium’s total construction cost, said Jose Galan, director of the Real Estate Development Division at the county’s Internal Services Department.

But the county’s auditors say that part of that amount doesn’t qualify as stadium spending and shouldn’t be counted as part of the Marlins’ share of construction.

Specifically, the auditors are disputing 3.8%, or $4.2 million, from the $110.9 million the Marlins say should be counted.

The heavily scrutinized deal to finance the building of a baseball stadium with features such as a retractable roof is a tri-party agreement among the City of Miami, Miami-Dade County and the Miami Marlins.

About $519.5 million was budgeted for the stadium, with the city responsible for $13.5 million, the county for $341.3 million and the Marlins for about $126.2 million. That’s excluding the issuance of $35 million in additional bonds as well as about $4.5 million designated for making the stadium a ‘green’ structure built and operated according to environmentally sustainable standards set by the US Green Building Council, a private non-profit organization that advocates for sustainability in building. Also not included are interest payments on county-issued stadium bonds that will cost about $2.4 billion in all to repay.

At the close of the final bid package, about $504 million from the budgeted $519.5 million was spent on stadium-related costs. The remaining $15 million falls within the Marlins’ share of the cost.

Since the final bid package has closed, that remaining $15 million is to go into a tri-party reserve account that is to later fund stadium capital improvements, such as fixing the retractable roof.

In addition, any expenses the Marlins have claimed but the county successfully disputes in the future are to also go into that capital improvements account.

So far the county disputes $4.2 million from the expenses the Marlins say should be counted toward their share of the cost.

Among these disputed costs:

•About $207,300 the Marlins paid to Levy Restaurants, a Chicago-based company that serves food at Marlins Park.

•About $221,400 in expenses the Marlins list for retail technology experts.

•About $92,500 the Marlins paid to The Parker Co., a Miami-based company for global hospitality procurement and consulting.

Aside from the $4.2 million the county is contesting, the Marlins have already agreed to remove from their claim $812,000 the team previously listed as part of its construction costs.

As for the $4.2 million the county’s auditors are contesting, that issue is to be resolved in arbitration. Mr. Galan said arbitration hasn’t yet been scheduled.