Advertisement
The Newspaper for the Future of Miami
Connect with us:
Front Page » Transportation » 836 express buses start in 2019 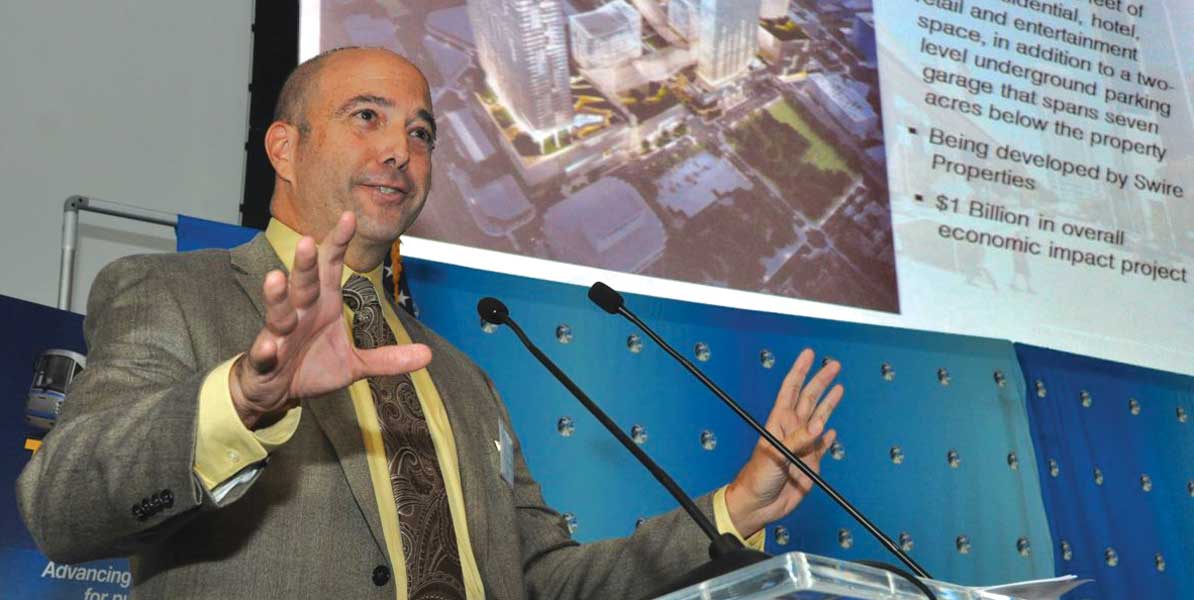 Plans to provide express bus service on the Dolphin Expressway are moving forward as buses are to start running on the route in 2019.

The planned service is meant to alleviate the traffic congestion on the Dolphin Expressway, or State Road 836, which connects the suburbs in the west and southwest to employment centers such as downtown in the east.

The park-and-ride facilities are located so that residents from the northwestern and southwestern parts of Miami-Dade County would have access to the facilities.

“The opportunity would be that you could literally get on the Turnpike or Krome [Avenue] and park at the park-and-ride,” said Albert Hernandez, assistant director of engineering, planning & development at Miami-Dade Transit.

Miami-Dade Transit is looking at three proposed routes for this project:

•Line A would take off from the Tamiami Station and go straight to Government Center in downtown.

•Line B would take off from the Panther Station and go straight to the Miami Intermodal Center (MIC), a transportation hub just east of Miami International Airport.

•Line C would take off from the Dolphin Station and head straight to Government Center in downtown.

These routes aren’t set in stone and might change.

For the Dolphin Expressway service, Miami-Dade County is obtaining 11 articulated buses, which are the same as the I-95 Express and Kendall Cruiser buses, said Monica Cejas, a senior professional engineer head of the Planning and System Development Division at Miami-Dade Transit.

The Dolphin Expressway express bus service will run with the regular traffic unless there is congestion, in which case the buses would be allowed to run on the expressway’s shoulder, said Mr. Hernandez. If a vehicle has stopped on the shoulder, then the buses would merge back in traffic.

The $38 million cost is to be funded by the Federal Transit Administration, the Florida Department of Transportation and Miami-Dade County.

The Florida Department of Transportation is providing the land where the Tamimai and Dolphin stations park-and-ride facilities are to be built – and that has significantly lowered the project’s cost.

“If we were to acquire the 8 acres at Tamiami Station and the 15 acres at Dolphin Station, that would be another $15 million to $20 million,” Ms. Cejas said. “We haven’t calculated it. But it’s huge.”

The county is partnering with Florida International University (FIU) for the bus terminal, or the future Panther Station, at Southwest Eighth Street and 109th Avenue. Miami-Dade County is retrofitting the lower level of an existing FIU garage to turn it into a bus terminal.

“We still have to work out the details of the memorandum of understanding, but in essence we are putting the money in order for us to make it a hub. We won’t be paying any fees” to FIU, Ms. Cejas said.

Ultimately, if buses leaving the Panther Station head to the MIC, students, faculty and neighborhood residents would have a connection to the entire county – and even beyond.

“We are bringing our transit riders to a centralized location, a hub, where they can come and transfer to other routes,” Ms. Cejas said, “as well as bringing people from the rail, whether it’s from the Kendall area or Hialeah to FIU.”