Advertisement
The Newspaper for the Future of Miami
Connect with us:
Front Page » Government » County parking or green space? 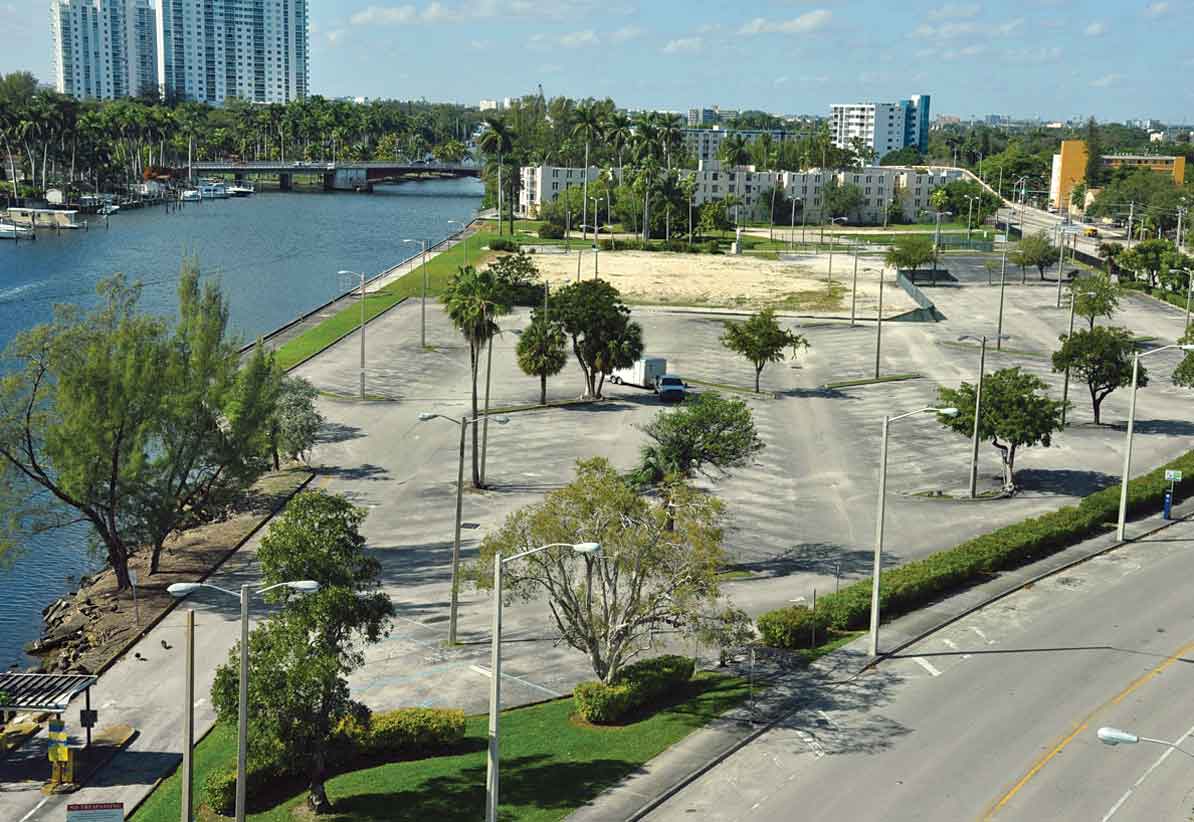 Faded and oil-stained concrete county parking on the Miami River may one day be a landscaped public green space accentuating a mixed-use development known as River Landing Shops and Residences.

Miami-Dade commissioners meeting last week as the Land Use & Development Committee recommended the parking lot be handed over to River Landing Conservation Foundation for the creation and maintenance of green space, seawall, landscaping, lighting and a riverwalk open to the public.

The foundation is a non-profit affiliated with River Landing Development LLC.

As part of the proposed deal with the county, the foundation agrees to spend at least $3,974,223 to improve the triangular site at 1280 NW 11th St.

The resolution’s prime sponsor is Commissioner Bruno A. Barreiro.

Pre-construction site work on the $300 million River Landing Shops and Residences is to start in February and foundation work in April, the developer said recently.

River Landing is at 1480 NW North River Drive near the city’s Health District. It will rise on the site of former Mahi Shrine Auditorium, demolished in 2014.

The 8.14-acre development will include 426,000 square feet of retail and restaurant space, 475 market-rate apartments in two towers, more than 2,200 parking spaces and a riverfront park.

Andrew Hellinger, manager of River Landing Development, said it will be a catalyst for urban renewal for the Health District.

If the county approves the land transfer, the riverwalk at River Landing would increase to 1,500 lineal feet, as the county’s parcel extends eastward under an elevated highway.

The foundation would be required to improve the triangular site within three years, with potential extensions up to three additional years for construction of the seawall if minimum conditions to be determined by the mayor’s office are met.

The resolution also says, “…the Foundation will also be permitted to use the Property for incidental public shows and fairs, for a total period of thirty (30) days per year, which shall be open to the public and serve the community interest and welfare.”

The proposal includes a reverter clause if conditions aren’t met, in order “to ensure compliance with the intent of this Board,” the resolution states.

River Landing Development has applied to the county’s Economic Development Fund seeking public money to assist with the cost of the project’s $38 million public infrastructure work, including new roads, pathways, parking, lighting, walkways, sewer system and other public utilities. That application might also be considered in February.

Completion of the retail component is anticipated for summer 2017, said the developer, and the residential units in spring 2018.