Advertisement
The Newspaper for the Future of Miami
Connect with us:
Front Page » Transportation » Rail derailed for bus rapid transit for it

Rail derailed for bus rapid transit for it 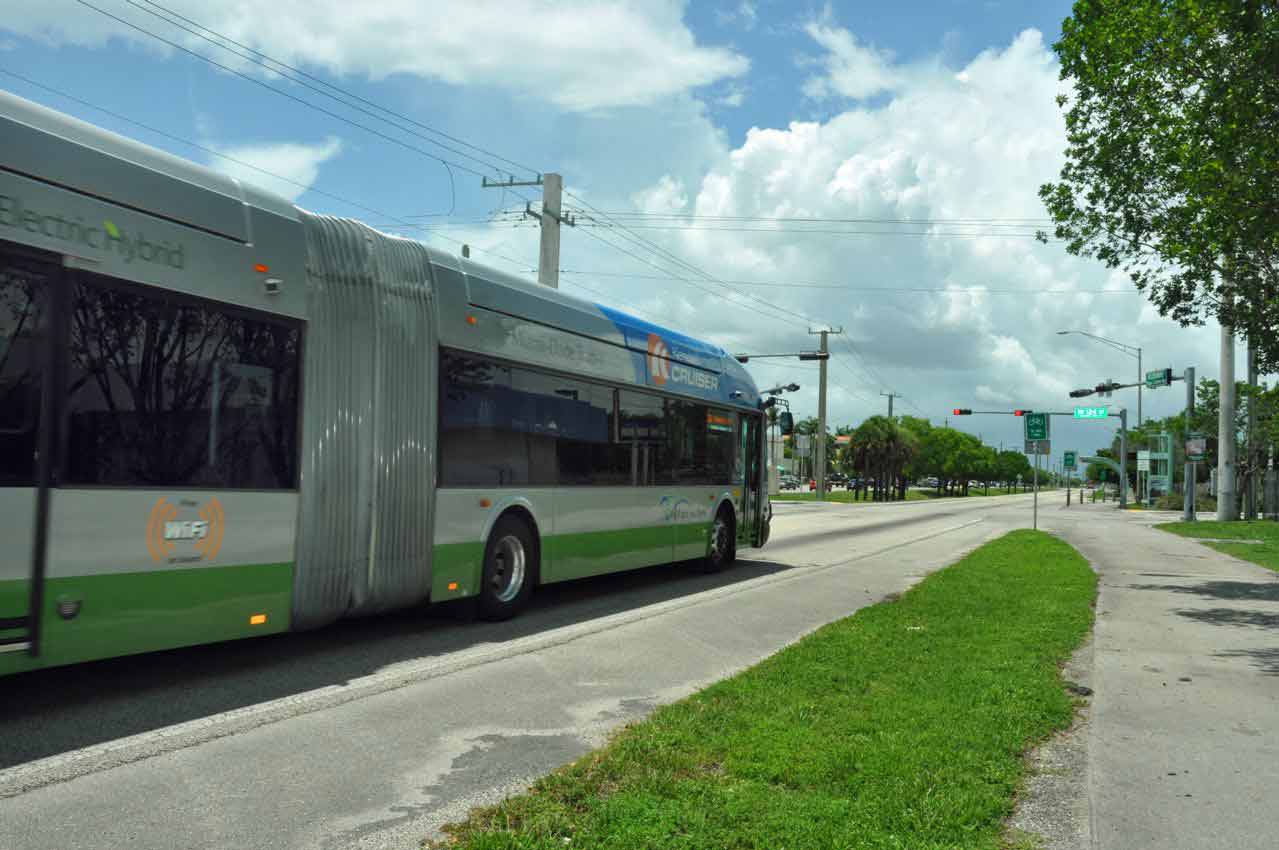 A county hall drive to ease traffic congestion has turned toward running buses on thoroughfares originally slated for rail service.

Miami-Dade County is taking a hard look at running buses in four corridors, and Miami Beach wants buses on the MacArthur Causeway before planned light rail is built there.

While buses run in the county and over the causeway, the latest efforts focus on a specific service, bus rapid transit (BRT), in which buses usually run within a designated lane to avoid traffic.

The shift from rail to rubber tires reflects a push to ease traffic quickly and more affordably. It also reflects a shift from the original voter-approved goals for how to spend a countywide half-cent sales surtax.

In 2002, county voters OK’d the surtax along with a transportation plan to use the revenue to extend the Metrorail on eight major thoroughfares.

“There wasn’t enough money to do that,” said Charles Scurr, executive director of the Citizens’ Independent Transportation Trust, which oversees surtax spending. “So what’s happened is you are coming up with different solutions for each corridor. For some of the corridors, like Northwest 27th Avenue, we’re talking about BRT.”

Aside from Northwest 27th Avenue, Miami-Dade County is looking to run BRT on Douglas Road, Flagler Street and Kendall Drive.

BRT is much cheaper than rail, according to county estimates.

The completed 2.4-mile extension of Metrorail to Miami International Airport cost about $210 million per mile. That’s much more than the $13 million per mile it would cost to begin BRT in the 11.5-mile Northwest 27th Avenue corridor.

“It sounds to me like everybody here likes BRT. It almost feels like there has been an epiphany somehow,” said Miami Beach Mayor Philip Levine, who sits on the MPO board.

Not everyone at the workshop was on board, however. Some members said the county should think big.

“What was happening in the minds of people in the early 1900s when they first started to build the subway system in New York City?” asked county commission Chairman Jean Monestime, who sits on the MPO board. “And what’s going through my mind is that as we miss the opportunity of extending Metrorail north… what’re we going to say in another 30 years from today if we just do the basic, average thing because we’re trying to play it safe?”

Under federal definitions, BRT could be heavy, meaning the system has more features such as a designated lane for the buses, or light, where the buses run with traffic or just partially within a designated lane.

County Commissioner Barbara Jordan, who sits on the MPO board, said she has pushed for heavy BRT. Since this bus service runs within a designated lane, it paves the way for a future rail line, which might later take over the lane.

“Our goal should be where all of the corridors in the future look more toward heavy BRT,” Ms. Jordan said, “if we expect to ever go to the Metrorail system.”

51 Responses to Rail derailed for bus rapid transit for it