Advertisement
The Newspaper for the Future of Miami
Connect with us:
Front Page » Government » New I-395 bridge getting head start

New I-395 bridge getting head start 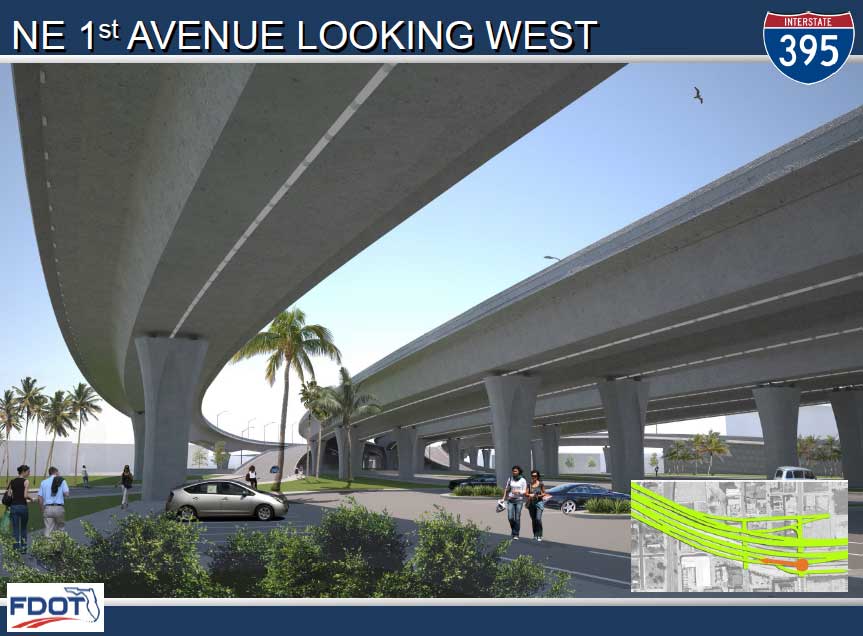 Major improvements to I-395, including a new “signature” bridge, are to begin earlier than planned. The Florida Department of Transportation has moved up its schedule and a call for bids could go out this year.

The $600 million project will rebuild 1.4 miles of I-395 from the I-95/Midtown interchange to the west channel bridge of the MacArthur Causeway in Miami.

Last October, the department was using a tentative schedule calling for work to begin in 2018.

Asked why the state is moving ahead earlier, department spokesperson Tasha Cunning-ham told Miami Today, “The FDOT is committed to the project and was able to pull the funding in earlier, enabling the project to go to construction sooner.”

Tentatively, she said, bid advertisement will be in the fall with construction to begin at the end of 2016 or early 2017.

One contractor with a global presence is eyeing the job.

Last October, the state reported that bridge design options had been whittled down to two: Wishbone or Lotus. Now the department is saying a third option might come into play.

“The final design has not been chosen and will be between the Wishbone, Lotus or an option proposed by the design build team,” Ms. Cunningham said. The department and the Aesthetic Steering Committee must approve the design, she said. “We will not know the design build option until the teams vying for the job present their ideas.”

10 Responses to New I-395 bridge getting head start