Advertisement
The Newspaper for the Future of Miami
Connect with us:
Front Page » Filming » Film industry relying on incentives 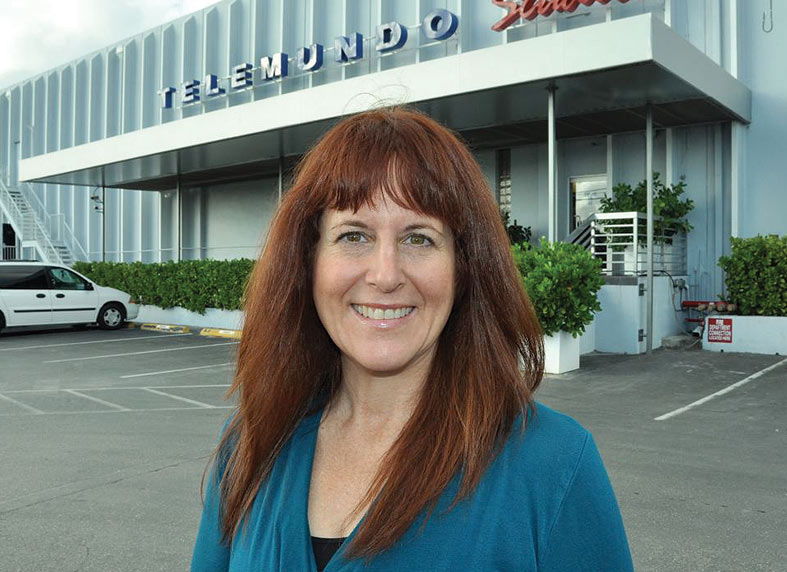 As was the case last year, the health of Miami’s film industry rests largely on whether the Florida Legislature returns funding to what was once a robust incentive program. That incentive program, among other factors, attracted five television shows and several movie productions to the area several years ago. But the legislature did not renew funding in its past two sessions.

“These shows have tax credits from the state’s program,” Ms. Lighterman said. “That’s the only reason they are still shooting here.”

A fourth project, “The Trap,” a feature film starring Janie Foxx, Benicio Del Toro and Jonah Hill, begins shooting soon. These projects will bring approximately $100 million of direct spending into the county, according to Ms. Lighterman.

In 2010, a Jobs for Florida bill designated $242 million over five years for tax credits for film studios and other production companies. By March 2011, $227 million of the credits had been committed, with the majority going to so-called high impact television shows like “Magic City,” “The Glades” and “Burn Notice,” all of which have since ended. When they did, incentives that were reserved for them were returned to the program.

“Bloodline” and “Ballers” will air this spring and summer. “That should give South Florida major screen time on a worldwide platform, which is great exposure for both the Miami and the Florida brands,” Ms. Lighterman said.

“We are lucky to have television commercials and still catalog projects that continue to come to Miami-Dade County on a consistent basis,” she added. Telemundo, Univision and Cisneros Media Distribution (formerly Venevision) create Spanish-language telenovelas that infuse $50 million to $75 million into the economy and employ hundreds of cast and crew on a continuous basis, she added.

“However, Telemundo, Univision and Cisneros all take advantage of the state’s production incentive program, and the lack of funds will soon affect their bottom lines,” Ms. Lighterman said. “All have facilities in other locales, like Mexico and Venezuela, and could take their projects out of Miami if it becomes more cost-effective to do so.”

The entertainment production industry is cautiously optimistic that the legislature will add funding to the program the 60-day session that begins March 3, she said. Steve Crisafulli, incoming speaker of the Florida House of Representatives, has identified funding the tax credit program as a priority and has chosen Rep. Michael Miller of Orange County to sponsor a bill, she added. “State Sen. Nancy Detert of Sarasota will again be the champion on the Senate side. We are awaiting bills to be filed in both the House and Senate,” Ms. Lighterman said.

If efforts are unsuccessful for a third consecutive year, she predicted an “exodus of cast, crew and businesses fleeing to Georgia and Louisiana,” states that have secure and continuous incentives.

That’s not a far-fetched scenario, said Andrew Nathanson, executive producer, photographer and location manager for Gator Films. While preparing to manage a film’s location here, he spoke with a crew member currently working in Atlanta. More than 20 major projects are filming there, compared to only a few in South Florida, the crew member noted. “Like a volume of veteran crew members here, this person migrated to where the work is,” Mr. Nathanson said.

This year begins with incentives depleted, but if the legislature revitalizes the program, “It could reinvigorate the industry and draw more productions here, which is critical to both the film and tourism industries,” he said.

If not, “the state in general and South Florida specifically will lose out on both hard dollars spent here and the diminished tourism exposure,” Mr. Nathanson said. “Hopefully, Florida leadership sees fit to re-invest in incentives, so business picks up by the end of the year.”

The film industry must stand together if progress is to be made this year, said Pieter Bockweg, executive director of the City of Miami’s Omni Community Redevelopment Agency. He oversees the agency’s planned film studio and serves on the Florida Film and Entertainment Commission.

That group “is working on developing a unified message so that the industry can speak with one voice and communicate effectively to our legislators about the statewide benefits of renewing the tax incentives,” he said.

Mr. Bockweg said he is looking forward to working with the film community locally and around the state to lobby the legislature to resurrect the tax incentives and restore funding.

The studio, dubbed the Florida Film and Television Center, is under renovation and is set to open later this year.

One Response to Film industry relying on incentives