Advertisement
The Newspaper for the Future of Miami
Connect with us:
Front Page » Top Stories » Traffic tangles office market 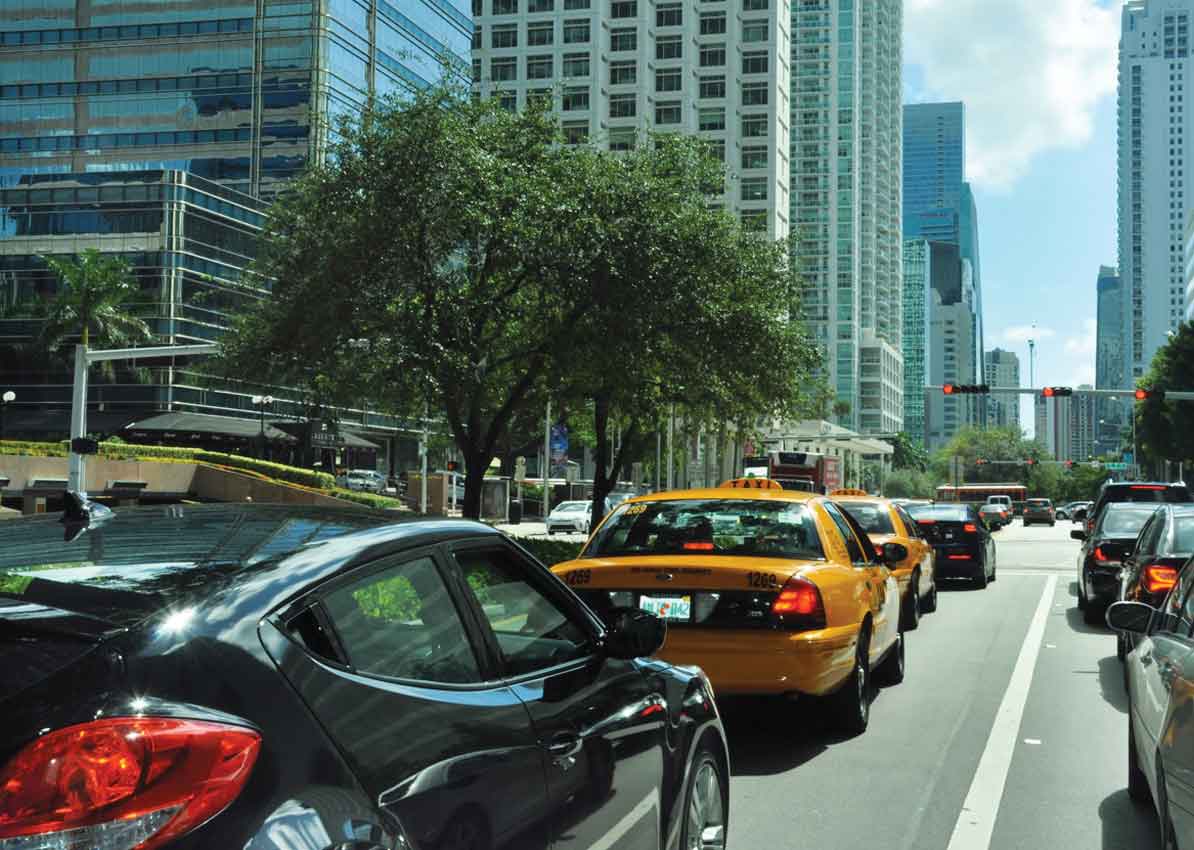 “Everyone is becoming more concerned about the time it takes to commute,” said Doug Okun, senior vice president at Continental Real Estate Companies. “As the economy has gotten better, some markets have benefitted, because people are willing to pay a premium to work close to home.”

Aventura is an example, he said. The market in far northeastern Miami-Dade has a strong, affluent demographic, and rental rates to match. Buildings there are competitive to downtown and Brickell and cater to those who don’t want to, or need to, travel to downtown Miami, he explained.

“Some markets always cater to locals, and as the economy has improved, they come back and don’t mind paying a bit of a premium,” Mr. Okun said.

Technology has also changed the office market, he said. “You have a lot more start-ups, businesses people can do online. They are not big law firms that need to be near the courthouse, or banks. They don’t have the same needs.”

Still, a longer-term solution might be to build office buildings around public transit hubs. “I think it’s a fantastic idea and the highest and best use of a mixed-use project that can offer multi-family housing.

“Parking continues to be huge need for the workforce, and downtown and Brickell are able to function with less parking because people can live, work and play in the same place,” Mr. Okun said.

When built out as planned, with office buildings, restaurants, housing, parks and shops, the City of Doral “will offer a terrific experience for those people,” he said. “They’re not going to have to leave their immediate area; everything will be within 10 to 15 minutes.”

The reverse commute has become a selling feature, said Elizabeth Santos, vice president of Sime Realty Corp. and board member of the Commercial Industrial Association of South Florida.

She leases the Offices at Palmetto Bay Village Center at Old Cutler Road and Southwest 184th Street. “Tenants are going against the traffic,” except for those who live in very far southern Miami-Dade, and even their commute is less than it would be to go to downtown Miami, she said.

In that building, Ms. Santos has tenants who come from as far as Weston and other parts of Broward County. “Once they get past Doral, they are scooting down,” she said. The building has direct access to an exit of the Florida Turnpike. “It’s a straight shot, and not as congested as other parts of town. It doesn’t feel like a typical office building,” Ms. Santos said.

She is also leasing 155 South Miami Avenue, downtown. “We market that as being between two stops on the inner and outer loops of the Metromover,” she said. It is also adjacent to an entrance ramp to 1-95, so tenants can avoid street-level traffic downtown, she added.

In larger office buildings downtown with multi-level parking garages, she has heard that it can take 20 minutes just to get out of the garage and into moving traffic.

An office hub built around public transit has also worked for her clients. She cited a downtown law firm whose principals live in Coral Gables, Miami Springs, Pinecrest and the Redlands. They moved to Datran Center, a complex built adjacent to the Dadeland South Metrorail Station, which incorporates a satellite office of the Miami-Dade county clerk.

Not only were their commutes shortened and paperwork made simpler, but the Metrorail makes it easy to go downtown or to the Civic Center if they needed to get to court, she pointed out.

When developers buy land for future office buildings, they will have to take these factors into account, she predicted. “Millennials don’t want to drive; they want to walk,” Ms. Santos said. “It has to be convenient, because that’s where the workforce is going to be coming from. As Miami matures into adulthood, we’re going to have to figure out how to get people around.”