Advertisement
The Newspaper for the Future of Miami
Connect with us:
Front Page » Transportation » Taxis must upgrade, public likely to pay for it

Taxis must upgrade, public likely to pay for it 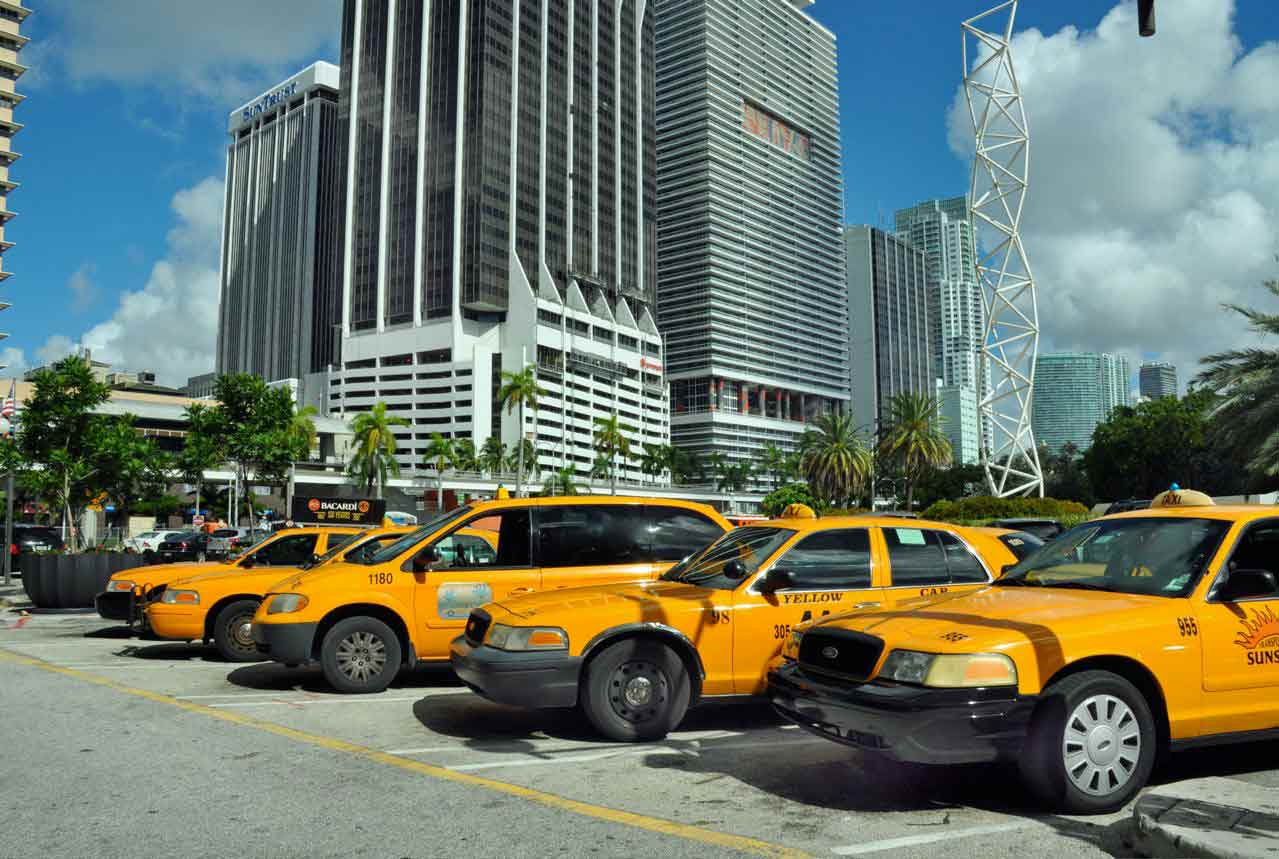 By March 1, taxis serving Miami International Airport and PortMiami are required to have a credit card-processing system and a light that denotes a vacant cab.

And those upgrades are just the first of a series of technology improvements taxicabs are required to have. By September 2016, every cab would be required to have a set of tech upgrades, including a security camera, that could cost as much as $4,060 per taxi.

Those costs could trickle down to a driver who doesn’t own the cab.

To operate a cab in Miami-Dade, the operator must buy a medallion from the county. Often, the medallion holder then enters into a license agreement with a driver where essentially the driver rents the cab for a fee.

The county “recognizes the fact that any cost to the license holder, to the people who actually hold the medallions, would ultimately become a pass-through cost to drivers,” said Steven Bobes, administrative officer at the county’s For-Hire Transportation division.

Miami-Dade staff has suggested two ways the county could protect drivers from bearing the tech-upgrades cost: institute either a surcharge for each trip or a meter fare increase.

The surcharge would vary depending on a cab’s daily trips. If a cab takes only five trips daily and the county wants the cost of the technology upgrades to amortize over three years, for example, the surcharge would be 87 cents, according to county staff calculations.

The latter option is essentially a fare increase.

“We would incorporate those technology costs into the meter fare,” said Joe Mora, chief of the For-Hire Transportation Business Affairs Division. “There hasn’t been a meter fare increase since 2005, so keep that in mind.”

Passengers paying cash, however, wouldn’t pay the increase. Since cash payers wouldn’t utilize such technology upgrades as the credit card-processing system, they wouldn’t have to pay for them.

The credit card-processing system and vacancy light upgrades are just the first phase of mandatory upgrades the county commission approved after heated complaints about the quality of taxi service. Come March 2016, taxis that serve the airport and seaport would have to have a meter, a security camera and a light for any emergency inside the cab.

Cabs operating in the county but not at the airport or seaport would have to have a credit card-processing system and a vacancy light by March 2016. Then, by September these cabs would need the rest of the mandatory upgrades, including the meter, security camera and emergency light.

Overall, all the required upgrades could cost a cab up to $4,060, county records show.

Mr. Bobes and Mr. Mora said they aren’t aware of an upcoming meeting when the county commission might act on insulating drivers from the added costs.

If all tech upgrades are implemented in all 2,121 cabs that operate in the county, the total cost would be $8.6 million.

4 Responses to Taxis must upgrade, public likely to pay for it