Advertisement
The Newspaper for the Future of Miami
Connect with us:
Front Page » Top Stories » Mid-rise condos target historic block 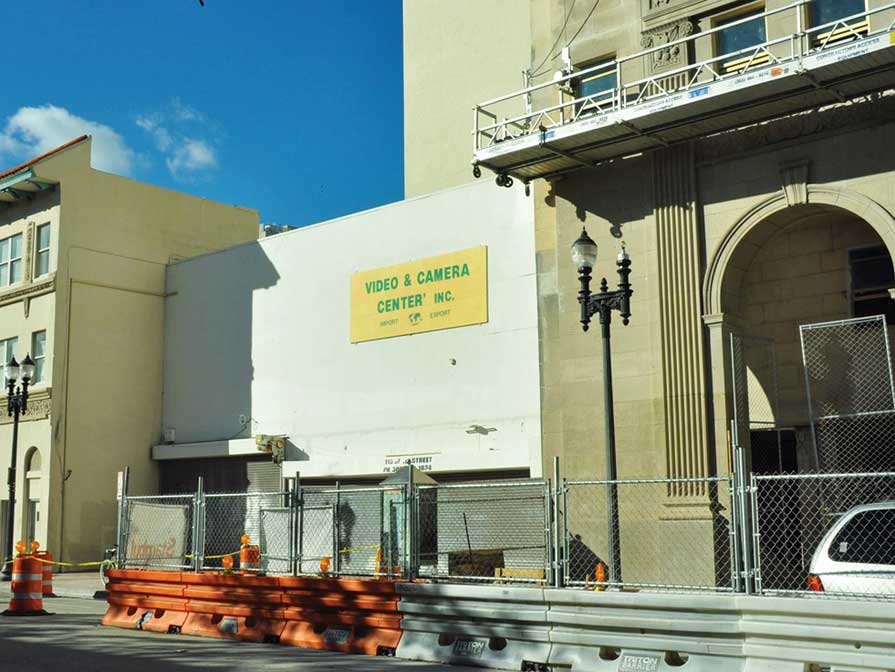 Miami commissioners have rejected an appeal from downtown property owners objecting to a plan for a mid-rise condo in a block of Southeast First Street with historic structures, including an old bank building next door that’s undergoing a major renovation as The Langford Hotel.

In September the city’s Planning, Zoning and Appeals Board granted variances for side and rear setbacks above the eighth floor for a proposed 13-story mixed-use building on a nonconforming lot at approximately 115 SE First St.

The developer is listed as RED 112 SE 1ST LLC. The development has gone by the names of Red and One 15, and is to include 69 dwellings and about 970 square feet of commercial area.

The new building is proposed for a small lot sandwiched between the bank building and a three-story concrete office building with retail uses on the ground floor, at Southeast First Street and First Avenue. The property’s owners, identified in documents as Downtown Realty Investments, appealed the board’s decision to the city commission.

The new building will replace a single-story structure that at one time housed a video and camera business.

A staff analysis on the requested variance noted:

•The site is a legally platted non-conforming lot with frontage of 55 feet where 100 feet is required by the current Miami 21 city code.

•Because of the underlying zoning, the applicant is unable to comply with the required setbacks above the podium due to the existing lot dimensions.

•The variance as requested makes the most reasonable use of the site. The current setback regulations would restrict the building’s height to eight stories.

•The underlying zoning district would allow a maximum height of 80 stories. However, the applicant seeks to construct a 13-story mixed-used structure, “which is consistent and in character with the scale, setbacks and height of the adjacent historic buildings.” Also, architectural elements such as an arcade have been incorporated to complement the abutting structures.

Maria A. Gralia, an attorney representing Downtown Realty Investments, said her clients don’t object to development of the site but do object to the process, saying there was not enough evidence presented showing a hardship.

She also said the building on the corner does not have historic designation.

Ben Fernandez, an attorney representing the developer, told the commission the variance was recommended by planning staff and approved by unanimous vote of the Planning, Zoning and Appeals board.

In addition, the Downtown Development Authority reviewed the plan and recommended it, said Mr. Fernandez.

He said the new building includes no parking and will be marketed to young professionals who rely on public transportation in the urban core, offering studio and one and two-bedroom units.

Mr. Fernandez said the development is in harmony with Miami 21 and is not injurious to its neighbors.