Advertisement
The Newspaper for the Future of Miami
Connect with us:
Front Page » Communities » Suits blocking Grove waterfront upgrades 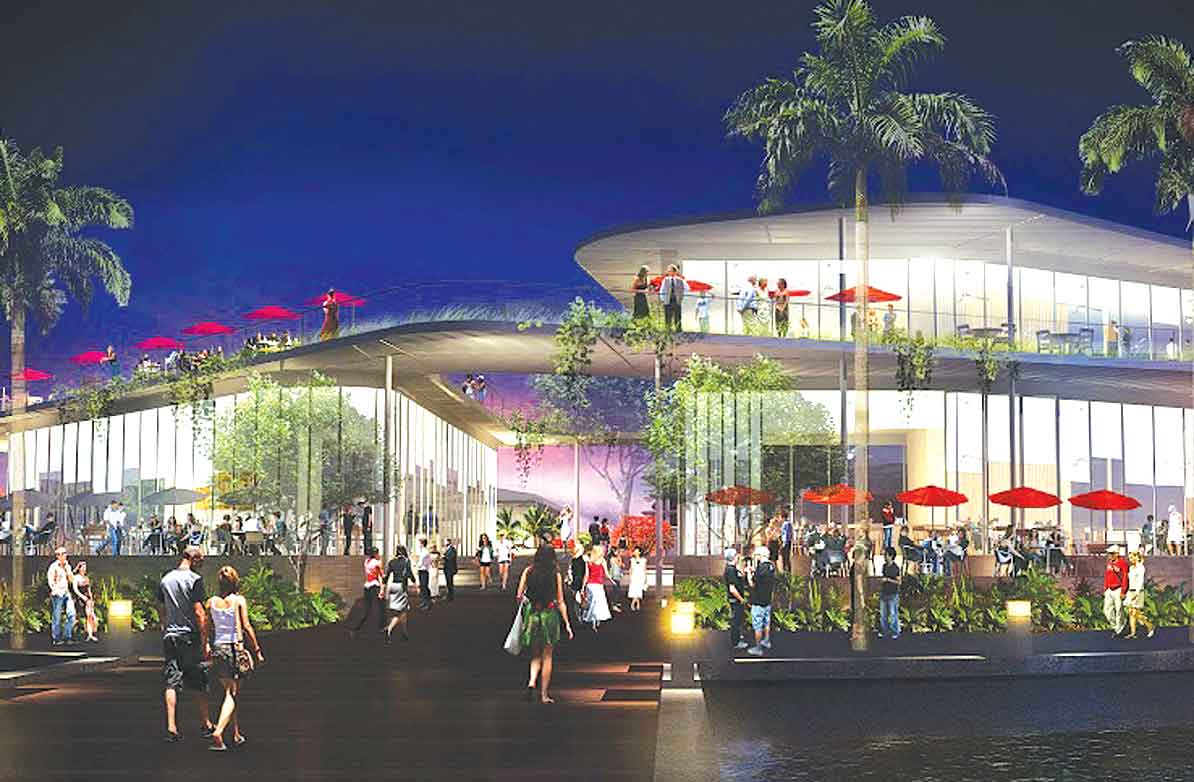 Coconut Grove’s waterfront is poised for major changes, but lingering lawsuits keep getting in the way and city commissioners are tired of it.

Commissioners extended licenses for the current restaurants and marina northeast of City Hall at Dinner Key, and the move opened the door for conversation about the continuing legal challenges.

Commissioner Marc Sarnoff expressed contempt for what the legal maneuvering is costing the city.

“The shame of it is” the money lost to lawsuits, Mr. Sarnoff said at the commission’s Dec. 11 meeting.

Mr. Sarnoff repeated the figure and warned of larger losses to come.

Commissioners bemoaned the impact of frivolous lawsuits on the city.

“That’s the cost of litigation for no reason,” said Francis Suarez.

And Mr. Sarnoff warned that if the legal battle drags on into late 2015 or 2016 or later, the city could lose millions from new lease payments.

The commission took two votes to amend current licenses with Grove Key Marina LLC and Scotty’s Landing, and with the company that operates the Chart House restaurant on city-owned property on Pan American Drive.

Those resolutions both reference the legal challenges.

“The City completed a competitive solicitation process and has entered into a lease agreement with the winning proposer but has been unable to deliver possession due to ongoing litigation,” the resolutions say.

The documents involving Scotty’s, for example, say both parties agree to remove a license termination date of Dec. 31, 2014, and continue the license “on a month to month basis in order to continue uninterrupted revenue to the City, uninterrupted service to the patrons of the waterfront marina and casual restaurant facility and uninterrupted service to the patrons of the fueling services, until the City provides 60 days written notice to terminate or cancel the Agreement.”

The resolution referring to the Chart House has similar language.

In the summer of 2013, the city commission agreed to lease about 7 waterfront acres in Coconut Grove to Grove Bay Investment Group LLC for $1.8 million a year upon completion, and about $17.9 million of privately-funded improvements to redevelop a marina, construct restaurants, improve the public baywalk, fund a portion of a parking garage and other improvements.

The plan is to remake the waterfront in an area that includes Scotty’s Landing and the Chart House. The property where the new mixed-use garage will rise is bordered by South Bayshore Drive and Chart House Drive.

City voters approved the plan in November 2013, but ensuing litigation put most everything in legal limbo.

The two pending suits were filed against the city last year by Stephen J. Kneapler.

A trial court this fall sided with the city in both matters, but Mr. Kneapler filed appeals on Oct. 16.

In one case, Mr. Kneapler is appealing the trial court’s final order and judgment granting the city and Grove Bay’s respective motions for summary judgment and finding that he lacked standing, the city did not violate charter section 29-b, that the charter does not require referendum approval by a majority of registered voters, and that the city did not violate the sunshine law, according to the city attorney’s office.

In the related case, Mr. Kneapler is appealing the trial court’s final order and judgment granting the city and Grove Bay’s respective motions for summary judgment and finding that a meeting regarding a city-issued request for proposals for the long-term lease of waterfront property formerly leased to Grove Key Marina did not violate the city’s cone of silence or the sunshine law, according to the city attorney’s office.

On the heels of the trial court agreeing with the city to dismiss the lawsuits – prior to appeals being filed – city officials were moving ahead with plans to begin work on the new parking garage.

The city’s parking authority began moving ahead with design for the garage.

In addition, the overall redevelopment plan got an affirmative vote from the city’s Historic and Environmental Preservation Board. At its September meeting, the board approved a special certificate of appropriateness for the demolition of two non-contributing structures and construction of three new restaurants, an event space and viewing platform, bulkhead, landscape, and baywalk improvements in accordance with the city’s waterfront master plan for the site.

But the legal appeals appear to have stalled the project again.

Referring to the court calendar and speculating when a new decision could be handed down, Mr. Sarnoff said it could be February or later before the appellate court weighs in.

Commissioner Suarez said the people voted in favor of the redevelopment plan more than a year ago, and construction should have started by now.

The proposal to redevelop the waterfront northeast of City Hall includes two formal restaurants, Shula’s and Oceana, and a causal restaurant, Pub & Grub, in addition to waterfront retail, mostly in the former airplane hangar closest to City Hall.

The hangars, like City Hall itself, are left over from when the area was the terminal of Pan American Airways.