Advertisement
The Newspaper for the Future of Miami
Connect with us:
Front Page » Real Estate » Related’s 3-tower Brickell complex 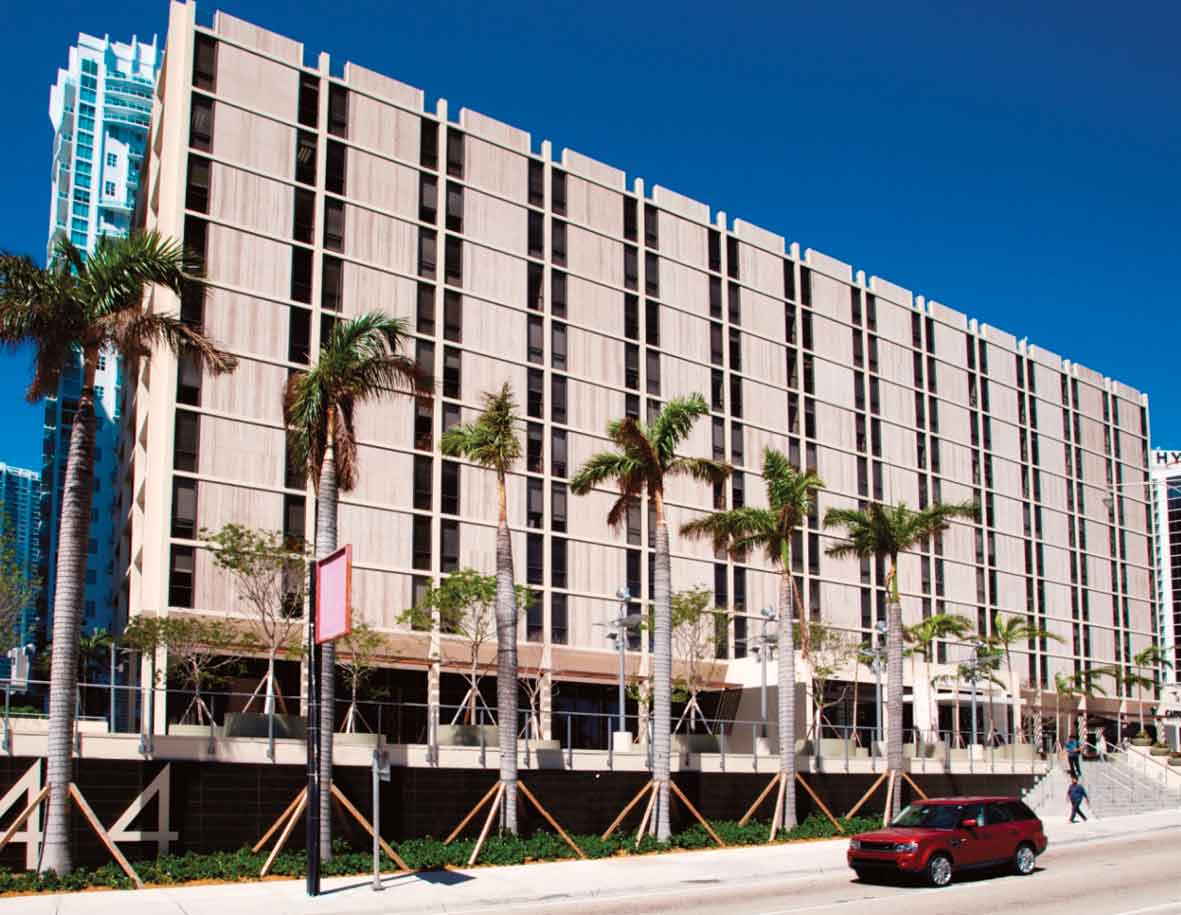 A plan to build three towers in the heart of downtown Miami on the river could mean the opening of a prime section of the growing riverwalk and key connection to the Miami Circle.

This is a major selling point advanced by the developer, The Related Group, as it garnered an affirmative recommendation from the city’s Urban Development Review Board.

With its location right on Brickell Avenue and its northern boundary the bank of the Miami River, one could argue there’s no downtown site with a higher profile.

Given the name One Brickell, Related CEO Jorge Perez said the project is the most important development in the “urban core.”

“This is a very prominent site,” said board member Dean Lewis.

Iris Escarra, an attorney representing the developer, said: “This is the last piece of the puzzle on Brickell Avenue.”

The existing parking garage that extends to the river’s edge will be removed as part of the phased development of the site, she said.

“This is an opportunity to complete the riverwalk under the bridge and to the [Miami] Circle,” said Ms. Escarra.

Discovered in 1998, the Miami Circle is considered a significant archaeological site at the mouth of the river. Excavations uncovered evidence of a prehistoric structure of the Tequesta, one of the first Native North American groups in the area.

Miami Circle was designated a National Historic Landmark by the US Department of the Interior in 2009. A park is maintained as part of the preservation of the circle.

“It affords a unique opportunity to link the riverwalk,” said Ms. Escarra for One Brickell, noting that Mr. Perez has plans to fill the public walkway with art displays.

The goal is to create and active space, she said, “really activate the area from Miami Circle to west of Brickell.”

The riverwalk is a public pathway promoted by the Miami River Commission on both sides of the river.

Existing at the site is a 10-story office building and parking garage. The building’s ground level is home to Capital Grille.

The overall project is to include three new towers, offering hotel and residential units, a centrally located podium atop a new parking structure, about 25,000 square feet of retail uses, and 40,000 square feet of office floor space.

Bernardo Fort-Brescia, founding principal of the architectural firm Arquitectonica, went through a presentation of site plans and renderings for One Brickell.

The three-building complex will form a courtyard, and the towers will have ground floor retail. Restaurants are also planned, as are two swimming pools. Loading is to be in the lower level of the central area.

The tower closest to Brickell, to be constructed in the final phase, is to be home to a five-star hotel with about 250 rooms and apartments on the upper floors.

The hotel lobby will be on the ground floor to activate the street, said Mr. Fort-Brescia, and planned restaurants too.

In addition, the entire frontage along the river is to be lined with “significant restaurants,” he said. By opening up the property along the river, the developer anticipates plenty of activity – “biking, jogging, parents with strollers” – said Mr. Fort-Brescia.

Review board member Fidel Perez had high praise for the development.

“This is a great project for Miami… an icon for the mouth of the river,” said Mr. Perez.

Carlos Rosso also spoke on behalf of The Related Group.

One Brickell will be built in two phases, he said. The two towers furthest from Brickell Avenue will be constructed first and at the same time, beginning in 2015, he said.

Of the residential back towers, one will be condo and one rental, he said.

The third tower will come in phase two. There is no timeline, he said, saying it “depends on the market.” Offices in the existing 10-story building have seven-year leases.

The final tower will probably be the tallest on Brickell and serve as a signature piece on the river, said Mr. Rosso.

Plans for One Brickell are expected to be reviewed in January by the Miami River Commission.