Advertisement
The Newspaper for the Future of Miami
Connect with us:
Front Page » Government » Marine Stadium traffic worries Key Biscayne 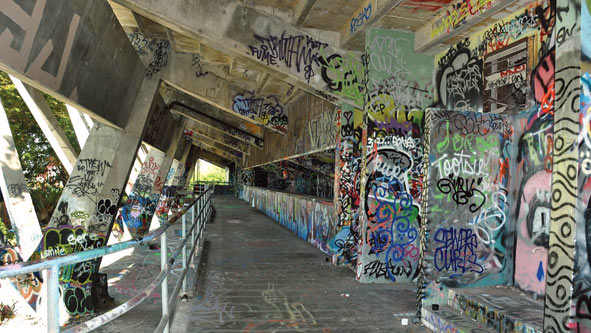 Key Biscayne’s new mayor is willing to support the renovation of iconic Miami Marine Stadium but she’s worried about the venture bringing major new development to Virginia Key and clogging the village’s one and only access.

She spoke of how potential intensive development on the barrier island could impact the Village of Key Biscayne on a sister island.

“It should be preserved,” she said.

But she said she became concerned in recent days after learning details of a new development proposal that appears destined to turn the stadium into “a multi-purpose exhibition venue.”

One week before the city commission meeting, Friends of Miami Marine Stadium, a non-profit corporation working to raise funds for stadium restoration, held a press conference along with Miami Mayor Tomás Regalado, county officials, entertainer Gloria Estefan, representatives from the Progressive Insurance Miami International Boat Show and others “to announce a major new development in the ongoing campaign to restore and reuse Miami Marine Stadium and its grounds.”

Far beyond restoring the stadium, the group was now proposing a $121 million plan to renovate the venerable stadium and develop the surrounding area into a maritime complex, with commercial space, a 125,000-square-foot expo center, a new marina and a 280-slip dry-dock storage facility.

A key to the new plan was a commitment from the organizers of the boat show to the Friends organization to hold the popular annual event at the stadium.

A proposed long-term lease of the city-owned stadium and grounds was being discussed, and a new “restoration and operating plan” for the stadium was on the commission’s Nov. 20 agenda.

“I implore you not to decide this in a vacuum,” said Ms. Peña Lindsay.

She said the City of Miami and the Village of Key Biscayne need to be partners when it comes to the stadium and major development on Virginia Key.

“The Rickenbacker [Causeway] is our only driveway,” she said.

“I would ask that Key Biscayne have a seat at the table” when decisions are made on the fate of marine stadium and the Key, Ms. Peña Lindsay said. The county and state governments should be invited as well, she suggested.

Many people spoke in favor of salvaging the stadium, and of bringing the boat show to Miami from its long-time base of Miami Beach. But several audience members objected to the large scale of the latest proposal and cautioned against committing the city to a bad deal for decades.

Residents and commissioners called for more transparency in the process that will ultimately decide the fate of marine stadium.

“Déjà vu,” said Nathan Kurland, who cautioned commissioners not to get caught up in a “distortion” of memory, leading to poor uses of city property.

“Deals are done in haste… players are not identified,” he said.

“Everyone here wants the stadium [but] how do we get it restored?” asked activist Grace Solares. She asked that officials carefully follow the city charter and work to get the best deal for the city.

Nina West reminded all that the stadium is owned by the public. She said she wants to see the stadium preserved but is concerned the latest proposal would allow a giant marina with 6-story boat racks flanking it.

“There have to be better ways to fund this than to hand it over to a marina owner,” said Ms. West.

In the end, commissioners continued to strongly embrace the idea of restoring and reopening the stadium and to pursuing a long-term commitment to host the Miami International Boat Show, but they pretty much ignored the multi-million-dollar development proposal.

It was learned the boat show organizers first approached Mayor Regalado about staging the event somewhere in Miami for 2016 and 2017, while the Miami Beach venue undergoes reconstruction.

Commissioners agreed Nov. 20 to direct City Manager Daniel Alfonso to continue to work on funding sources for the stadium’s restoration and to negotiate directly with the boat show organization to bring the annual event’s base to Miami for 2016, 2017 and hopefully long term.

“We are committed to make sure the boat show comes to the city, also that we renovate the stadium,” said Mr. Alfonso. He might have a proposal showing “how we do both” at the commission’s Jan. 8 meeting.

The 6,566-seat concrete stadium was built in 1963 on land donated for water sports. The popular outdoor venue was known for scenic views of downtown Miami and Miami Beach, hosting motorboat events, concerts and more. The stadium was abandoned in 1992 after Hurricane Andrew struck the area.