Advertisement
The Newspaper for the Future of Miami
Connect with us:
Front Page » Top Stories » 40 more luxury retailers on way 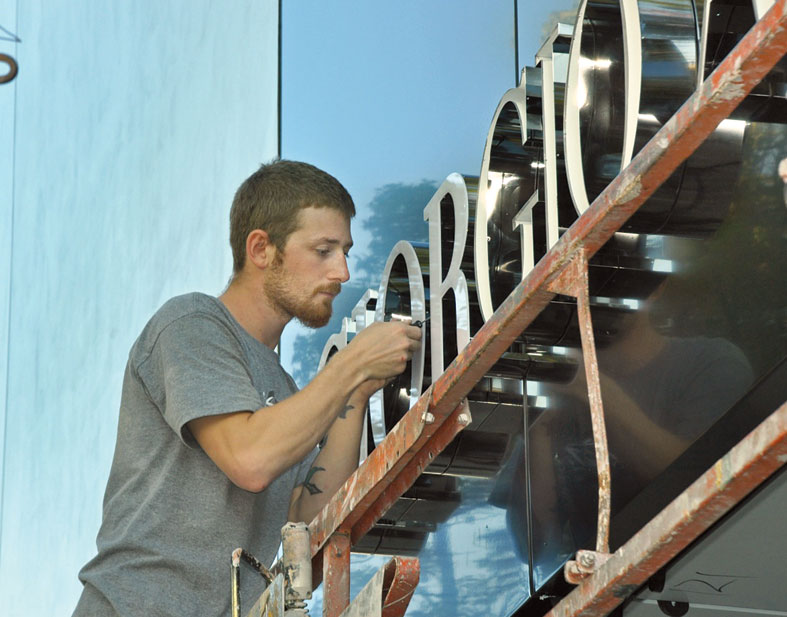 Miami’s Design District, already home to more than 60 luxury retailers, will welcome at least 40 more when the first phase of an audacious new project opens its doors early next year.

That’s when Dacra Realty, in partnership with L Real Estate, will begin moving tenants into the Design District, a $2 billion mixed-use development that boasts 1.1 million square feet of retail, a hotel, low-rise residential units, restaurants and four parking garages. It’s set on a four-block parcel on Northeast First Avenue from Northeast 38th to 42nd streets, and is planned around a landscaped pedestrian promenade.

“The needs and wants of the retailer and consumer have both changed,” said Tony Arellano, executive vice president of Metro 1 Properties and a member of the board and executive committee of the Commercial and Industrial Association of South Florida. “Tom Ford, Theory, Helmut Lang, Ferragamo – these are brands you can buy at Saks. They have instead chosen to create their own flagships. It’s an ode to the brand.”

Helmut Lang and Theory have signed a lease for 5,000 square feet at 101 NE 40th St. The two-story building features high ceilings, and the purveyors of luxury goods will get to design their own façade, he said. “It almost makes it larger than life.”

While these globally-known brands could choose from “high-street retail” locations all over the world, “Miami is a bargain,” comparatively, Mr. Arellano said. Top-drawer retail space can fetch $1,600 to $2,500 per square foot per year in Hong Kong, Dubai or Tokyo, but similar space can be had for $150 to $200 per square foot per year here, he said.

“These luxury retailers are coming to Miami because it’s growing, it’s a young city and it’s a bargain,” he reiterated.

Metro 1 has for sale or lease about 50,000 square feet of retail, and every single listing has drawn multiple offers, he added. He expects things to heat further as the Design District project fills up.

“Mall design has changed, and this was a response to that,” he explained. “It won’t feel like a mall. Luxury retail customers want to have an experience; otherwise, people would just buy online.

“This justifies that for them. It will be very Miami, very international, artistic, and cultural. And people are realizing that’s not easy to get.”

There are several super-brands that blaze a trail to new high-street retail development and they have adopted the neighborhood, said Ilana Rosen, associate partner with the Atlanta-based Parker Avery management consulting firm. “Hermes, Dior, Louis Vuitton – where they go, the other brands follow suit.”

And they are able to do so because the companies survived the recession nicely, she added. “Even though the economy took a hit and is bouncing back, luxury has bounced back quicker,” Ms. Rosen said. “The fact that Miami is an international city appeals to Latin Americans, particularly Brazilians and Venezuelans, who have enjoyed a nice uptick in their economies and who are buying up properties. People who have disposable income have the propensity to spend it on luxury goods. The market for luxury goods has not fallen down.”

“Everything today is about the brand,” said Diane Sepler, designer and principal of Miami Lifestyle Associates. The luxury brand LVMH, which owns Louis Vuitton and Moet Hennessy, has made substantial investments in the area that allow its brands to shine, she said.

And these high-end retailers want to be where the money is, she said. “Look at all the incredible residential growth, and all of these building are now occupied. The price of a new high-end condominium on Miami Beach averages $3 million to $7 million, and sales of more than $30 million per unit have been reported, she said.

“It’s a huge boom, and these are all people of means,” who have residences just across Biscayne Bay, Ms. Sepler said. “The numbers of new residents are exploding, and so are their incomes. The rich are getting richer, no question.”