Advertisement
The Newspaper for the Future of Miami
Connect with us:
Front Page » Business & Finance » Swire to tunnel under closed Miami street 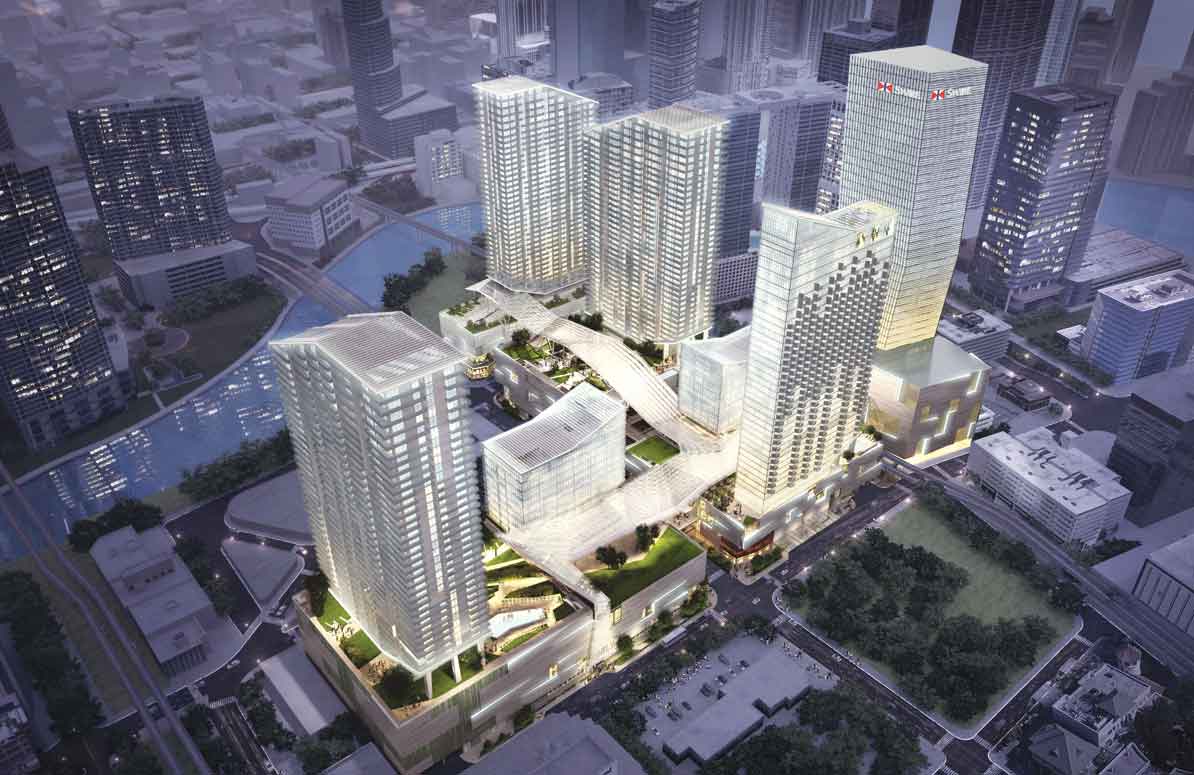 Part of Southeast Sixth Street has been closed through next April 15 as part of the massive Brickell City Centre project in the heart of Miami.

Southeast Sixth is closed to cars and pedestrians from Southeast First to South Miami avenues to move utilities and build a tunnel connecting the Brickell City Centre properties.

The city approved the original plan about two years ago, bounded by Southwest Seventh and Eighth streets, South Miami Avenue and the Metromover. Later the city approved an expansion to the north, up to and beyond Southeast Sixth Street. Then earlier this year, commissioners approved Swire’s request to expand the footprint east to include 700-710 Brickell Ave.

Already years in the making, the foundational work included construction of elaborate underground parking and a roadway.

The two levels of underground parking total about 1,934 spaces to support some 725,000 square feet of retail across four levels.

The underground parking is designed to internalize flow and limit the impact of cars and trucks on adjacent roads. The internal circulation is via connection of the five underground garages at a basement level via driveways beneath South Miami Avenue, Southeast Sixth and Seventh streets and the Metromover right-of-way.

Southeast Sixth Street will also become part of a major road improvement project for the development and the neighborhood just south of the Miami River.

In May, city commissioners agreed to turn over two properties in Brickell to BCC Road Improvement LLC, part of Swire, with the ultimate goal of smoothing traffic in the booming neighborhood.

One of the three city resolutions needed to complete the deal noted that $700,000 from Sixth Street easement fees made by Swire would also be considered, in order to cover the costs associated with the purchase of the two parcels from the state.

The land is near where South Miami Avenue meets Southeast Sixth Street. One parcel was home to an office of the Florida Department of Juvenile Justice.

BCC Road Improvement plans to reconfigure the traffic pattern there to include a new traffic circle.

Swire championed the proposed traffic calming construction as “a really great project” that will not only complement City Centre but the Brickell neighborhood as a whole by helping improve traffic flow.