Advertisement
The Newspaper for the Future of Miami
Connect with us:
Front Page » Arts & Culture » ‘Iconic’ riverfront building set for restaurants 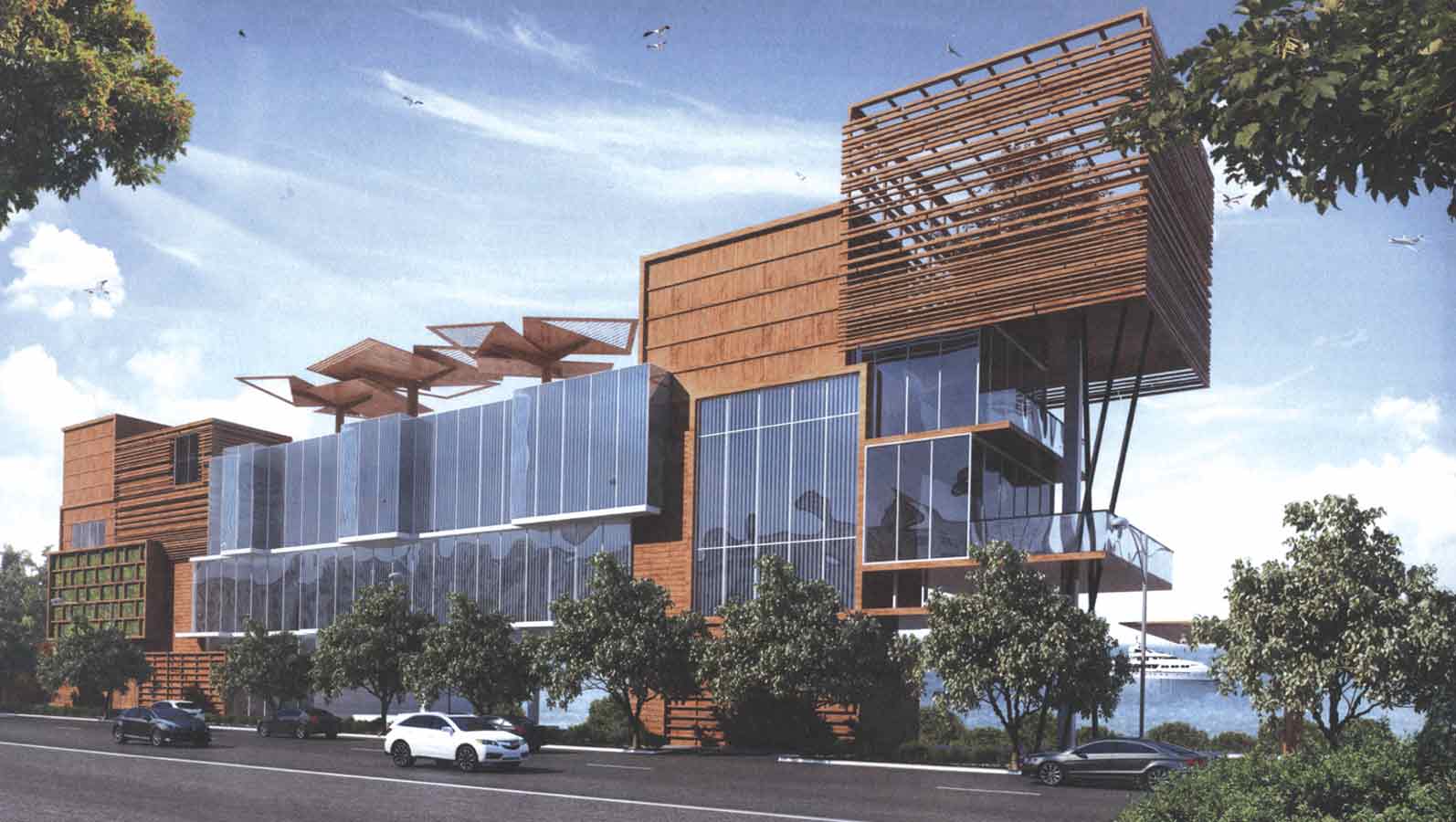 Not one but two new restaurants are coming to the banks of the Miami River.

The Miami River Commission on Monday unanimously approved plans for the pair of eateries, proposed by developers The Melo Group and considered Phase II of Flagler on the River.

The developer has a commitment with one tenant that plans to build-out the interior of the new structure after Melo constructs the exterior of the four-story building, according to Arturo Griego of Itec Design, principal architect of Phase II.

The plan received good reviews Monday from river commission members, many of whom applauded the unique look of the proposed building.

From Itec Design, the building’s look is a play on lobster crates of varying size, and renderings show open areas on the ground floor affording see-through views of the river for motorists and pedestrians on Northwest North River Drive.

Mr. Griego said the new building will enhance the river and the public riverwalk. He said The Melo Group will be responsible for building and maintaining the riverwalk.

The developer might ask for a 1-foot waiver of the street-side setback for the new building, he added.

Commission member Javier Betancourt commended Mr. Griego on his design, saying it was instantly “iconic” and will be a draw to the site. Mr. Betancourt, deputy director of Miami’s Downtown Development Authority, said the project is consistent with plans to activate the streets for walking and encouraging use of public transit.

Mr. Betancourt mentioned the city’s project to improve Flagler Street from Biscayne Boulevard to the courthouse. He said there have been recent talks about a second phase to make improvements on Flagler from the courthouse to the river.

“This would tie into it very well,” Mr. Betancourt said of the restaurants. He suggested city officials sit down with The Melo Group to talk about that possibility.

Dr. Ernie Martin, chairman of the commission’s Greenways Subcommittee, said he was impressed by the quality of the architectural design. “He captures the river… It’s a great concept,” he said.

“It’s a beautiful building,” said commission member Sandy Batchelor. “It will bring a lot of good business downtown.” She said her only concern was to make certain the unique structure be built to withstand hurricane winds.

The developer hopes to break ground on the Phase II building in 6 to 8 months, said Mr. Griego.

SUSHISAMBA restaurants are operated by Samba Brands Management (SBM), which was founded by Shimon Bokovza, Matthew Johnson and Danielle Billera in 2012. Having originally established a restaurant management company in 2000, the trio launched SBM to oversee their growing brands, according to the company’s website.

Duck & Waffle made its debut in the summer of 2012 in London, with an emphasis on local, rustic, seasonal and sustainable British ingredients. Duck & Waffle is open 24/7, offering breakfast, brunch, lunch, dinner and late-night menus.