Advertisement
The Newspaper for the Future of Miami
Connect with us:
Front Page » Top Stories » Bayside revamp to begin in 2015

Bayside revamp to begin in 2015 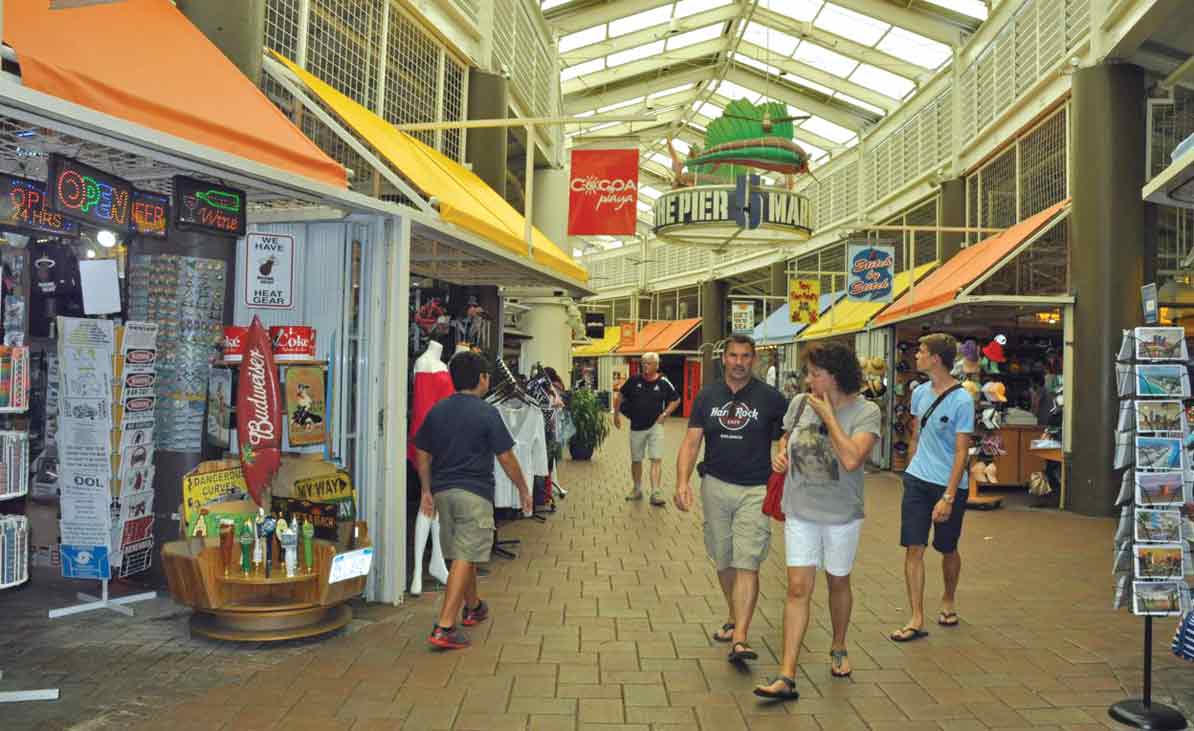 The renovation and expansion of Bayside Marketplace on Miami’s waterfront will be much more than a new coat of paint and new restrooms.

Pam Weller, senior general manager at Bayside, said the changes will be very exciting, and the first phase is set to begin next year.

“We’ve started the design work… a lot of the renovations will be in phases, the first being our food court,” said Ms. Weller.

Construction will most likely commence in early 2015, she said, with an eight-month schedule for completion of that phase.

“We’ve already started getting permits from the city for a portion of that work. We’re doing that now until January – pulling permits so we’re ready to go,” said Ms Weller.

It will mean a rebuild of the food court. The area will be “taken down to the interior walls and completely rebuilt,” she said.

“It will have a whole new atmosphere, new wall finishes and decorative lights and flooring,” she said. The new perks will also include “soft seating,” with stylish couches and benches with cushions built into the design of the revamped food court.

New bathrooms are also on tap as part of Bayside’s expansion, she said.

The 27-year-old retail, restaurant and entertainment complex is north of Bayfront Park, on about 17 acres of city-owned waterfront leased to Bayside Marketplace LLC.

Earlier this year new agreements were approved by city commissioners, and OK’d by voters in August, that extend the leases to 99 years and require the company to make at least $27 million to $35 million in renovations to the dual-level open-air market. The deal includes adding about 17,000 square feet of retail, expansion of the parking garages, and allows for construction of SkyRise Miami, a 1,000-foot observation tower.

Work on the tower, on less than 2 acres just north of the Hard Rock Café, continues in earnest as Bayside prepares for its reconstruction.

Hard Rock is a tenant of Bayside and considered a partner in the long success of the commercial venue, according to Ms. Weller.

Hard Rock has welcomed “all the hustle and bustle of building out the tower,” she said, noting that much of the work is accomplished in the evening so as to limit disruption to Bayside’s customers and tenants.

“We are working hard to make sure tenants are not disrupted,” Ms. Weller said. This principle will also apply when reconstruction begins on Bayside itself, she said.

Since the August referendum, Bayside representatives have been meeting weekly with SkyRise Miami workers to coordinate activity at the site, she said.

The addition of SkyRise to the marketplace is “very, very exciting,” she said.

Ms. Weller said Bayside is looking forward to the other phases of its renovation, particularly adding 17,000 square feet of retail facing west onto Biscayne Boulevard. Much of the current boomerang-shaped marketplace is oriented toward the water.

“We are looking for the perfect tenants to take that 17,000 square feet,” she said. The new floor space is also in the design phase. The goal is to create a complete sidewalk-pedestrian atmosphere, affording more connectivity between Biscayne Boulevard and the waterfront.

Improvements to parking may be included in this phase.

“The parking garage element includes enlarging the height of the garage and adding on new spaces,” she said. There is no timetable for that work yet.

“We are the number-one tourist destination in the city of Miami,” she said, and as such Bayside is very sensitive to limiting the impact of the renovation work on the foot traffic.

“We don’t want any of our work to inconvenience anyone,” she said. Most of the renovation will be done in the evening and early morning.

“We’re very aware of maintaining foot traffic and increasing it… it’s near and dear to our hearts,” she said.

New tenants include the flagship store of Fit2Run, in the south building facing Biscayne Bay.

Burger chain Five Guys is opening this week, in the north building across from Hooters.

Under construction is Bavarian Haus, a sit down restaurant-bar, on the second floor of the north building next to Chili’s.

When 2015 rolls around, Bayside will be fully leased, said Ms. Weller.

Other general work is to include new flooring, painting, seating, “all the cosmetic things that will bring us into the 21st Century,” she said.

“It’s an exciting time, not just with the tower coming but with the shopping center doing as well as it’s doing,” Ms. Weller said. “We’re really excited.”