Advertisement
The Newspaper for the Future of Miami
Connect with us:
Front Page » Business & Finance » Miami Wilds LLC wants $13 million in public funding 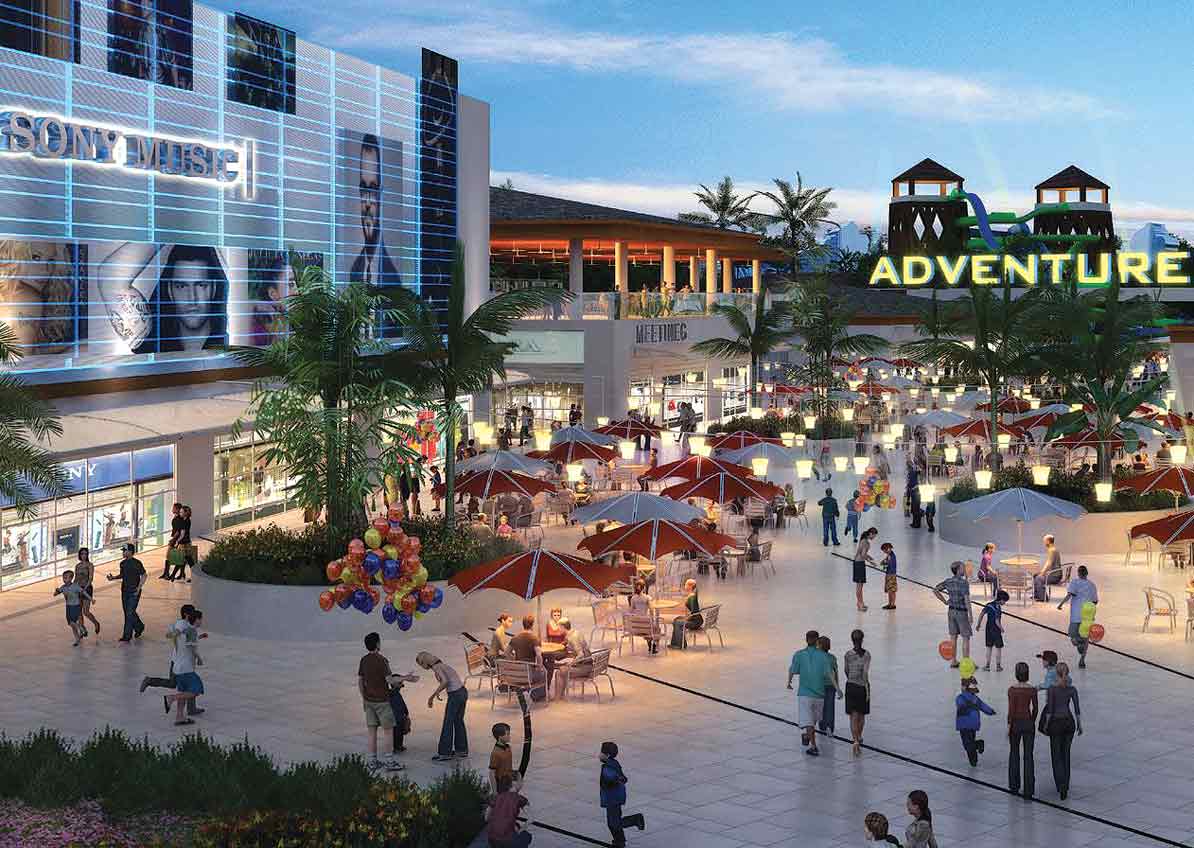 Not only does Miami Wilds LLC want to build an amusement park complete with water rides on county-owned land in South Miami-Dade, but the developer also plans for a 400-room hotel as well as a rich choice of retail and restaurants.

Miami Wilds LLC and Miami-Dade County are negotiating the logistics of the proposed development that might rise at the county-owned Zoo Miami and on adjacent federally owned land.

The county commission might consider a proposal by year’s end, but zoo officials couldn’t confirm that.

The proposed $930 million project is to have nine elements, according to records filed with the county.

Included in the plans: theme park rides, such as a 4-D attraction and an Alien vs. Prometheus dark ride; a water park opened seasonally; a 400-room hotel with a Sony Music Theatre performance venue; a 30,000-square-foot retail and restaurant village at the zoo’s entrance; an entertainment center with movie theaters and bowling; an outdoor area for sports; a landscaped pedestrian and bike path; parking; and a 1.5-mile transportation link that unifies the project’s parts.

Miami Wilds LLC plans to lease land from the county for the project. The developer says Miami-Dade would earn more than $67.1 million in rent during the first 20 years of operation, records show.

In addition, the increased tourism sparked by the entertainment complex would translate to $6.7 million a year in bed and local option sales tax, records show.

For the proposed development, Miami Wilds LLC is requesting about $130 million, or 14% of the estimated overall project cost, in public funding, county records show.

The developer wants $13.5 million to come from Miami-Dade County Economic Development Funds, or county bond money designated for projects that would be a significant economic benefit to the county. Specifically, that $13.5 million is to be used to replicate several US Coast Guard communications towers. Part of the entertainment complex is to be built on federally owned land northeast of Zoo Miami where the US Coast Guard now has facilities.

For that to happen, the developer needs to replicate several Coast Guard communications towers.

But records didn’t specify from which public agency the developer would seek these funds.

Initially, a Zoo Miami entertainment complex was to be developed by Miami Wilds LLC in conjunction with Dinosaur Park Miami Corp., a subsidiary of Germany-based Dinosaur Park International. But the latter company, which planned on a $14.3 million investment into a dinosaur-based park, pulled out of negotiations earlier this year.

Backers of the area’s development said the move wasn’t detrimental to plans to develop the area.

Mr. Moss and other backers of the development tout it as a much-needed economic engine for South Miami-Dade.

In an emailed statement, Greg Lombardo, vice president of live and location based entertainment for 20th Century Fox Consumer Products, said: “With a strong international and domestic tourism market and a year-round climate, Miami is a great potential US location for a 20th Century Fox World theme park. We view this as a strong opportunity.”