Advertisement
The Newspaper for the Future of Miami
Connect with us:
Front Page » Filming » County may create film incentives 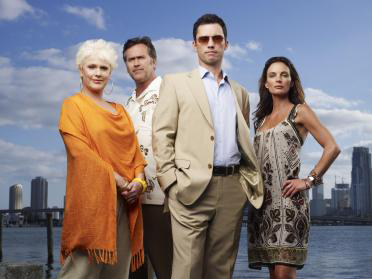 Miami-Dade County’s Economic Development and Port Committee is to consider today (10/16) whether the county should fund its own film incentive program, in light of the State of Florida’s failure to add to its incentive program for the past two years.

Since the legislature’s inaction on the incentive program, direct spending by the entertainment industry has decreased more than 50%, and document says.

In 2010, a Jobs for Florida bill designated $242 million over five years for tax credits for film studios and other production companies. By March 2011, $227 million of the credits had been committed, with the majority going to so-called high impact television shows like “Magic City,” “The Glades” and “Burn Notice.”

The state’s film incentives come in the form of tax credits based on the scope of the production, number of local people hired, the season in which filming occurs and several other variables. The credits can be sold at the end of the term if the production doesn’t need the equivalent tax relief.

Forty states offer incentives, and some of their programs – particularly those in Louisiana, North Carolina and Georgia – are well-funded and aggressive. Other countries throughout the Americas also offer film incentives.

If the Economic Development and Port Committee approves, the measure will go to the county commission next month. It directs the mayor or his designee to prepare a report on the feasibility of a home-grown incentive program, to identify what other counties are doing, and to set forth a plan for devising such a program, if it is warranted.