Advertisement
The Newspaper for the Future of Miami
Connect with us:
Front Page » Latest News » Goldman Properties, city near Wynwood deal 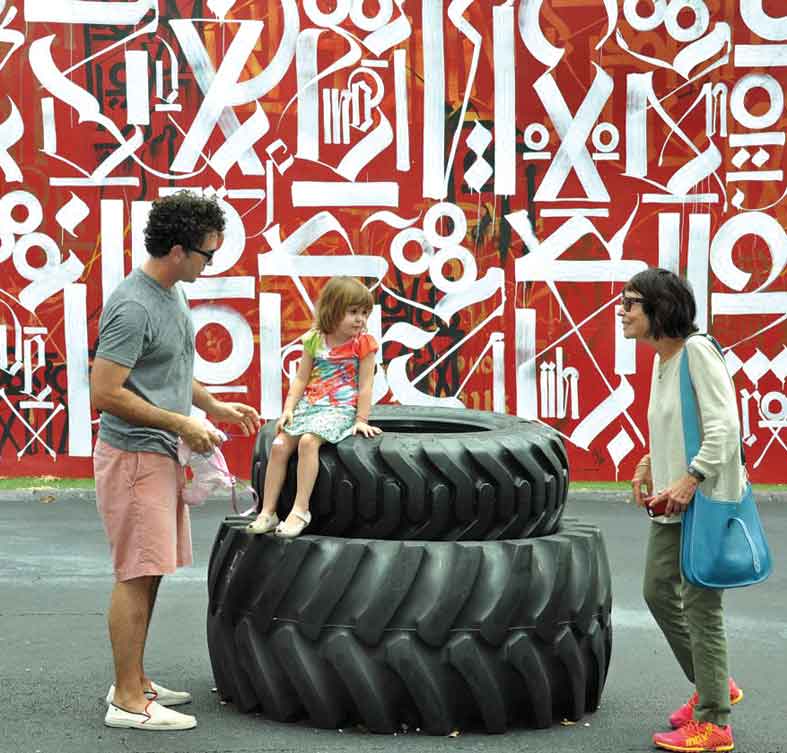 It is an important moment in the evolution of Wynwood, as the caterpillar to butterfly transformation continues to turn an ugly warehouse district into an oasis of eye-popping art and creativity.

The Miami Parking Authority last week launched virtual parking in Wynwood that relies heavily on PayByPhone parking and is very close to striking a deal with Goldman Properties for a large new parking garage in the neighborhood.

Goldman Properties, a key player in the area’s transformation, is poised to begin construction of a garage to serve the booming area and is close to a public-private partnership with the parking authority.

The city’s parking agency, under the guidance of the Off-Street Parking Board, is considering several public-private partnerships as it grows its influence in the region.

Art Noriega, authority chief executive officer, said he’s been in talks with Goldman representatives for months about partnering on the garage and hopes to have a deal carved out for parking board consideration in November.

Board member Marlon Hill asked why Mr. Noriega is optimistic about reaching an agreement.

He said Goldman representatives have been patient and they see the value of striking a deal.

Mr. Noriega spoke of his considerations when working on potential partnerships, and the need to limit risks because “we’re using the public’s money.”

The time to decide is here, he told the board. “Ultimately, it is time to fish or cut bait… We don’t want to hold them back. They’re ready to go,” said Mr. Noriega.

“This garage is exciting for us,” Marlo Courtney, senior managing director with Goldman Properties, told the board.

The proposed partnership would be similar to one the company struck with Miami Beach to build a 650-space garage, said Mr. Courtney.

In Wynwood, the company plans a parking facility on a 40,000-square-foot site west of Northwest Second Avenue between Northwest 27th and 28th streets.

“We’re in design. We are way into this project… to construction drawings,” Mr. Courtney said. He admitted it was a bit frustrating that talks about a possible public-private partnership were taking so long, but he said he understands the challenges the authority faces when entering such an agreement.

The new garage will make Wynwood the “coolest and greatest neighborhood,” Mr. Courtney said, and will play an important role for Goldman Properties, which owns 25 Wynwood properties.

Joseph Furst, Goldman Properties’ managing director of Wynwood, told the board his company wants the garage to be an asset for the neighborhood.

“The location is dead center and within 750 feet of everything relevant,” Mr. Furst said.

Mr. Furst commended the work of the fledgling Wynwood Business Improvement District board, saying the governing agency has made “great strides” in improving the neighborhood.

Board member Stephen Nostrand said he’s known Mr. Courtney for years and described him as upstanding. “I hope we can work something out,” he said.

The board and staff went on to discuss the official launch of virtual parking in the Wynwood BID area. A soft launch elicited some complaints and concerns from area business and property owners. Authority officials met face-to-face with some detractors and the program has been tweaked, in part adding more spaces for employee parking.

“We have to be flexible. That’s our job,” said Mr. Nostrand.

The authority is touting the program as a way to ease traffic congestion, increase safety and enhance mobility. The program also aims at making parking convenient, affordable and more efficient in the growing area.

PayByPhone offers a simple way to pay for parking using a smartphone, such as iPhone, Blackberry or Android. To participate, motorists register at www.paybyphone.com or download the free app. This technology alerts drivers via text message when their parking session is about to expire. They can add time without having to walk back to the vehicle.

”In an area that has experienced a fast-paced growth in a short span of time, we believe that the new parking program will improve accessibility, safety and mobility in the Wynwood BID,” said Rolando Tapanes, authority planning and development director.

“The parking business throughout the US and the world is going cashless and this program fits the image of Wynwood as a core for innovation,” he said.

The new parking program in Wynwood has a two-week grace period when courtesy citations are being issued to non-compliant parkers.

The initiative’s four components are on-street parking, loading zones, disabled parking spaces and an employee parking program. In addition, the authority has dedicated some parking spaces for individuals who pay on a monthly basis.

Regulating parking in the area is part of the growing process, she said.

“It is growing pains… Some want to grow without the pain, but they go hand in hand,” said Ms. Argudin.

Information on the changes can be found at www.miami
parking.com.

Amidst the progress in the area, a new wave of developers is planning, designing and building live-work-play projects, boosting the growing residential presence in the Wynwood Arts District.

And perhaps the cherry atop this sundae of activity came Tuesday when Miami-Dade County commissioners co-designated Northwest Second Avenue from Northwest 20th to 29th street “Tony Goldman Way,” after the late trendsetter. Mr. Goldman transformed communities in New York, Philadelphia and South Beach before turning his attention to the warehouses in Wynwood.