Advertisement
The Newspaper for the Future of Miami
Connect with us:
Front Page » Communities » Miami parks contamination cleanup funded 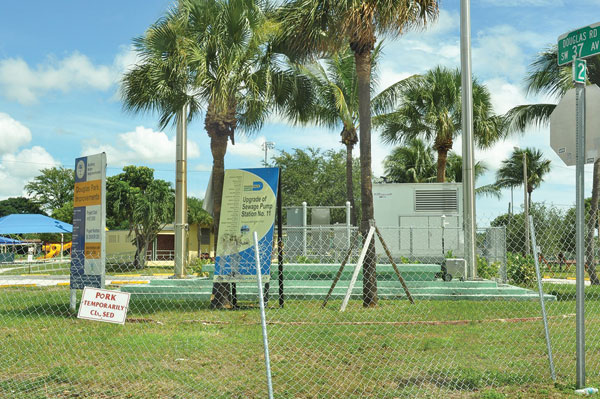 In their last action before adjourning at 12:35 a.m. Tuesday, Miami city commissioners approved a $10.1 million funding plan for the environmental remediation of a half-dozen contaminated parks.

The move came after Commissioner Marc Sarnoff had pushed the administration to find a way to clean up and reopen Douglas Park, one of the largest in the city and located in his district.

Mr. Sarnoff was proposing the city seek a hefty federal loan, but some fellow commissioners were worried that that plan would take funds from their districts in years to come.

At their Sept. 11 meeting, commissioners directed City Manager Daniel Alfonso and staff to explore funding options for the remediation.

At the close of this week’s marathon session, Mr. Alfonso presented the commission with a plan to use revenue from special obligation bonds to pay for the costly remediation.

Commissioners liked what they heard and preferred it over seeking the loan.

“We shouldn’t continue to debate how we’re going to solve the problem at Douglas Park,” Mr. Sarnoff said, just before the vote on the $10.1 million funding plan.

For a half-dozen parks, and the families and children wishing to play in them, the summer of 2014 was lost.

Most commissioners have expressed frustration at the time it is taking for remediation of the parks so they can be in use once again, and lament the barrage of complaints from residents about lack of green space and park land behind locked fences.

In late 2013 and early 2014, the city investigated the environmental status of its parks and discovered some contain contamination in soil below ground.

The city conducted environmental status evaluations at 112 parks due to contamination discovered at Blanche Park while testing soil within a 1-mile radius of the former City Incinerator #2 that operated in Coconut Grove.

Soil was tested at each park of concern, and eight were confirmed to contain a combination of solid waste debris and heavy metals at levels that exceed the Miami-Dade Cleanup Target Levels for the Residential Threshold.

Facing a huge bill to remediate the parks, city commissioners this year designated the contaminated properties as Brownfield sites, with the hope of applying for transferrable tax credits that can be sold.

The parks identified as Brownfields included:

Two of the city’s impacted parks, Curtis and Bayfront parks, are within the existing City of Miami Designated Brownfield Areas.

Ken Russell, who lives across the street from Merrie Christmas Park and has three young children, wants the park reopened but not until it’s safe.

The city’s plan – approved by county environmental officials – is to spread out the contaminated soil at Merrie Christmas Park and cover it with clean fresh fill material.

Mr. Russell told Miami Today he is not satisfied with the city plan to spread and cap the contaminated soil.

“The decision they’re making is frustrating… they’re not removing the toxic soil but instead spreading it around the non-toxic areas – they’re going to move the poison to areas where it isn’t,” he said.

There is no point in opening the parks quickly if the remediation isn’t done correctly, said Mr. Russell.