Advertisement
The Newspaper for the Future of Miami
Connect with us:
Front Page » Transportation » Port tunnel traffic grows 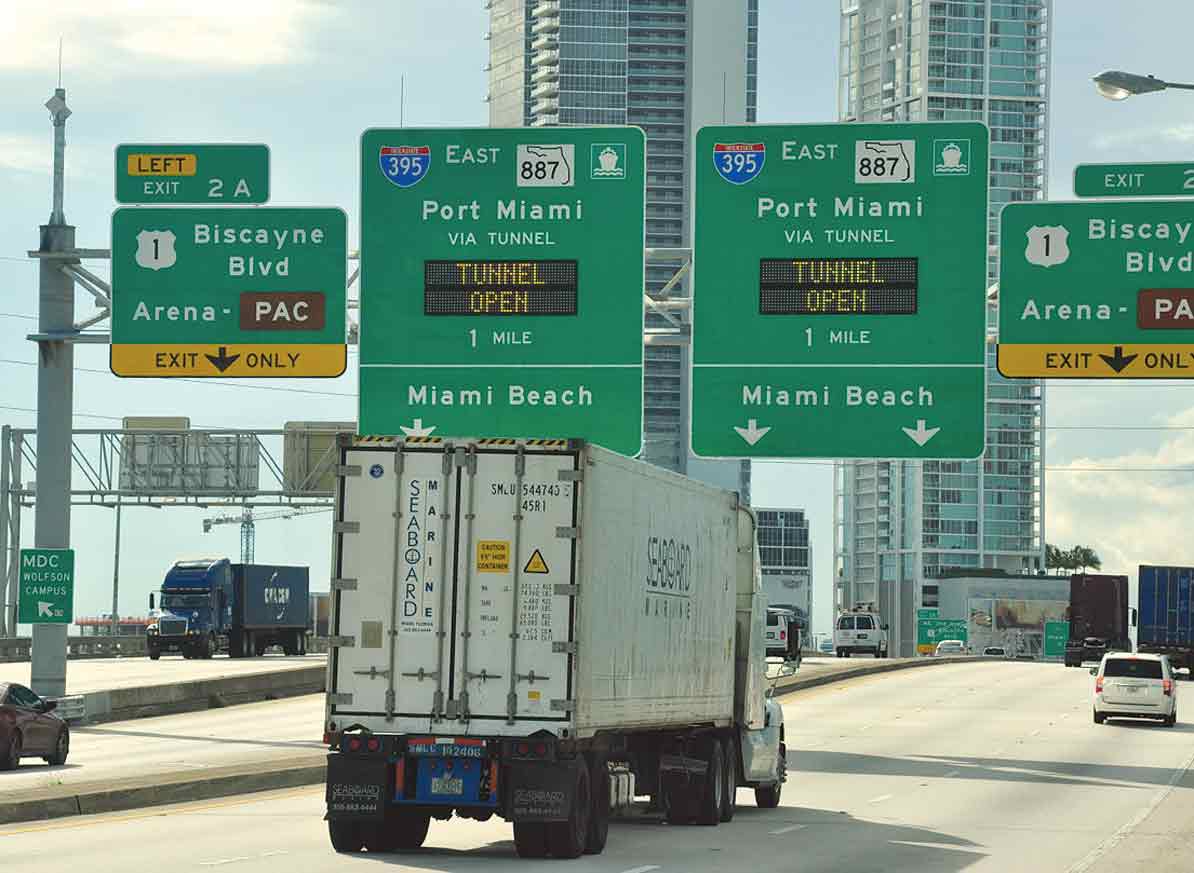 The PortMiami Tunnel was over 30 years in the making. Now finally open, it appears to be delivering on its promise of reduced downtown traffic. A review of vehicular flow through the tunnel between Aug. 3 and 31 shows a slight but steady increase day-to-day.

The highest volume day in August was Friday, Aug. 22, with over 10,000 vehicles. Mondays, Fridays and Saturdays see the most traffic week-to-week. A monthly profile provided by Australian asset management company Transfield Services shows that on those high-traffic days, over 7,000 vehicles use the tunnel.

The PortMiami Tunnel officially opened to vehicles Aug. 3 following a slightly problem-filled summer. A ceremonial opening in May preceded problems like a leaking force main, which drains the tunnel under the bay of rainwater and spillage. But during August, the tunnel saw routine daily traffic.

The tunnel is the result of a public-private partnership between the Florida Department of Transportation, Miami-Dade County, the City of Miami, the port and Bouygues Civil Works Florida, a subsidiary of Paris-based Bouygues, which handled the tunnel’s construction.

PortMiami is happy with the upwardly trending traffic volume through the tunnel. “We have already noticed a significant improvement in traffic flow,” said Andria Muniz-Amador, a spokesperson for PortMiami.

MAT Concessionaire was the consortium that oversaw the tunnel’s construction and continues to oversee its operation. The tunnel project was geared to help relieve traffic in downtown Miami, which each weekday sees nearly 16,000 vehicles traveling to and from the port. Truck traffic contributes nearly 30% of that number, according to an Americas Traffic Study. The idea was that the tunnel, which directly connects the port to highways via a Watson Island exit and I-395, would relieve congestion downtown.

The Miami Downtown Development Authority says it has noticed significant improvement in traffic through downtown. There was a huge difference the day after the tunnel opened, said Alyce Roberston, authority executive director.

On Monday mornings the traffic southbound on Biscayne Boulevard was clogged from Northeast Fifth Street to I-395 because of the number of ships in the port, Ms. Robertson said. On the Monday after the tunnel opened it flowed with no problem, she said, but only future monthly traffic volumes will reveal whether the tunnel continues to deliver on the promise of reduced congestion.