Advertisement
The Newspaper for the Future of Miami
Connect with us:
Front Page » Education » FIU grad Oxford bound with Frost scholars 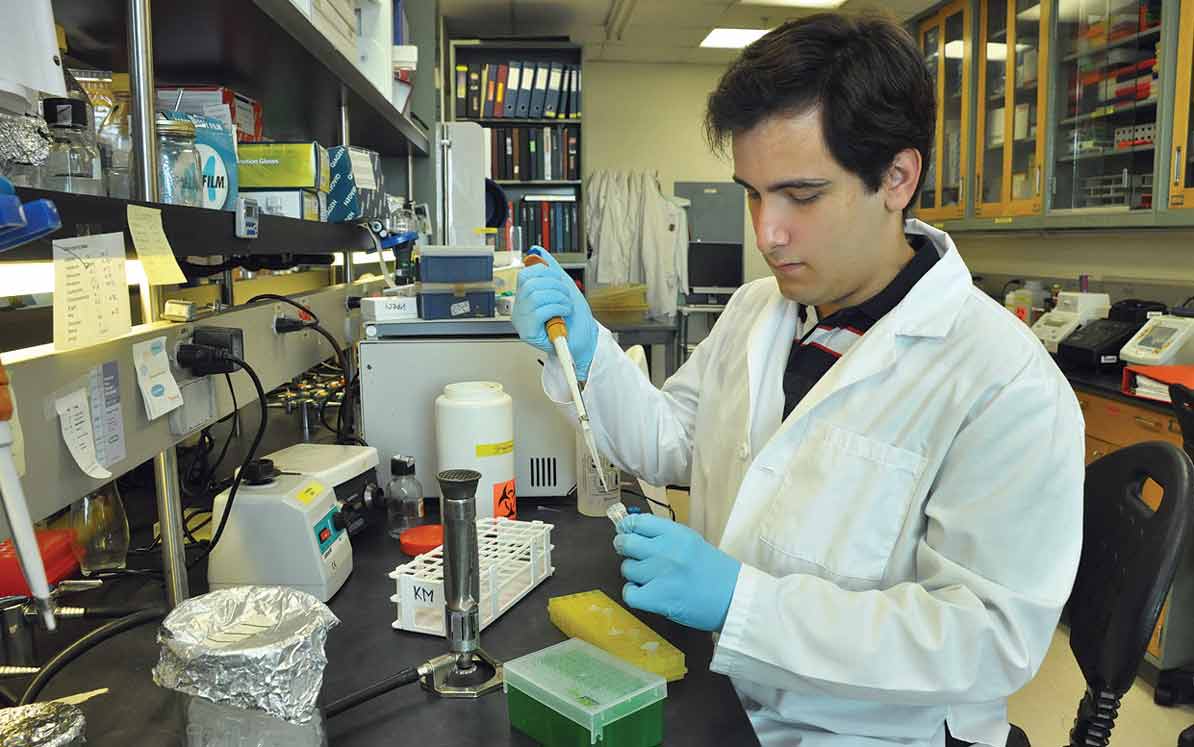 A recent Florida International University graduate is among 10 students heading to England this month to study at Oxford University, compliments of the newly created Frost Scholarship at Oxford.

The scholarship program, endowed by the Phillip and Patricia Frost Philanthropic Foundation for the next five years, gives 10 graduates of state universities in Florida the opportunity to get a master’s degree in science, technology, engineering or mathematics – known collectively as STEM – at one of the world’s oldest and most prestigious universities.

Jose F. Orta, who this summer graduated with bachelor’s degrees in biology and chemistry from FIU’s College of Arts & Sciences, will pursue a master’s degree in integrated immunology at Oxford, focusing his research on cancer or HIV.

“It will be a great experience,” he said. “Oxford is one of the top universities in the entire world to do biomedical research.”

As an FIU undergraduate, Mr. Orta worked as a research assistant in the lab of Professor Rita Mukhopadhyay for two years, investigating the role of sand flies in the transmission of the leishmania parasite.

Leishmaniasis, an infection that causes ulcers, fever, and an enlarged spleen and liver, flourishes in tropical and subtropical areas, he said, and is exacerbated by poverty and malnutrition.

With the encouragement of Dr. Mukhopadhyay, Mr. Orta presented his research at a number of international conferences and was also listed as co-author of a paper published in the journal “Diseases.”

“Dr. Mukhopadhyay has given me a lot of help in my career path,” he said.

Born in Cuba, Mr. Orta attended schools in Venezuela, where his family lived before immigrating to the US in 2007. He spent a year at Miami Dade College perfecting his English before transferring to FIU, where he was president of the university’s chapter of Medlife, a nonprofit committed to bringing medicine, education and development to low-income families, primarily in Latin America.

The Frost Scholarship at Oxford, announced about a year ago, covers tuition, fees and living expenses for Frost Scholars, who are chosen through a rigorous process that involves getting accepted by Oxford and then vetted by the State University System of Florida Board of Governors, said Patricia Frost, who sits on the board.

“We chose to select students who would be getting a master’s in STEM-related fields,” she said. “Our hope is that this will enhance Florida’s already high quality of education.”

“This is the first time Oxford has worked with a state university program,” said Ms. Frost, a retired educator who was the principal of West Laboratory Elementary School adjacent to the University of Miami campus.