Advertisement
The Newspaper for the Future of Miami
Connect with us:
Front Page » Transportation » County teaming with IBM to unsnarl traffic 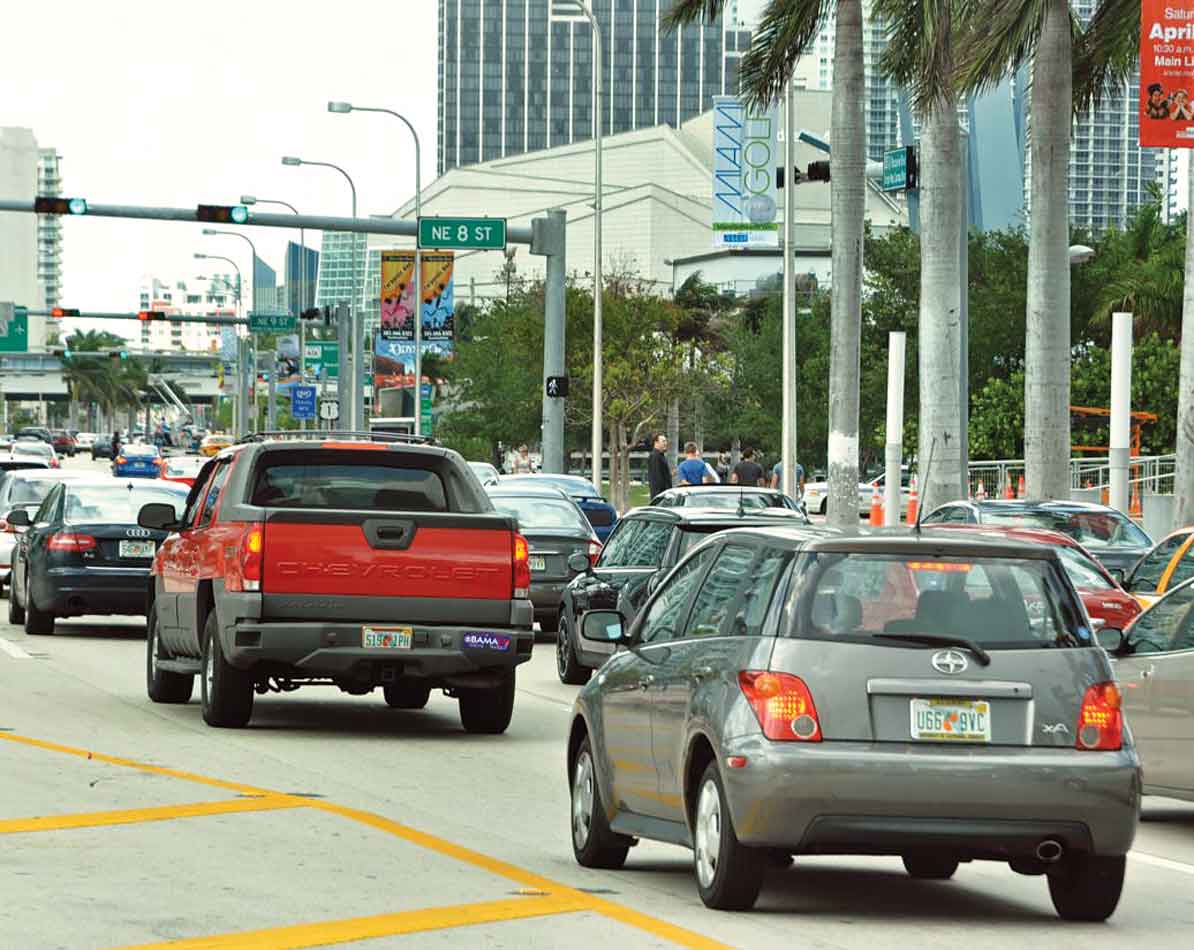 The traffic-light upgrade is one of many projects aimed at unclogging traffic. Mr. Gimenez said two others top the list: a rail Baylink connecting downtown Miami and Miami Beach, and an east-west transit option.

In addition, the county is looking at such initiatives as the upgrade to the traffic-light system it bought several years ago.

The system now is synchronized based on historical data – at 9 a.m. it behaves one way, at noon differently, depending on general traffic patterns during those times.

“The smart system,” Gimenez added, “changes as traffic changes” to handle the unforeseen.

How likely is such a system?

“It’s likely in the future. What’s the future? Three, four, five years, because it takes a lot of memory, it takes a really smart computer, so you’ve got to set up all the parameters and then you’ve got the investments on the cameras,” Mr. Gimenez said.

While such an upgrade would help untie traffic, reducing use of cars through smartphone transportation Apps would be more helpful, he told the roundtable.

“Putting two people in one car, that’s going to help a heck of a lot more than even synchronization,” he said.

Smartphone Apps like Lyft and UberX, where the driver and passenger connect via the application, have been operating illegally here this summer – despite taxi industry opposition. The county commission has been moving to legalize some such services but action stalled at the committee level.

The next step in ride-sharing, Mr. Gimenez said, is peer-to-peer smartphone Apps that will work like Lyft or Uber: people with the same destination would connect and share a ride.

“Maybe it’s as simple as you take out this application, ‘Hey, you are going to downtown.’ So I’ve got the car and you give me five bucks” to share a ride, Mr. Gimenez told Miami Today after the meeting.

He added during the meeting: “I got two people in a car and, by the way, if we just did that with half the people… we wouldn’t have traffic here because if you look, 80% of your cars have got one person in it. So if you put 50% of the cars with two people in them, you wouldn’t have any traffic jams in this county.”