Advertisement
The Newspaper for the Future of Miami
Connect with us:
Front Page » Education » 21 infused with new UM stem cell 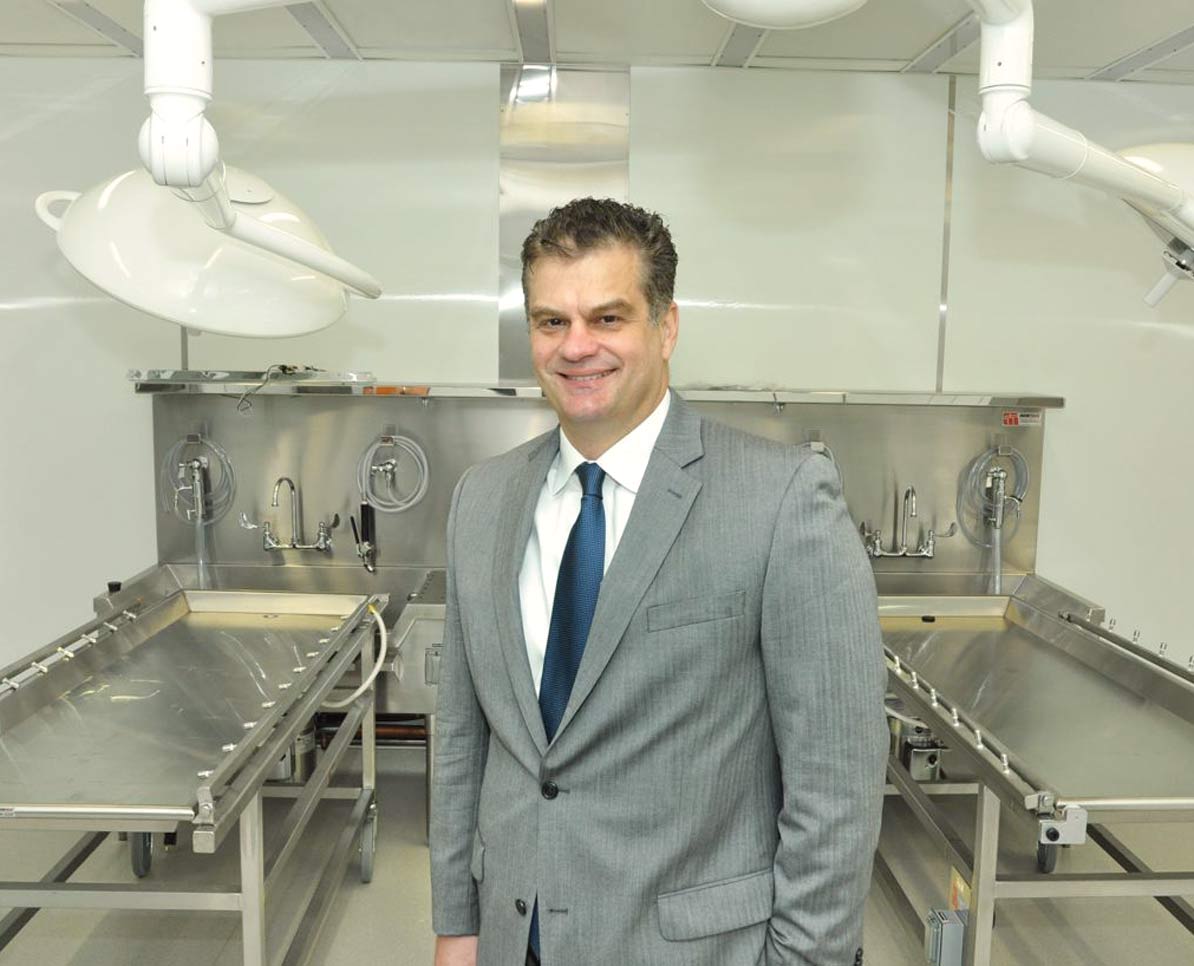 A partnership between University of Miami researchers and a Georgia-based biomedical company this month made a new type of stem cell commercially available for bone regeneration and healing.

The marrow-isolated adult multi-lineage inducible cell, known as the MIAMI cell, is the result of 15 years of research by the University of Miami.

Since the stem cell was made commercially available, about 21 patients have been treated with a MIAMI cell infusion.

“We are controlling the release to make sure it goes very smoothly,” said Tracy S. Anderson, president and CEO of Vivex Biomedical Inc.

Vivex invested in the research and development of the cell and licensed the technology from UM for orthopedic use. The company has contracted with the university’s tissue bank to develop the cell for commercial use and pays an undisclosed royalty back to UM from sales.

Before the MIAMI cell goes to full national release in January 2015, Vivex is controlling the use of the cell.

“I am going very slowly and selectively with the surgeons we are working with,” Mr. Anderson said. “Anytime you have a new product like this, you have to make sure that it goes smoothly.”

Mr. Anderson didn’t want to disclose revenue generated from the sale of the MIAMI cell, only saying that it has been “significant.”

So far, the MIAMI cell has been used in bone regeneration and healing in Utah, Florida, Georgia, Michigan, Illinois and Ohio.

Dr. Temple has already administered the cell in two “young” and “active” patients diagnosed with malignant bone tumor, he said.

Concrete data showing whether the cell infusion is working isn’t available yet.

“On their first follow-up visit, their whole demeanors changed. They were hopeful, they were happy, they were very optimistic,” Dr. Temple said.

Ultimately, follow up X-Rays will show whether the cell truly is doing what doctors think it’s doing.

Usually, Dr. Temple added, it could take as long as three months for bone to heal following a malignant bone tumor, but doctors hope the MIAMI cell would shorten this healing process to six weeks.

The MIAMI cell is unique compared with other stem cells on two fronts: It is highly inducible and potent since it shares traits with embryonic stem cells, and the process used to isolate it allows for a very pure MIAMI cell concentration.

Generally, when stem cells are isolated, the mixture comes with other cells that might cause inflammation in the patient.

“When we provide the cells, we can tell you that 95% of them are really MIAMI cells,” Dr. Temple said.

The MIAMI cell could be isolated from one patient and administered to another. So far, no regulatory approval is needed for MIAMI cell infusions. That’s because the cell is extracted from bone and infused back into bone without any manipulation in between, Dr. Temple said.

The hope is that in the future the MIAMI cell would become commercially available to regenerate other types of human tissue – from cartilage and skin to nerves. In those cases, regulatory approval might be necessary.

For now, however, researches are hopeful for the use of the MIAMI cell for orthopedic cases.

“Right now, we really want to make sure that this product is beneficial well above and beyond in forming new bone and healing bone defects,” Dr. Temple said. “That’s our primary goal right now.”