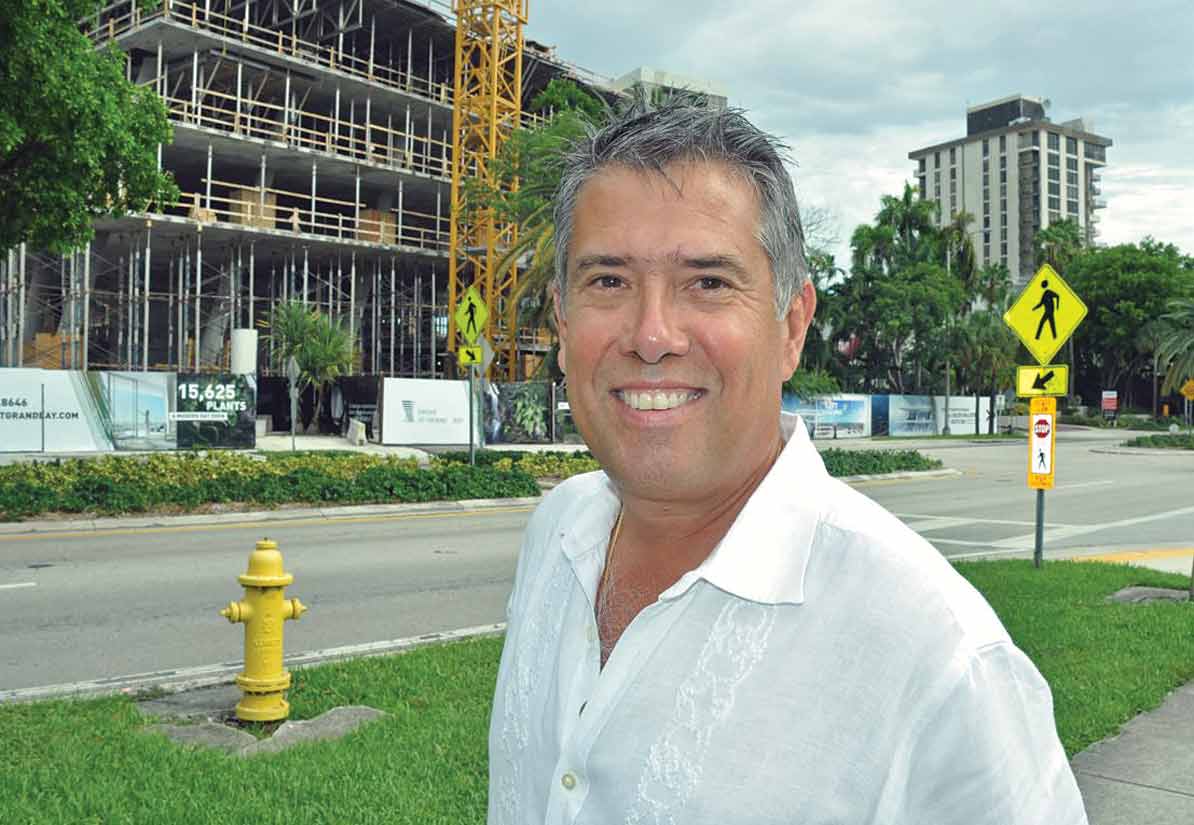 Coconut Grove will always be an appealing place to live, local realtors say, with the vast majority of its single-family homes, condos and townhouses remaining valuable and sought after by people in the surrounding area as well as from other parts of the US and world.

“The Grove is a small market, very desirable and always will be,” said Javier Gonzalez [pictured above], an associate for Re/Max Advance Realty. “What we offer is the best location in Miami – an area that’s secluded where we can get to the beaches, airport, hospitals, business district, the restaurant and theater scene in minutes.”

A resident of the Grove since 1965 who sells residential real estate all over Miami-Dade County, Mr. Gonzalez said he sees innumerable properties, knows the trends and can attest to the Grove’s location – more than anything – making it a popular area to live. In addition, he said, the Grove has the only useable waterfront in all of Miami and is one of the top competitive sailing destinations in the world.

Private schools in the Grove are excellent, which is an important factor for many international buyers who are accustomed to them for security reasons, said Jo-Ann Forster, senior vice president for One Sotheby’s International Realty. She said the Grove’s location makes is popular for the local, national and international market as well as people fleeing urban settings.

Ms. Forster said residential prices have risen, possibly 15% in the past year, and she expects the trend to continue for some time until inventory increases, causing the market to stabilize.

“Overall, in all areas of the Grove, there’s a scarcity of inventory which creates demand and higher prices,” Ms. Forster said. “Between four and six months of inventory is a balanced market, and now it’s four months or less in certain segments.”

She said prices in the Grove for residential real estate are low in comparison with Key Biscayne and Miami Beach. “As soon as something comes on the market, it goes quickly, particularly single-family homes and condos.”

Mr. Gonzalez said another factor that makes the Grove such a desirable place to live is that it is one of the safest communities in Miami-Dade.

“This is an affluent area where many people stay at home and there are few gated communities, so you see people walking around a lot,” he said.

Ms. Forster agrees it’s a community where people are out walking regularly and says the Grove is “very laid back” with so many people out in the evening and all the block parties that take place.

Mr. Gonzalez said there are three types of residential real estate, with accompanying price ranges, in the Grove: high-end housing complexes costing multi-millions such as Grove At The Grand Bay and Park Grove, which, when completed, will have three condominium towers; mid-level single-family homes and certain condominiums (in older buildings like Grove Towers, Grove Isle and Yacht Harbor) still accessible for under $1 million; and townhouses in Center and West Grove starting at $450,000 and up to $800,000.

Prices are trending up with certain projects that “hit all the right notes” such as a garage, pool and interior style that’s contemporary, open, white and with substantial square footage, Mr. Gonzalez said.

At a certain point, he said he believes prices will stabilize somewhat in the Grove but, until then, Grove builders are “bullish” because of infrastructure improvements that will soon be made.

“Builders go where they can make money,” Mr. Gonzalez said.

He tells his Grove clients that it’s always a seller’s market and said Grove properties will always sell at some price because the owner has a product that someone will buy.

“Now is a great time for buyers and sellers,” said Ms. Forster. “Interest rates are low and prices are higher in cities nationally and internationally than in the Grove.”