Advertisement
The Newspaper for the Future of Miami
Connect with us:
Front Page » Education » Graduation rates miss superintendent’s vow 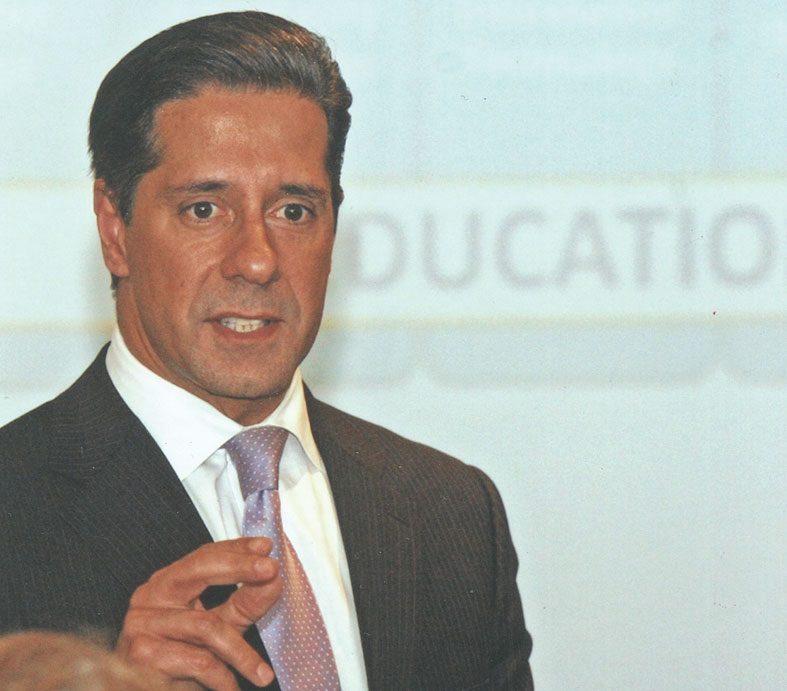 Despite Superintendent Alberto Carvalho’s pledge two years ago to have a 90% high school graduation rate by 2014, Miami-Dade public schools are at 77.2% in the latest released rates, above the state average but not yet the percentage that administrators, teachers and the community want.

When he made comments in the past and to the Greater Miami Chamber of Commerce in 2012, Mr. Carvalho said, they weren’t based on Miami-Dade School Board mandates but, rather, personal stated goals.

“They are goals we are working very hard to meet, but there are a myriad of factors that play a role in reaching these goals, the biggest factor being the changes that were made to the graduation requirements in 2012,” he responded in writing to Miami Today’s questions. “Had those changes not been made, we would be very close to the 90% if not surpassed it. In fact, we have some schools that have passed the 90% graduation rate.”

The four-year adjusted cohort rate is the number of students who graduate in four years with a regular high school diploma divided by the number who form the adjusted cohort for the graduating class. Students entering ninth grade at the beginning of a year form a cohort that’s later adjusted by adding students who transfer in during the next three years and subtracting those who transfer out or move away.

The US Department of Education began requiring states to use the new calculation of graduation rates in 2010-2011. The superintendent’s pledge came after that time.

Graduation rates from June won’t be released until fall, according to Denise Landman, director of public and media relations for Miami-Dade County public schools.

She said comparing the district’s graduation rates with students statewide shows Miami-Dade increasing steadily, starting below the state average in 2008-2009 (62% compared with 65.5%) but gradually overtaking the rest of Florida beginning with 2010-2011 (71.3% compared with 70.6%). The latest released rate, 2013, shows the district’s graduation rate exceeding the state’s average of 75.6%.

Mr. Carvalho said the district has several programs to help reach its goals. Beginning in ninth grade, students are welcomed by a College Assistance Program advisor who provides guidance, direction, support and educates students about graduation requirements, course requisites, financial aid options, and other information required for graduation and a college/career future, he said.

“Everything changes when a student gets to high school,” said Dr. de Armas, describing challenges a student faces after middle-school years. For ninth graders, she said, the district has a class called Freshman Experience so they understand what to expect.

Mr. Carvalho said there’s also a lot of training for student services staff that is sent to middle and high schools whenever early warning systems show student interventions are needed to deal with attendance, behavior, academics or other problems. Early Warning Systems are data points that identify a need to intervene at an early stage, such as when a student misses seven or eight days of class instead of waiting until the student has missed 20 days.

Other resources include group counseling, tutoring, mentoring and additional social services, he said. The district also has the Education Transformation Office (ETO), he said, to ensure “we are differentiating instruction to meet the intimate needs of all learners. It also focuses on aligning community agencies across district to ensure there are additional services where they are most needed.”

“The structure and ethos of ETO,” he wrote, “is to build, accelerate and sustain improvement in struggling schools; create a team of proven, experienced, and passionate urban educators and leaders to support schools and hold them accountability to higher performance; take ownership of improvement; limit operational obstacles to focus the work on teaching and learning.”

According to data compiled by the National Center for Education Studies, the nation reached its highest graduation rate ever in 2012, with 80% of students getting diplomas and some states even higher: 88% in Iowa, 86% each in Indiana, Nebraska, New Hampshire and North Dakota, and 84% in Illinois. Rates lower than Florida and Miami-Dade included Alaska at 68%, the District of Columbia at 59% and Oregon at 68%.

Yet Mr. Carvalho said it isn’t fair to compare Miami-Dade County Public Schools with the rest of the nation’s schools because in no other US district are 90% of graduates minorities.

“A large percentage of our students are low income, exceptional student education and English language learners,” he wrote. “We have a large population of immigrant students who come into our schools, but have never sat in an educational environment. It will take years for some of these immigrant students to master the content.”

Yet, despite these factors, Mr. Carvalho said the district continues to make strides – surpassing the state average.

“We will continue steadfast in our goals of increasing our graduation rates,” he said, “while keeping in mind that Miami-Dade is not a replica of the rest of the country.”