Advertisement
The Newspaper for the Future of Miami
Connect with us:
Front Page » Latest News » Genting gets bay easement removed 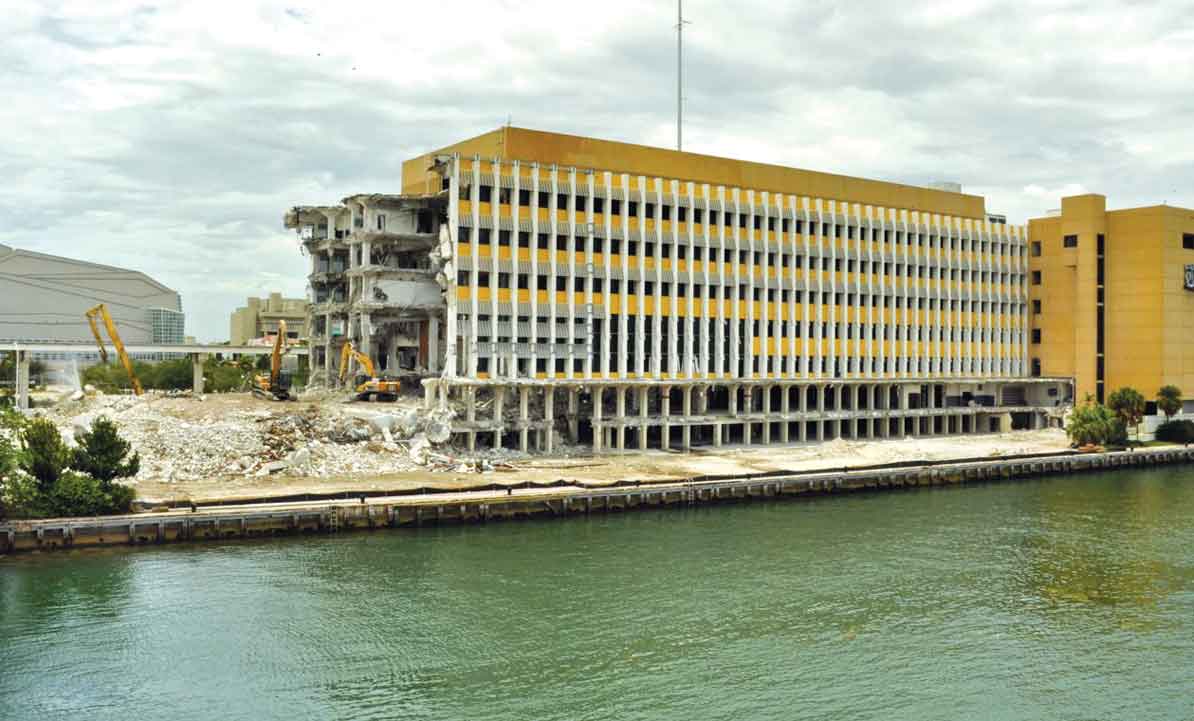 Imagine opening up an entire city block of waterfront on Biscayne Bay – in the heart of downtown Miami – to the public.

That’s exactly what developers say would happen as part of the redevelopment of perhaps the most high-profile site in the Magic City: the former home of the Miami Herald.

Much of the emaciated shell of the old newspaper office building remains on the site, as developer Genting Group has a demolition team working at a snail’s pace to bring down the structure.

Meanwhile, representatives of the developer went before the Miami City Commission to remove old easements on the property.

Commissioner Keon Hardemon was the first to bring up the topic of public access.

“Do they have a responsibility to build a public walkway?” he asked.

Yes, answered city staff, a public baywalk is required on the site, as a directive of the city’s Miami 21 zoning code.

Mr. Hardemon then wanted to know if the acceptance of a proposed new plat – entitled Resorts World Miami One – would undo the requirement for a public walkway.

Just the opposite, according to attorney Vicky Garcia-Toledo, who was attending the July 24 commission meeting representing Resorts World Miami LLC, a division of global gambling giant Genting.

Ms. Garcia-Toledo said a previous property owner, Knight-Ridder Newspapers Inc., got an exception not to have to build a baywalk. That’s one reason the area was replatted, she said, “to remove that restriction.”

Without offering any specifics of the proposed development, Ms. Garcia-Toledo said “a full baywalk is part of the design of the project.”

Mr. Hardemon said he was concerned about the language of the resolution, saying he wanted to make certain “there is a public walkway built along the water.”

The new plat was created in order to release a 1983 covenant “so we can build the walkway,” she told commissioners.

Malaysia-based Genting Group purchased the 14-acre newspaper site in 2011 for $236 million. It purchased surrounding properties, including the Omni Mall, and announced plans for a sweeping $3 billion luxury casino with multiple towers, stores and an elevated beach and lagoon.

Genting has fought long and hard to change state law to allow full casino gambling in Miami, but its continued lobbying efforts have been unsuccessful.

In March, state regulators denied a move that would have teamed up Resorts World Miami with Gulfstream Park Thoroughbred After Racing Program Inc.

The Department of Business and Professional Regulation denied the request by Gulfstream, saying its permit was issued for use in Broward County and couldn’t be moved to Miami-Dade. Under the rejected plan, Resorts World would have used the permit to operate up to 2,000 slot machines in Miami, while races would have remained at Gulfstream’s track in Broward County.

The most recent proposal from Resorts World Miami included two residential towers, a hotel and retail at the waterfront site, but the only activity there this summer has been the slow crumbling of the concrete floors.