Advertisement
The Newspaper for the Future of Miami
Connect with us:
Front Page » Communities » Fastest housing growth in Brickell, Edgewater 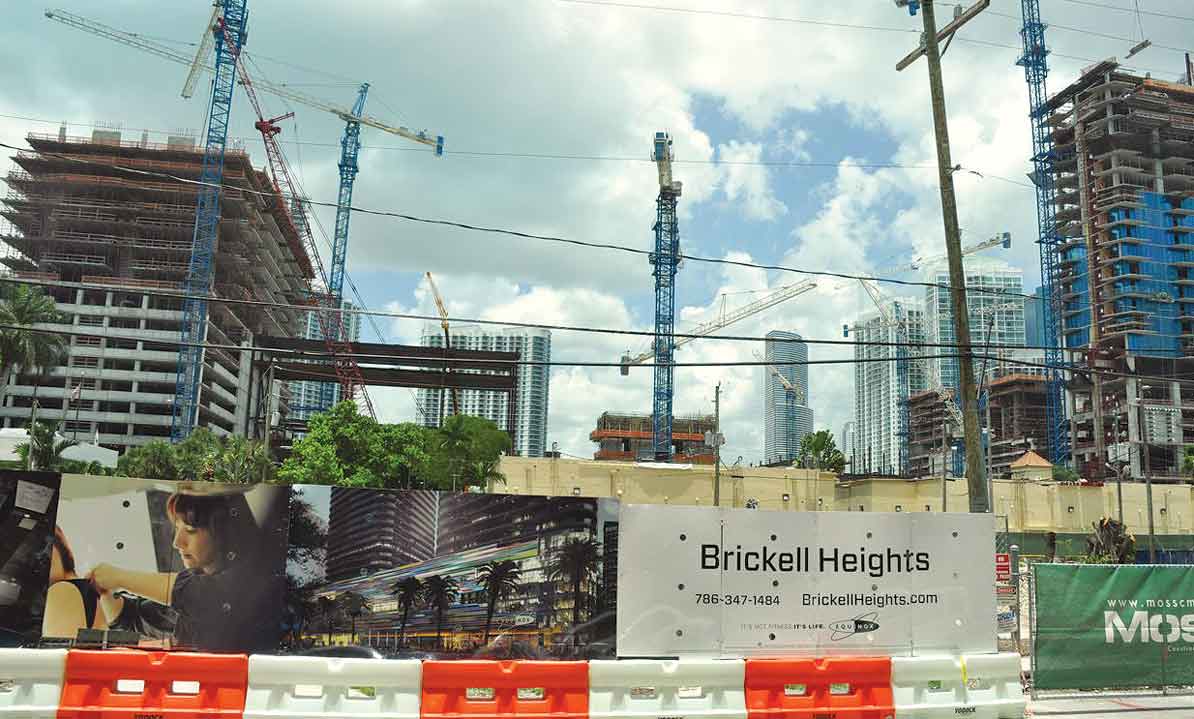 In Miami’s Greater Downtown, the Brickell and Edgewater areas are experiencing the greatest growth of residential units. Development and construction isn’t anything new to Miami but as certain areas get built out, focus shifts from one neighborhood to the next.

Of the six, Brickell and Edgewater are experiencing the greatest growth, with Brickell expected to grow 27% and Edgewater 67%, the study reports. Edgewater is topping growth by percentage partly because it doesn’t have a significant number of units now.

“It’s kind of miraculous to have such a beautiful area of waterfront property that was so untouched in a city as beautiful as Miami,” said Alicia Cervera Lamadrid of Cervera Real Estate. The focus on Edgewater and East Edgewater in particular is logical, considering that waterfront property has long been snapped up and developed in other locations.

Cervera is handling future sales of the ION East Edgewater Condominiums. The future 2751 Biscayne Blvd. project between 27th and 28th streets is expected to break ground in 2015, and is being developed by Sakor Development. ION will add a projected 330 units at an average of $475 per square foot, slightly less than Edgewater’s overall average of $553 per square foot.

“As prices go up on the beach, East Edgewater is actually a very good deal. You’ve got beautiful views, waterfront parks,” said Barbara Salk of Sakor Development. “In terms of people that will move into East Edgewater, its people who have options.”

The Edgewater neighborhood is reminiscent of Miami Beach’s South of Fifth (SoFi) neighborhood ten years ago, Ms. Salk said. As interest peaks in the surrounding areas like Brickell and the Central Business District, she said, East Edgewater will fill in as developers and buyers look for adjacent neighborhoods with similar access and characteristics. “Real estate is all about location,” Ms. Salk said. Edgewater offers quick highway access and waterfront.

For downtown and the surrounding areas, in coming years residents can expect greater infill. But interest isn’t the only factor that infill depends on.

“The infill projects will happen more rapidly once the transportation options get further developed in Miami as well,” Ms. Salk said.

The development authority’s study offers a snapshot of development in the moment. Where Brickell and Edgewater are growing fastest, areas like Midtown are in the earlier stages of life. Long-term growth is expected in the Central Business District and Arts and Entertainment areas, the study says.

Unsurprisingly, domestic buyers aren’t the ones snapping up residential units in greater downtown. The study reported that 90% of buyers of new residential units are from abroad. In a city like Miami, that’s par for the course.

“That’s been consistent in Miami forever. Miami is a city that has been built by immigrants,” Ms. Cervera Lamadrid said.

“Out-of-country investors have an edge on how to make some money in real estate in Miami,” Ms. Salk said. As financing becomes more readily available, however, greater downtown could see more domestic buyers.

“The domestic market has been on the sidelines due to a lack of financing, but as more financing mechanisms get into place there will be a new buyer base,” Ms. Salk said.

If a domestic buyer was to consider snapping up a residential condo in greater downtown, excluding non-ultra luxury projects like Echo Brickell and 1000 Museum, the average price per square foot is $559, for a total average cost of $662,439.