Advertisement
The Newspaper for the Future of Miami
Connect with us:
Front Page » Government » Honest, says Island Gardens, we’re working 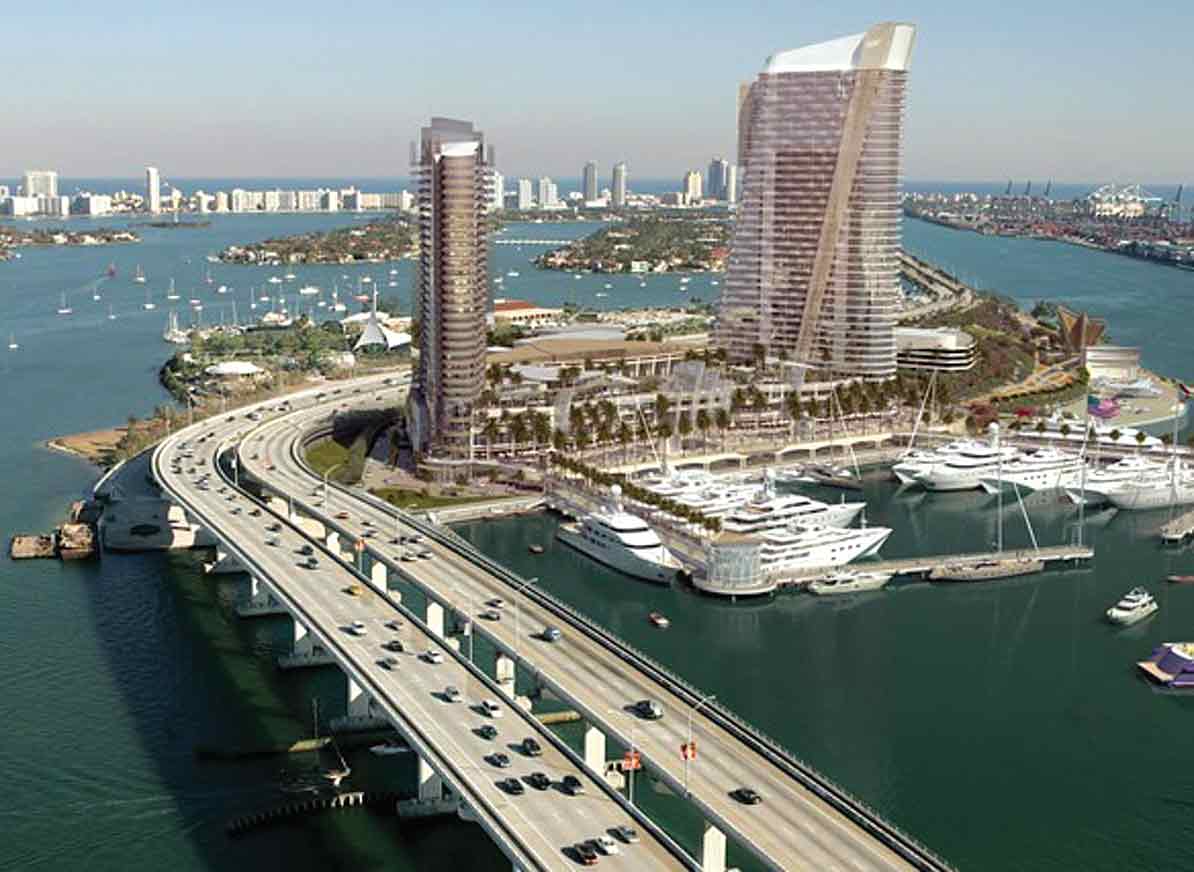 The developer of the Island Gardens resort and marina says not only has it commenced work on the long-awaited project but its site on Watson Island will be ready to host mega yachts at the annual boat show next year.

The ambitious timeline was part of a July 10 presentation by Flagstone Island Gardens LLC representative Brian May to the Miami City Commission.

Mr. May said the plan calls for the area to be dredged and a new seawall completed in time for Island Gardens to host mega and super yachts at the 2015 Miami Yacht & Brokerage Show.

“We’re shooting to finish all of the bulkhead work in time for the boat show,” Mr. May told commissioners.

To bring the first mega yacht marina to South Florida is a significant undertaking, he said.

May appeared before the commission at the request of Chairman Wifredo “Willy” Gort, who asked that Flagstone present a construction schedule for the project.

After 13 years of little to no work on the city-owned property, Flagstone announced it had begun marine mitigation at the site May 22, which represented a formal commencement of work on the large mixed-use project. The company had earlier said the work began May 31.

If he said it once, he said it three or four times. Mr. May told commissioners over and over that work has indeed commenced on the sweeping project that promises to be the very first deep water marina for big yachts.

“I am pleased to report the commencement of the marina portion of the project,” Mr. May began July 10.

He said unfortunately misleading reports in the media had questioned whether work had started on the project. Mr. May said those were intimidation tactics employed by certain Venetian Island residents opposed to the project. “That’s the source,” he told the commission.

The city owns the 6.5-acre site on Watson Island and voters approved leasing the land to Flagstone for the development back in 2001.

Mr. May narrated a slide show that touched on an outline of marina permits, a timeline of marina construction and the stages of that construction. He said marina mitigation work began in late May, beating a June 2 deadline set in the last lease extension.

Regarding the start of mitigation, Mr. May said it “constitutes commencement of the marina project – clear as day, no question about that.”

Mr. May added, “To say we have not commenced is borderline absurd.”

Prior to applying for necessary permits for the marina, Flagstone conducted and completed environmental reports on the project, he said.

Mr. May said Flagstone has already secured four major permits for the work, including a marina dredging permit from the Army Corps of Engineers issued in November 2005 and renewed through Oct. 18, 2015.

Under Stages of Marina Construction in the presentation, Flagstone lists:

Pilings are estimated to be delivered to the site by July 22.

The marine mitigation includes removal and relocation of items like sponges, sea grass and coral. Once completed, dredging for the marina can begin.

As part of the bulkhead work, demolition of existing bulkhead caps is expected to begin July 22.

Flagstone says the bulkhead must be strengthened prior to any construction on land.

The new bulkhead is to be built behind the existing bulkhead to protect the existing seawall and strengthen the upland side, Mr. May reported.

Dock material delivery to the site is to begin in about November, and installation of the docks is expected to begin in January 2015.

As they did at a June 12 meeting, commissioners turned to Deputy City Manager Alice Bravo to address the status of Island Gardens.

Earlier this year, organizers of the Miami Yacht & Brokerage Show announced that the Island Gardens marina, to be called Deep Harbour Marina, would host ‘Superyacht Miami’ as part of the annual event. It would be a display of the largest super yachts measuring over 150 feet long, and some more than 400 feet, according to the agreement between Island Gardens and Show Management, the company that co-owns, organizes and produces the Yacht & Brokerage Show.

Mr. May said Flagstone hopes to finish the entire project, which includes hotels and retail stores, by mid-2017.

“We’re committed to that date,” he said.