Advertisement
The Newspaper for the Future of Miami
Connect with us:
Front Page » Communities » Bus tour kiosks OK’d for boulevard median 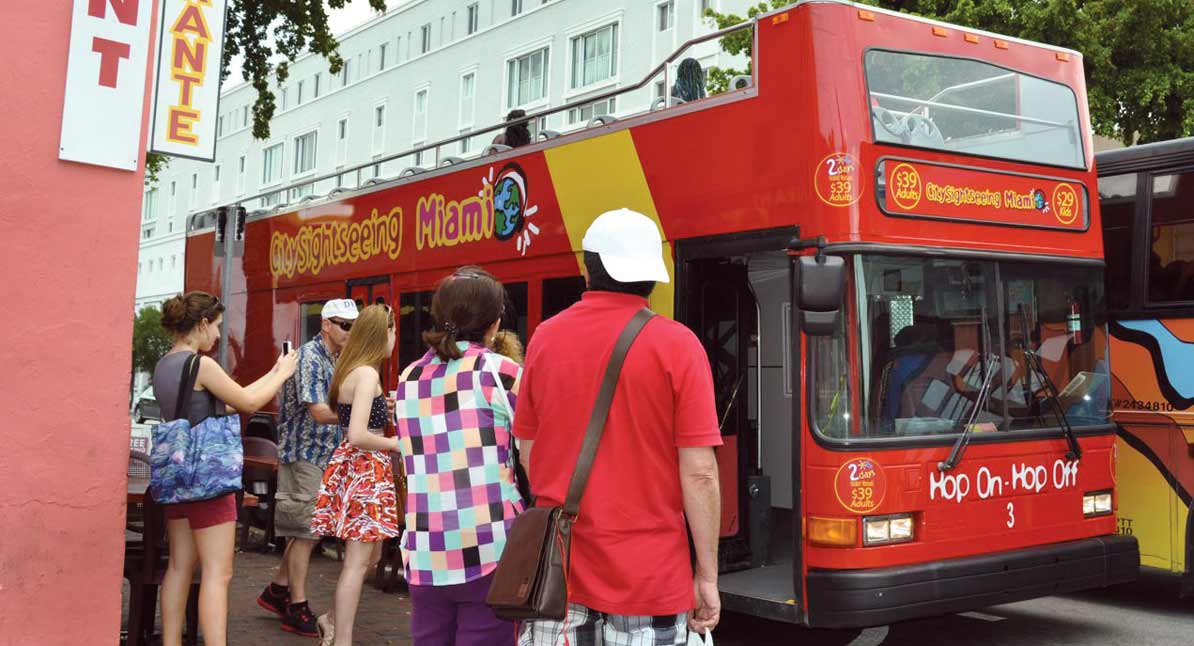 Among several bus tour businesses rounding the pavement in Miami, only one company took advantage of a special offer to boost its ridership downtown – with the city’s help.

In March, the Off-Street Parking Board approved a request for proposals from bus tour companies interested in leasing space at Lot 19 for a sales kiosk. Lot 19 is arguably the downtown’s highest-profile public parking lot, hugged by lanes of Biscayne Boulevard and just across the street from Bayfront Park.

“Additionally, the fee proposal submitted for use of the locations contains flexibility in that it outlines different fee structures based on the locations selected for this operation,” he reported to the board.

In its proposal, the bus tour company submitted several options for locating sales kiosks throughout Lot 19.

According to Rolando G. Tapanes, authority director of planning and development, Lot 19 is one large municipal parking lot comprised of six sections.

While the authority hasn’t decided whether to allow a kiosk at each section, for now staff is recommending that at a minimum it use space in sections 1 at 400 Biscayne Blvd., 2 at 300 Biscayne and 3 at 200 Biscayne for the venture.

The bus tour company’s proposal included seven options for placing up to three kiosks and a potential range of lease fees. For example, if allowed to put a kiosk in Section 1, 2 and 3 of Lot 19, the company would pay $14,000 a month. If only one kiosk were allowed, the lease would be $3,000 a month.

Authority staff is working with the company to coordinate final locations and negotiate a final lease.

The authority’s intent is to cut a one-year deal with the ability to renew for two more one-year terms.

The contract will detail the how kiosks will look, hours of operation, number of people manning them, if staff will wear uniforms and what the attire will look like, and more.

The proposal shows several images of the conceptual design of the point-of-sale kiosks, standing 12.4 feet high and 6.56 feet deep, with pop-up openings for shade. The sales kiosks would be solar powered, the designs show.

A spokesperson for the bus company told the board the kiosks will be “very beautiful,” offering shaded areas and electric outlets for people to recharge mobile devices, offering “a real enhancement to the parking lot.”

That possibility was on the mind of at least one board member, Jami Reyes.

Ms. Reyes asked staff to keep an eye on the kiosk sites to make certain cars – and pedestrians – keep moving.

“Let’s check to make sure we’re not backing up traffic,” she said.

Mr. Tapanes pointed out that buses won’t be in Lot 19, just the ticket sales kiosks.

In its introduction to its proposal, City Sightseeing said it’s a worldwide operator of open-top buses and specializes in hop-on, hop-off tours in 107 cities. The company began in 1992 by operating bus tours during the World’s Fair in Seville, Spain. The company provides information in multiple languages on the history, culture and points of interest along tour routes.