Advertisement
The Newspaper for the Future of Miami
Connect with us:
Front Page » Latest News » Warning: expand stadium or Sony Open exits 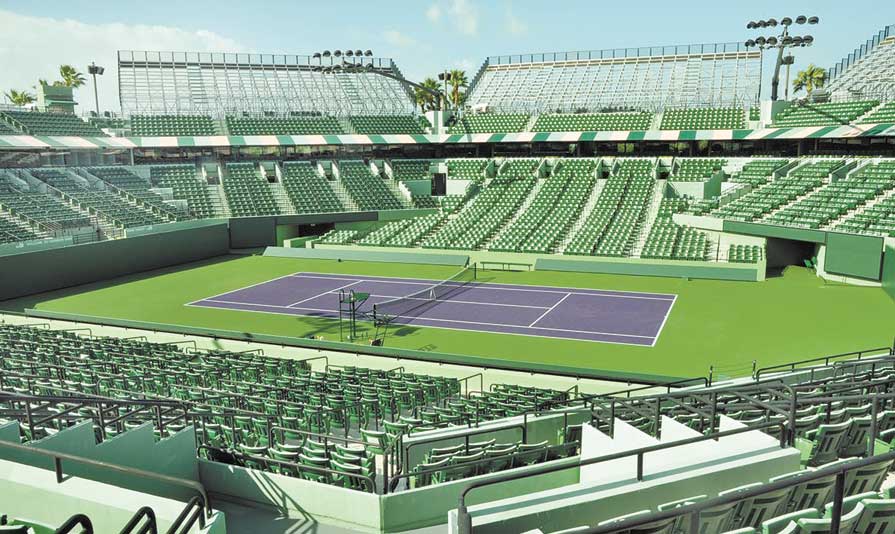 Frustrated by a committee picking apart his company’s stadium expansion plan, the Sony Open’s director says the pro tennis tournament will be forced to leave Miami if the plan doesn’t go through.

The annual Open on Key Biscayne has developed into one of the county’s highest-profile sports events, and organizers maintain the world-class players, crowds and international broadcast bring millions of dollars in economic benefits and publicity to Miami-Dade each year.

If the roughly $50 million expansion at Crandon Park Tennis Center is blocked, the tournament will have to explore moving to another US city or even to the Middle East or the Far East, said IMG Tennis Executive Vice President Adam Barrett.

“I don’t believe, without these changes, that the event will be sustainable in Miami,” Mr. Barrett told Miami Today.

His remarks came after the Crandon Park Amendment Committee voted 3-1 last week to delay a decision on the plan. The committee directed the county’s parks director to work on wording and other details and report back. A date for that has not been set.

The dissenting vote was by Bruce Matheson, whose relatives donated land to the county more than 70 years ago that became Crandon Park and who has led opposition to the tennis center expansion, including a lawsuit dismissed by a local judge.

Mr. Matheson seemed ready for the four-member committee to take a final vote last week. If so, the plan didn’t appear to have the required majority, as committee member Harvey Ruvin, the county’s clerk of courts, said he would be opposed if forced to decide then.

“I think we’re getting close. I don’t see it as a delaying tactic,” Mr. Ruvin said. “I’d like to give it a fair shot.”

No matter what the committee decides, it could be moot if the tournament organizers win their lawsuit to dismantle the committee and the Crandon Park master plan it enforces.

Referring to taller and brighter lights that would be installed, Mr. Matheson said the tennis center “would look like an oil refinery.”

“It would look like a professional tennis center,” Mr. Barrett shot back. “It looks like an oil refinery now.”

Mr. Stearns took issue with having to go back and work on the plan if the committee doesn’t intend to approve it anyway. He concluded by alluding to his suit that challenges whether “this committee legitimately exists.”

Sounding exasperated, Mr. Barrett said county voters supported the plan in November 2012 and it has been before the committee for about a year and a half.

If the expansion is thwarted, he told the committee, “you’re going to end up with six clay courts and no tennis tournament – have fun.”

After the meeting, he said that without the expansion the Open probably would pull out of Miami before its current lease with the county expires in 2023 because the tennis center is no longer suitable for a top-tier event.